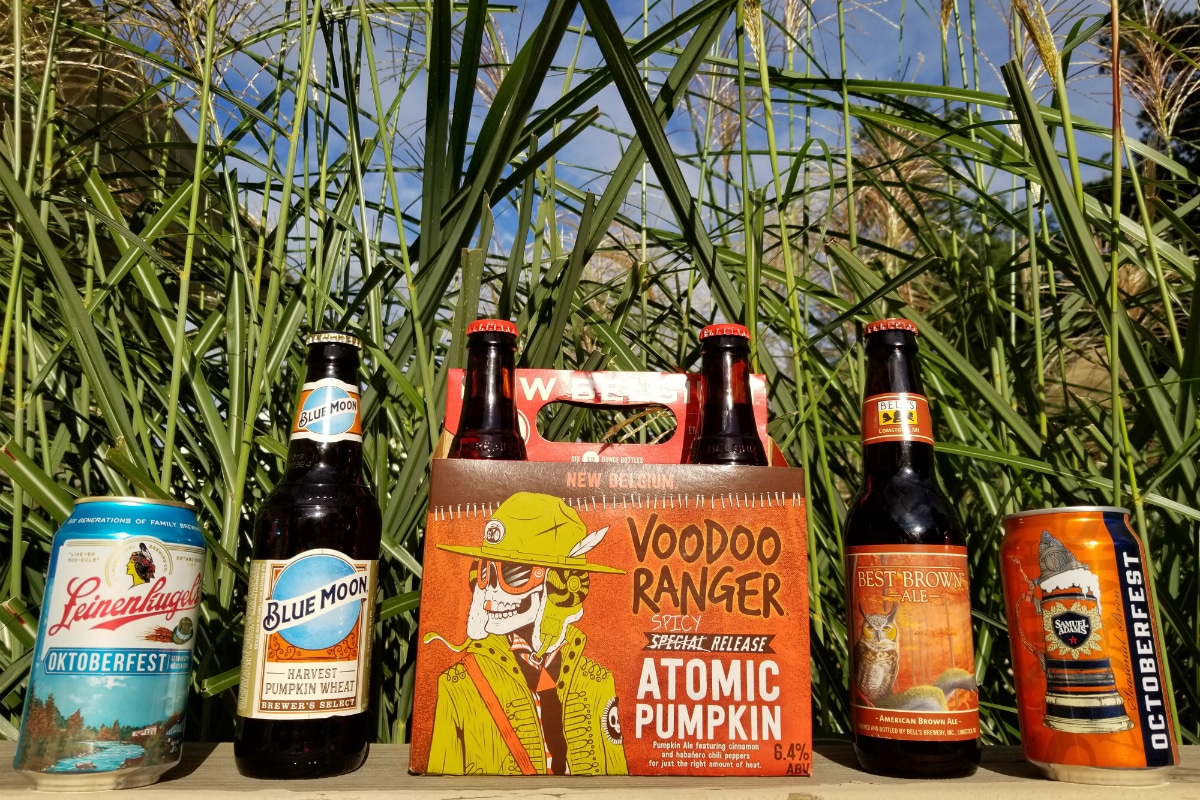 Autumn is nearly here and Indiana Beverage is getting ready with a lineup of amazing beverages to follow suit. The Lifer crew had the chance to sample some of these fall-focused flavors and had a blast getting into the spirit. Cool temps may mean bundling up, but some of these beers had us kicking back and embracing the season in all its glory.

The options were plenty and we enjoyed them all, but here’s what the Life team thought:

Stephanie Swearington: I love the fall, and found the Atomic Pumpkin from New Belgium gave all the essence of this time of year. The smell of pumpkin spices and the slight bitter/sour finish was a great thing to cuddle up with on a brisk fall afternoon.

Cody Morse: Fall isn’t Fall until you have your favorite flannel and New Belgium’s Voodoo Ranger Atomic Pumpkin. With its robust taste, this unique pumpkin beer really brings the season together.

Jenny Craig-Brown: I am in love with Leinenkugel's Octoberfest! I love fall and all the amazing beers that come along with it but this was my favorite. Cheers to fall beers!

Candace Arvin: Did somebody say PUMPKIN!? New Belgium’s Voodoo Ranger Atomic Pumpkin is the perfect addition to your fall beer line-up. This brew puts a spin on traditional pumpkin flavored ales by adding Habanero peppers and a bit of Saigon cinnamon to the mix. The perfect beer if you’re looking for something sweet and savory, but not too overpowering!

Jennifer Bissonnette: Halloween is the best part of fall, for me anyway, and the Voodoo Ranger Atomic Pumpkin fit right in with the décor. With a flavor that doesn’t overwhelm with pumpkin, it’s got a great kick that gets you right into the fall spirit!

Kayla Belec: I don’t usually go for pumpkin flavored beers (too sweet for me!) but New Belgium’s Voodoo Ranger Atomic Pumpkin quickly proved to be an exception. My eyes actually popped open when I took my first sip, because it had a perfect little hop to it that I was not expecting. I feel like this beer is perfect for any beer drinker: it’s easy-drinking for those who prefer to stick to the classics and punchy enough for those who prefer hoppier beers; it’s unique in its craft beer flavor, and delicious enough for those who don’t even like beer much. As for me, that extra bite combined with the quintessential spicy taste of pumpkin made me want to throw on some flannel, hop on a hay ride, and drink this beer all autumn long.

Nick Dapkus: Signs of fall are always easy to spot; be it the changing of the color of the leaves, cooler weather, and most of all everything being flavored pumpkin. Some are good, some are ok, and some are oh so delicious, like the great Blue Moon Harvest Pumpkin Wheat. Being brewed with real pumpkin makes this beer stand out as the clear favorite and the one to turn to when you want good pumpkin beer.