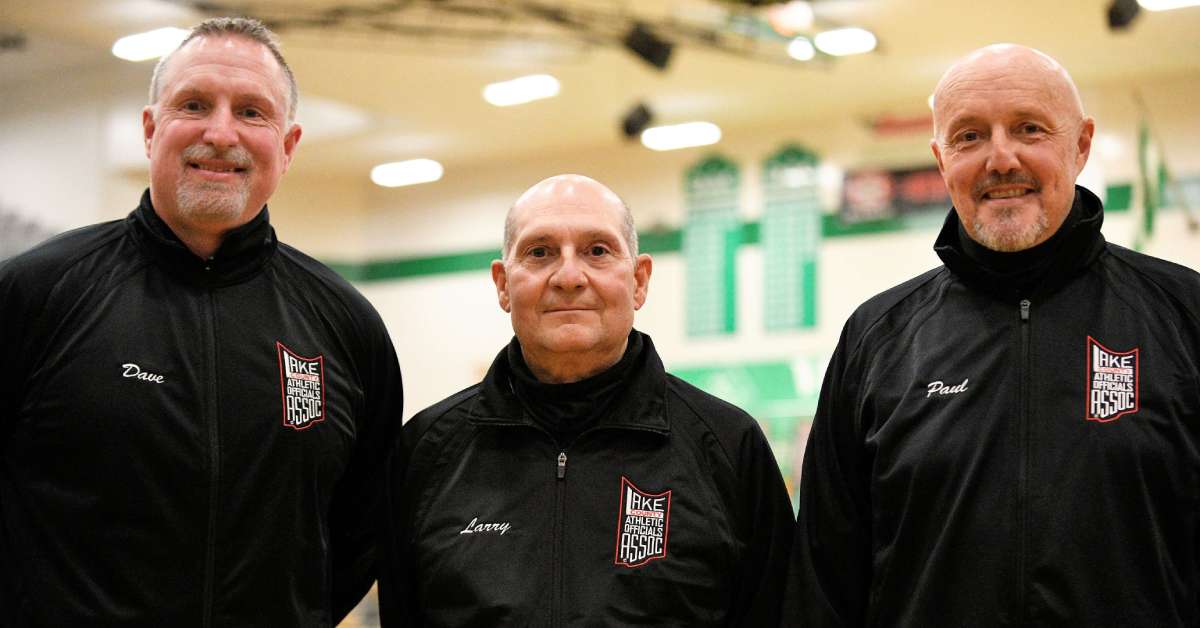 They have a combined 75 years of experience between them and have been officiating together for seven years.

“They (Samano and Waisnora) were working together, and I was getting back into officiating. When their previous third member retired, I joined them and we have been working games together ever since," said Uran.

Tonight, they were at Valparaiso High School where the Vikings hosted the Portage Indians.

When asked who they predicted would win, Samano chuckled as he replied, “The team with the most points.”

Clearly, the officials were remaining neutral. It was the Vikings who sank the first basket, and at halftime, they were up by eight points with 29 points total for the Vikings and 21 for the Indians.

Whether it was their calm demeanors or expertise, there was no arguing with the calls, as Uran, Samano, and Waisnora cited fouls and violations for both sides. The three officials were in sync as they traded viewpoints and hustled up and down the court. Their experience together showed. Both teams’ coaches and players stopped to thank the officiating trio before departing the court.

In the end, the Vikings were victorious with a final score of 59 points and the Indians 35 points. High scorers for the Vikings were Cooper Jones with 13 points, Mason Jones with 12 points, Colton Jones and Breece Walls with 11 points each, and Grant Comstock with eight points. The top scorers for the Indians were Kamari Slaughter with 10 points, Jaelon Hollies with eight points, Grant Clark with six points, and Nate Orosz with five points.