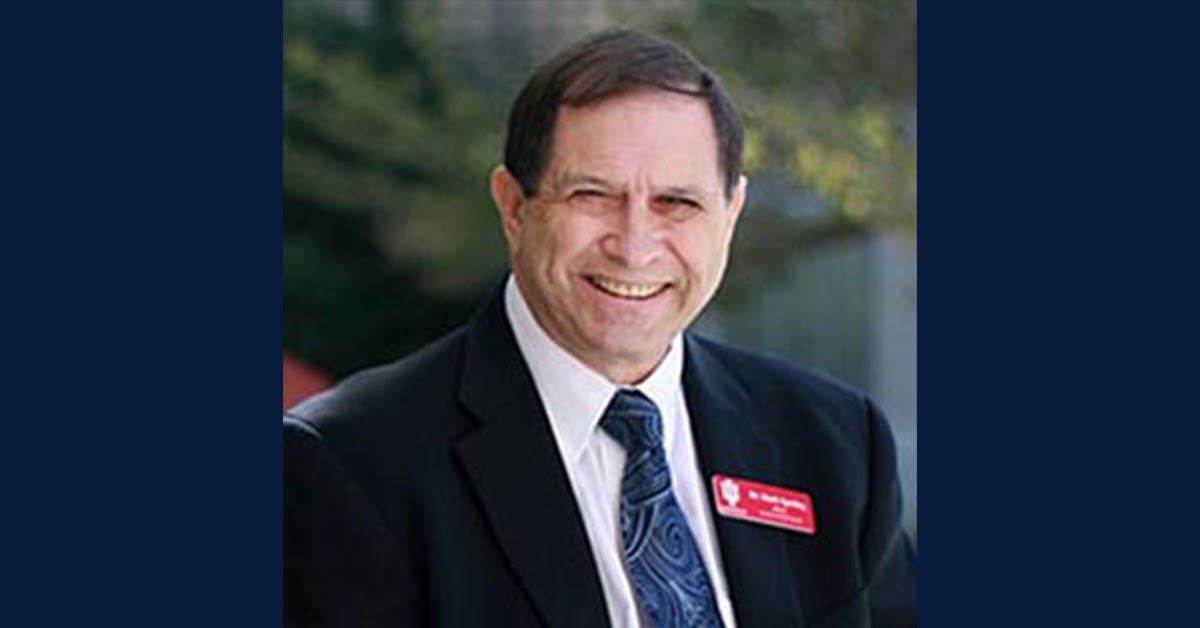 Being an educator at any level isn’t easy, to say the least. And at one point or another, we’ve all been impacted by a teacher. Over the last few years, the overall desire to become a teacher has declined. One teacher of excellence, however, is developing the next generation of teachers of excellence through academic proficiencies and positive relationships at all approaches to education.

Interim Dean of the School of Education at Indiana University Northwest (IUN), Dr. Mark Sperling, is working to change this declining desire and has been a key part of the department’s growth.

“When I came to IUN in 2001, the enrollment was down and people weren’t feeling as good about the visibility of the department. We’ve really turned that around,” Sperling said. “I think a lot of the growth comes from us being out in the field, meeting with local principals and superintendents, and talking to high school students about the rewards of teaching.”

Sperling first started at the university as an adjunct instructor, then, in 2016, he took on his current role.

“It’s a busy and very involved role. It’s kind of like being an assistant principal and superintendent because you’re responsible for employees, maintaining a high level of quality in the program, and at the same time, involved in recruiting accreditation and advertising,” Sperling said. “We’ve been around 300 students for the last few years which makes us the largest of the regional campus schools of education. It’s a lot of work, but it’s been paying off well.

Connecting with schools around Northwest Indiana has been a vital role in the School of Education’s growth. Sperling says it’s his previous work experience that’s helped the department make those connections.

“Working with the local school districts is a joy to me,” Sperling said. “I worked for Merrillville Community School Corporation for 14 years and had contact with a lot of principals and superintendents along the way. I was on the advisory board for the Great Lakes Comprehensive Center, and that’s allowed me to meet with even more people.”

Sperling has a diverse teaching background, which is a major attribute to part of his success. Prior to working at IUN, Sperling taught at a high school in Detroit, Michigan, University of Detroit, Eastern Michigan University, and Wayne State University.

“My previous experience working with students at the high school and collegiate level has really provided a great foundation for me to be successful in my position,” Sperling said. “I’ve had some outstanding mentors that have helped me throughout my career. Even here at IUN, there have been wonderful people that have really helped and encouraged me to be successful.”

Recently, Sperling’s success at IUN has received some big recognition as he was invited to address the Indiana State Board of Education to talk about the university’s recruitment efforts as well as improving the environment for teachers coming up through the ranks.

“We’ve done a great job of recruiting,” he said. “It was so significant to me to be able to speak to an important state body about something near and dear to my heart, which is recruiting teachers, bringing students into the School of Education, and helping them to be the very best they can be. I call them Teachers of Excellence.”

While a lot of students may turn away from the possibility of a career in education, Sperling is working to show students why they should teach. During his time as interim dean, Sperling has worked with his colleagues to implement new activities and programs to help boost enrollment.

“We have a beginning of the year welcome back party, we do a teacher recruitment fair at the end of the year, we’ve established a principal and superintendents luncheon, we bring in keynote speakers, we have enhanced our mock-interviews for our students, and developed relationships with charter schools, public schools, private schools, and parochial schools. We really try and reach out to the whole education community,” he said.

Sperling says the greatest reward to his career is seeing the results of his and the department’s efforts to have students go on to fulfill teaching roles and getting to see students be successful.

“Teaching is a worthwhile endeavor. In my eyes, their success is my success, which is the university’s success,” Sperling said.