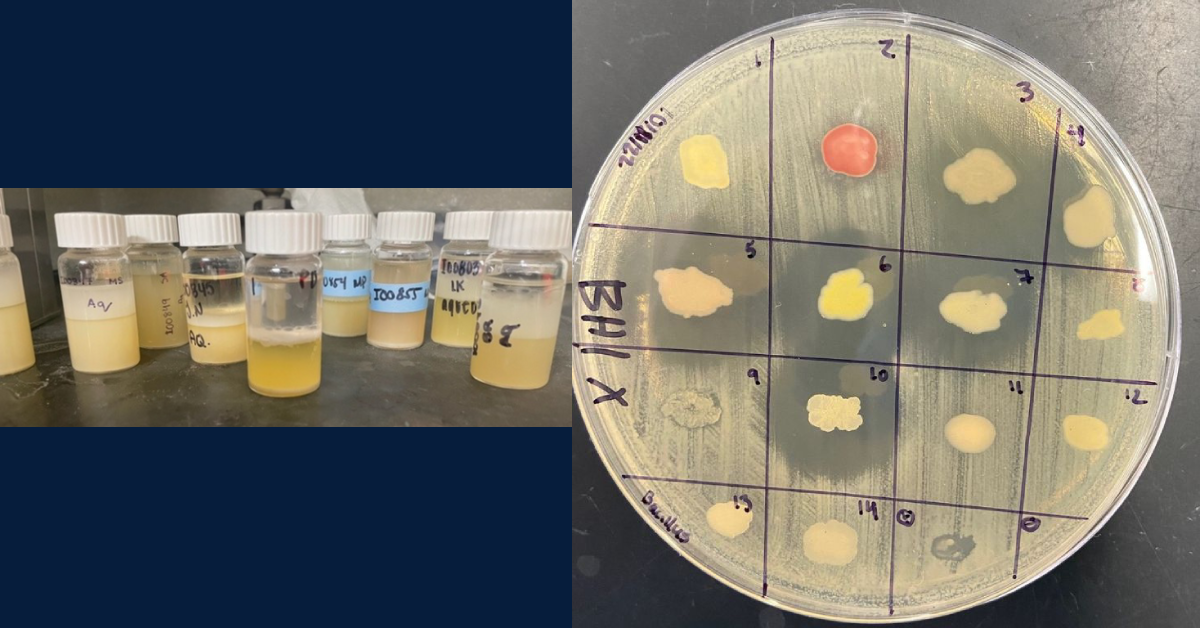 Microbiology Assistant Professor Jen Fisher tells her students to get their hands dirty, specifically by studying local soil bacteria in the hopes of contributing to future pharmaceutical advances.

Her collaborative classroom approach is inspired by the Tiny Earth Project, which involves students in scientific research to address the diminishing supply of effective antibiotics—one of the most pressing global health challenges of our century.

“I didn’t know anyone else doing this,” Fisher said, “but I saw it and thought, ‘This is an amazing idea.”

Fisher appreciated Tiny Earth’s proactive approach to building educational interest in the sciences, while contributing to a larger, global goal. After going through training to become a partner instructor, she adapted variations of the Tiny Earth Project both into her microbiology majors’ classes and a freshman seminar course.

“This lab project is looking for new kinds of antibiotics that would help offset the growing issue of antibiotic resistance,” Fisher said. “Central to this project is the opportunity to engage students. I wanted to get my students interested in microbiology by providing a clear and direct application of the things they were already learning.”

Unlike other educational settings where students are taught there is a right or wrong answer, Fisher's lab offers an environment in which students learn alongside their professor. Not to find an answer, but purely for the act of discovery.

“I don’t even know what’s going to happen!” Fisher said. “We’re discovering together. For most students, the enthusiasm level is so high.”

Senior biology major Paige Sanborn agrees, “In most labs, the instructor already has certain labs planned out and has certain expectations of what the results should be. In this lab, however, it was very exploratory in the fact that there was a general outline for what we had to do, but, overall, the goal was to find something that produced antibiotics. You didn’t know what you were going to get!”

Overall, the research led to a very collaborative environment. While some students had soil samples that produced multiple strains of antibiotic-producing bacteria, other students’ samples did not. Regardless, one student’s win equated to an opportunity to pass a petri plate around the room for the entire class to observe.

At the end of the semester, Fisher estimates the class had ten soil isolates that showed inhibition towards other bacteria. In other words, they showed promise in the world of antibiotics. Because the isolates can be frozen with glycerol stocks and then revived, all potential producers were preserved and archived for future use.

"I loved learning about antibiotics. Going into the podiatry field, infection is a big concern,” Sanborn said. “Being able to learn something that I know for a fact that I can use in my occupation was really awesome!"