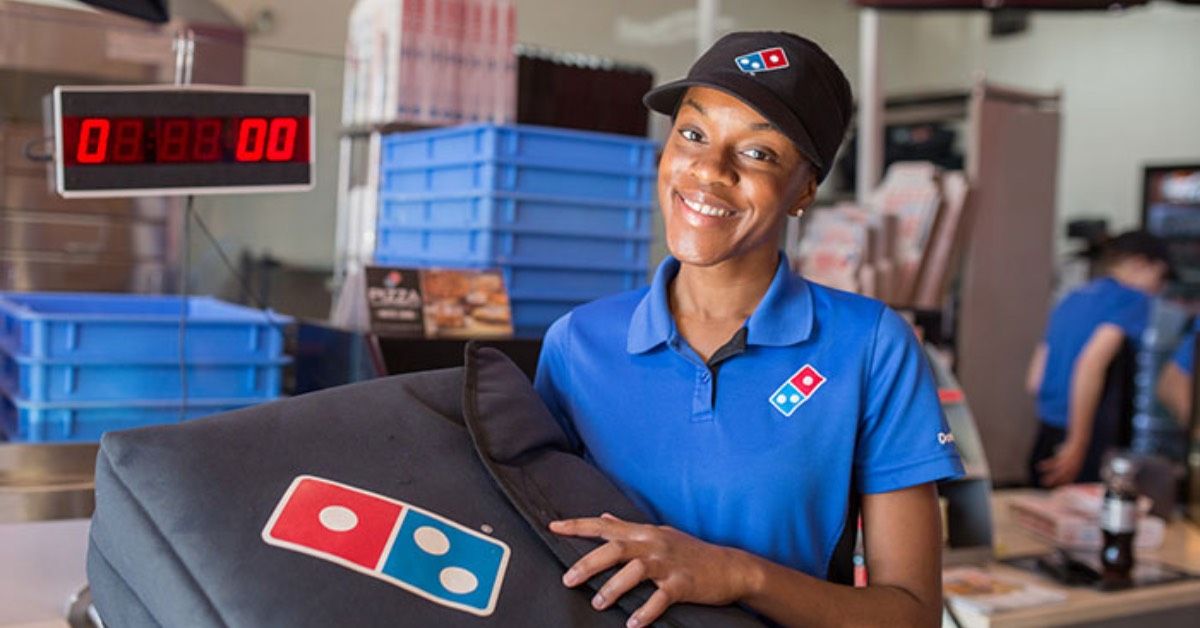 With new locations popping up left and right around Northwest Indiana, Domino’s Pizza is growing and ready to bring interested employees along with them to take advantage of the many opportunities available.

Jim Gronemann, owner of the Domino’s Pizza in Hobart that successfully opened in August 2020, wants community members around the Region to be aware of how much Domino’s Pizza is developing and how jumping on board is a great idea. Most recently, Domino’s Pizza hired seven new district managers and is planning to continue hiring more. Acting as the bridge between employees and store owners, district managers are able to bring new employees into the stores while also voicing concerns and ideas of existing employees.

“These new district managers are there specifically to help get the stores running, to help develop and recruit new talent so that they can continue to move up the ladder should they desire to do so,” said Gronemann. “They’re your sounding board. If you have a problem with something going on in the store, we want them there to make sure that our hourly team members in the store, who might not always see the owner, are able to share their ideas.”

In terms of growth within the company, Domino’s Pizza has many levels of employment that allow those who are eager to grow to take on different positions by showing their interest, hard work, and dedication.

“The cool thing about Domino’s is there’s so much opportunity right now with the stores that we’re building,” said Gronemann. “People who start out as drivers or pizza makers can go into our assistant manager program to become a general manager. Beyond that, there are supervisors, so the fact that there’s this ladder that you can climb is great.”

Gronemann himself journeyed from a delivery driver to now owning his own franchise, serving as a great representation of the kind of growth that Domino’s Pizza wants to see their employees take on.

“In some businesses, you can’t go any further than where you are. We’re just the opposite to the point where you can, like myself for example. I purchased my own store,” said Gronemann. “It’s really up to the individual in how far up the ladder they want to climb, and there’s just really no limit to that.”

Domino’s Pizza offers training programs for store employees so they can learn the skills necessary to take on a new position. Best of all, these programs can be tailored to your own pace.

“During the interview processes, we try to find out what you’re looking to do, but we’ve got our training programs in the stores, and we hold classes in our Region for those who are interested and want to come to those,” said Gronemann. “It’s not like we need you to complete it within 30 days or something. We know everybody moves at their own pace, and we don’t have a problem with that.”

Over the next couple of years, Domino’s Pizza has plans to open between six and eight new stores, only further reiterating their need and desire to hire employees in just about every position.

What employees appreciate about their job with Domino’s Pizza is the teamwork and friendships. The feeling of successfully tackling a busy dinner rush of customers with your team and the satisfaction of creating, delivering, and serving many orders in a short amount of time, ultimately making the customers who trust you with their food happy, is what employees cherish.

Most notably, being able to work in a positive environment of like-minded coworkers to provide families with their requested meal for their fun, Friday night really emphasizes to employees that their work is meaningful.

“You’ve produced people’s dinner, and you’ve changed them for the better. That’s special,” said Gronemann. “It might not seem like much to some people, but you’ve done something so positive for someone’s day that you don’t even realize it’s not just about making a pizza.”

“Don’t discount Domino’s as just another food place, because it’s not. There’s something really special going on in Northwest Indiana,” said Gronemann. “If you’ve never thought about it, then maybe just take a look. There’s going to be a lot of continued opportunity coming up, so now’s the time to get on board.”

Wondering how your interests and talents could fit in with the team at a Domino’s Pizza near you? Visit their website at jobs.dominos.com/dominos-careers/ for store locations and job applications.