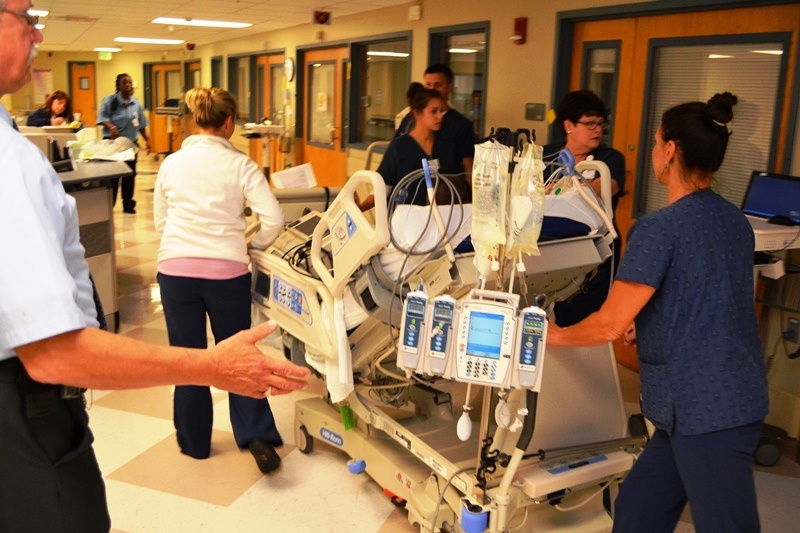 Franciscan St. Margaret Health-Dyer nurses and staff remove patients from the Intensive Care Unit during a hospital Disaster Committee emergency evacuation drill Oct. 14. The scenario involved a small fire that was quickly extinguished on the third-floor unit, but which resulted in heavy smoke and the need to move patients to the second floor until the “all-clear” was given. Valparaiso University nursing students portrayed the patients, who suffered from different maladies that had to be taken into account during the process. 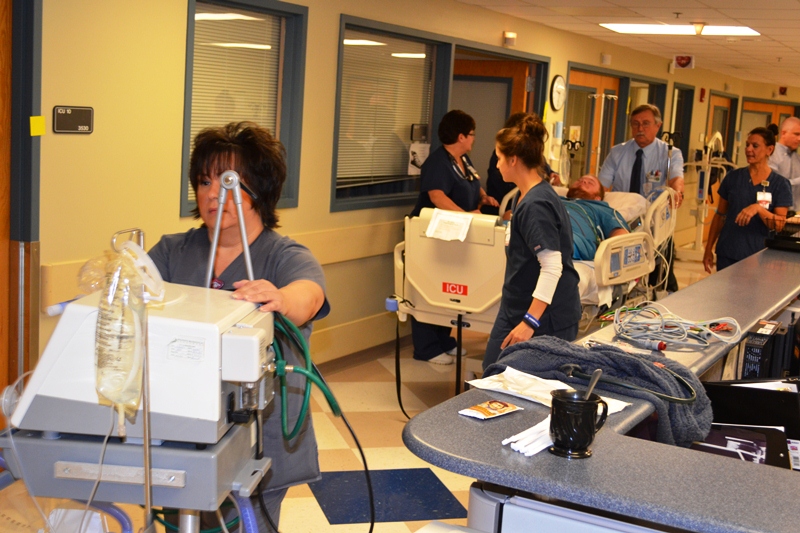