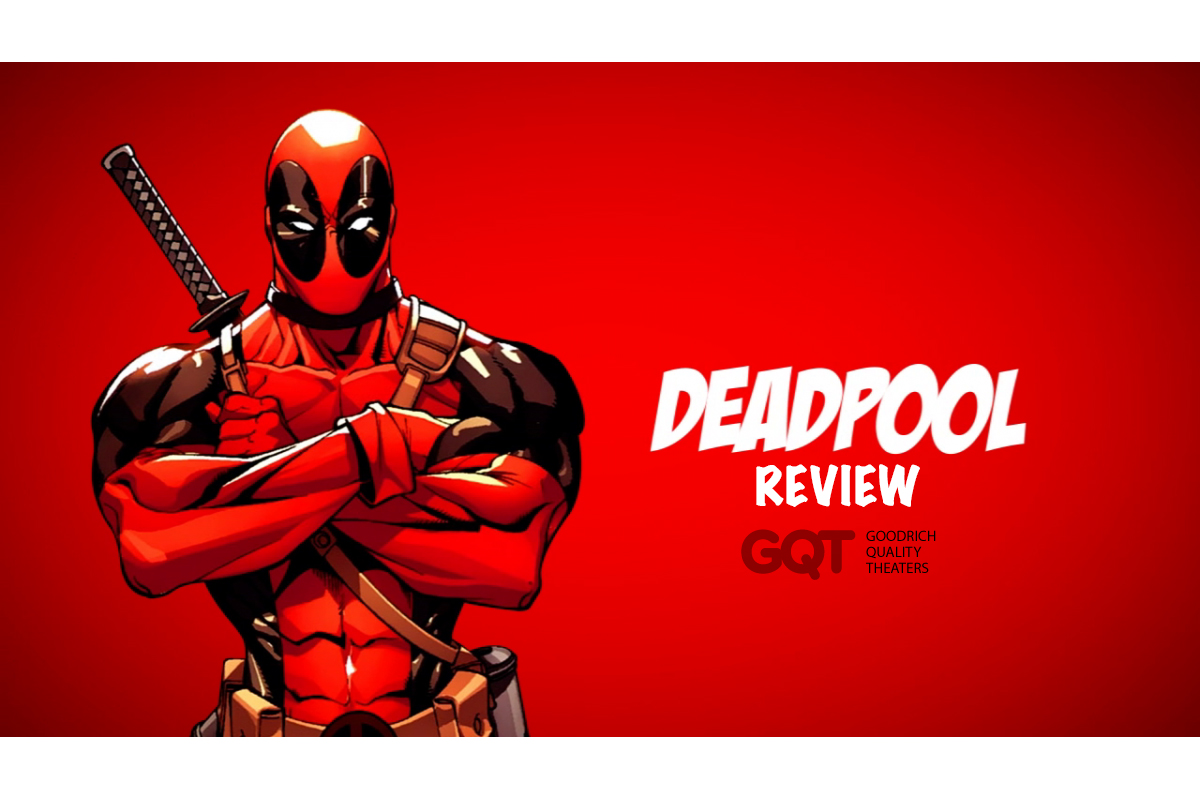 It seems odd to think that the superhero movie that takes itself less serious than any other “superhero” movie one has ever seen would present one of the most serious crossroads the thriving genre has ever come to.

But here we are with Deadpool.

Deadpool is everything we would not expect from a superhero movie, yet it’s $135 million weekend opening speaks loudly that audiences and fans of comic book movies are tired of the expected; they want different, edgy, and absurd.

Deadpool, which I was fortunate enough to see at the Portage 16 IMAX, satisfies this crave for the unexpected and real, and steps beyond the comic book genre unapologetically.

It’s budget was a cheap $58 million, preferring to be over the top not through large CGI, but in crude humor and ultra-violence; almost a deathwish in an industry where PG-13 was once a requirement for success. The star of this absurdist show is, of course, Deadpool/Wade Wilson (portrayed by Ryan Reynolds), the main catalyst for the chaos throughout the movie.

At times, yes, Reynolds does get a little on the annoying side as the movie wears on, but it’s at that moment when you realize that, just like in the comic book, the humor of the situation to ‘Pool is just as much as a mask as the physical one on his face; a crutch to carry him through situations that would break him.

But it’s this “annoyance” of the ‘Merc With a Mouth’, a lead character who cannot stop talking, often about very lewd subjects, that you have to accept as an emotional driver of the plot in order to enjoy the movie. Take his talking for just talking, and it will wear on you.

But that’s pretty much the theme for the whole movie, if you go in wanting the “expected,” you will find disappointment at every turn. There is, of course, a romantic interest tied into the plot, but the relationship is far from one you would expect from a typical “hero” film.

There is also, of course, a “good vs. bad” element in this with Deadpool vs. Ajax, but even that storyline, all the way to the final (spoiler) fight is laced with a dark humor that almost blurs the line of violence/comedy and good/bad.

The theme here is go into this film without expectation of what a superhero movie is, or isn’t, because this movie worked very hard to make sure, to put it bluntly, is what it is,

Deadpool, nothing more, and nothing less.