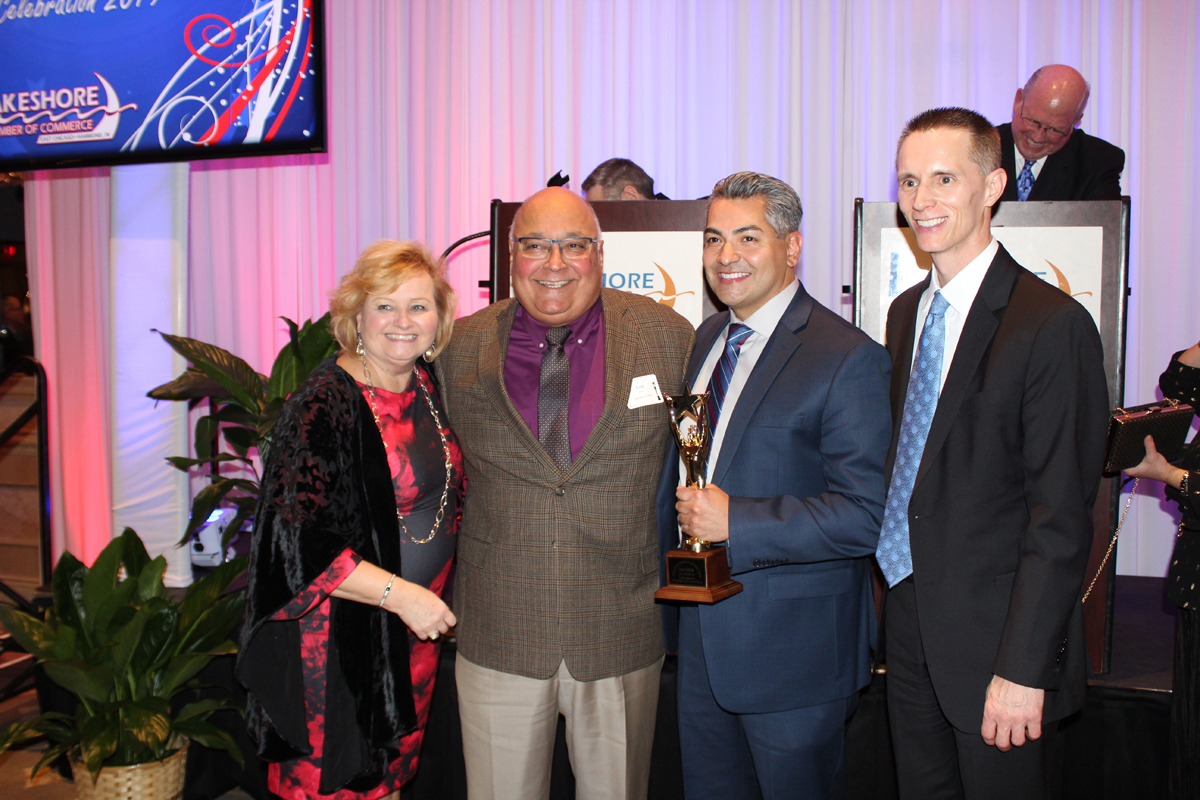 St. Catherine Hospital Chief Executive Officer Leo Correa has been named the 2019 Business Person of the Year by the Lakeshore Chamber of Commerce. The award was presented by one of Northwest Indiana’s largest business associations during the 110th annual “Evening of Recognition and Celebration” on Saturday, March 9, at Dynasty Banquet Center in Hammond.

At the event, St. Catherine Hospital also received a Civil Service/Economic Development award for investment in community and quality healthcare from the City of East Chicago.

Leo Correa has served as Chief Executive Officer of St. Catherine Hospital in East Chicago since February 2017 and within two short years has brought about transformative change, Ryan said. Correa was honored for his leadership to inspire staff, mobilize hospital initiatives and forge partnerships to improve the health and wellbeing of residents and help to make Northwest Indiana communities a better place.

In accepting the award, Correa said that he is honored to be a recipient of the award and is proud to be chief executive of one of the greatest healthcare facilities in Northwest Indiana.

Since Correa joined St. Catherine Hospital, he has:

Correa, a 2017 recipient of the Southlake Hispanic Chamber of Commerce Lifetime Achievement award, also serves on the boards of Community Cancer Research Foundation; United Way of Lake County and Laini Fluellen Charities. He is chairman of the board for “219 Health Network,” a health center developed to meet the community’s primary care, obstetrics/gynecology and behavioral health needs.

Though the Correa family has lived in Northwest Indiana for 15 years now, his role at St. Catherine Hospital represents a true coming home. Correa’s father worked blocks away from the East Chicago hospital as a welder for Union Tank Car Company. The first generation son grew up on the South Side of Chicago. Correa received a bachelor’s degree in Finance from the University of Illinois, Chicago. He obtained a master’s degree in Business Administration, with a concentration in health services from Keller Graduate School of Management.

Before joining Community Healthcare System, Correa served as Vice President of Clinical Affairs at Rush University Medical Center. At Rush, he directed facility planning and the transition of a $20 million clinic expansion to a new Chicago campus outpatient facility. He designed floor plans and clinical workflows for newly constructed infusion centers in Oak Park and locations in DuPage County. Prior to 2005, he was Associate Administrative Director for Operations at Robert H. Lurie Comprehensive Cancer Center at Northwestern University, Chicago, and Executive Administrator of University of Chicago Cancer Research Center. Correa also served University of Chicago as director of Finance.