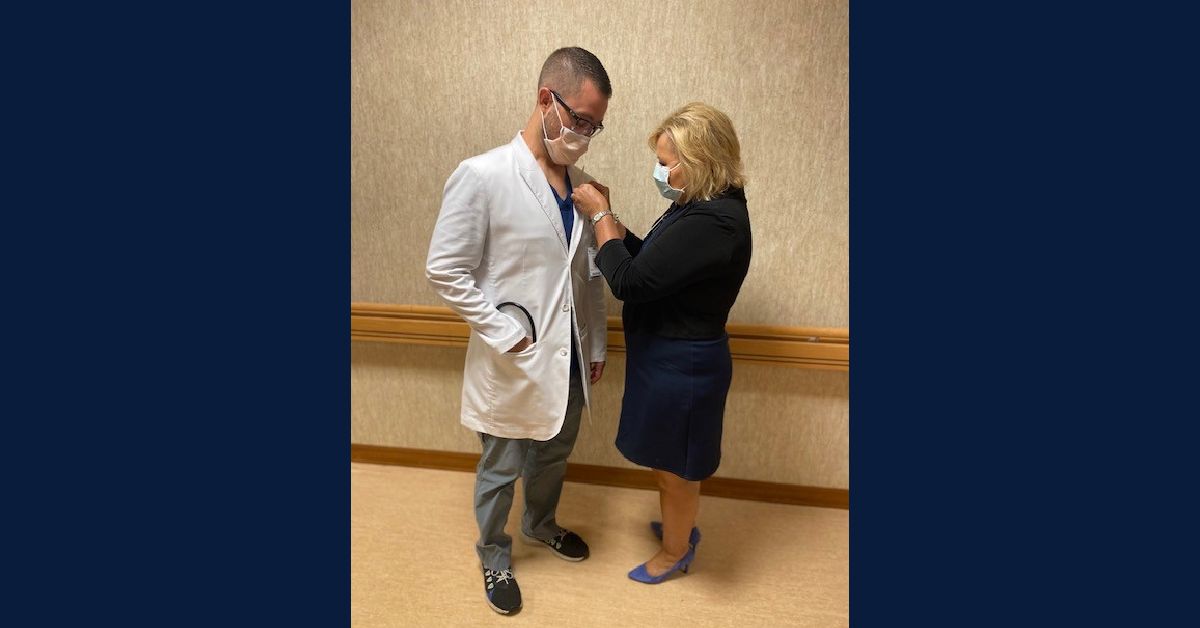 Last month was Sepsis Awareness Month, but raising awareness about this life-threatening medical emergency is essential year-round according to Lisa Leckrone, director of Quality and Risk Management at St. Mary Medical Center.

“We try to promote sepsis awareness at our facility monthly,” Leckrone said. “We have a campaign called Sock it to Sepsis, where we recognize our nursing staff for early detection and communication with our providers to ensure proper sepsis treatment.”

Even without underlying conditions, anyone of any age can be affected by sepsis, which is the leading cause of death in U.S. hospitals, as noted by Leckrone. The more knowledge of sepsis symptoms, the more lives are saved.

“I want people to recognize the signs of sepsis and not ignore their bodies but decide to seek medical attention promptly. It's when you ignore those warning signs that it gets scary and can lead to severe sepsis or the septic shock phase, which can lead to mortality,” Leckrone said.

“The majority of the patients who get sepsis, usually around 87 to 90%, acquire it from the community prior to their arrival at the emergency department,” Leckrone said. “When people are diagnosed and told they have sepsis, they don’t recognize that term most of the time.”

There can be several warning signs of sepsis, including fatigue, difficulty concentrating, shortness of breath and fever. Leckrone said sepsis is the body’s response to infection and often stems from everyday infections that people may not recognize as life-threatening. These common causes include respiratory infections, such as pneumonia, and urinary tract infections.

“Some of the best ways for people to prevent getting sepsis is to make sure they're vaccinated against any type of respiratory illnesses,” Leckrone said. “Even the flu can turn into sepsis, as can COVID. Any time people can get vaccinated, that is a good prevention technique. One of the things that the hospital educates the community on is the importance of good oral and hand hygiene.”

“The top performers get a sepsis awareness superhero cape along with a medal and certificate from our chief nursing officer. Dr. Noah Lee has actually been recognized seven years in a row for early recognition 100% of the time patients present symptoms,” Leckrone said.