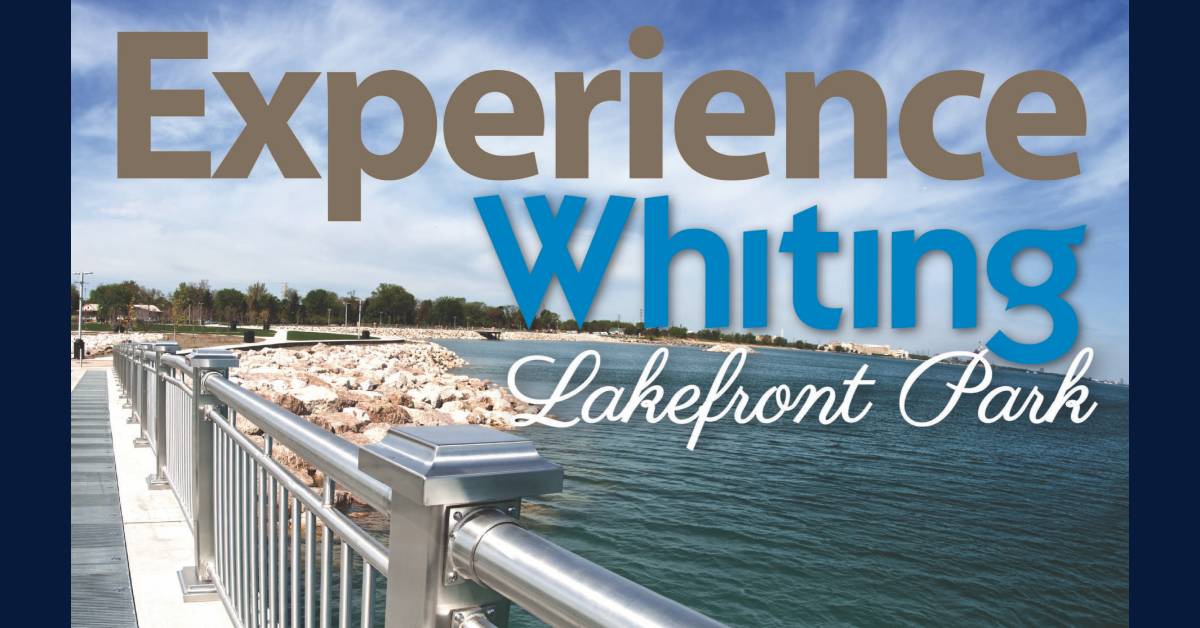 In a normal time, the Whiting Parks & Recreation Department hosts events for the community, something Superintendent Adi Cruz and her team are looking forward to bringing back as well as highlighting the beauty the city has to offer.

For Cruz, a lot about her hometown of Whiting, Indiana has evolved and grown, much to her excitement. Now in her 12th year with the city’s Parks & Recreation Department—most recently as the new superintendent—Cruz is helping to lead the department toward continued growth.

Cruz started working with the Whiting Parks & Recreation Department right after high school as summer help in 2009. While attending Purdue Northwest, she continued to work for the department and later began full-time as park maintenance, running her own facility, doing routine maintenance, and even cutting grass at times.

“About two years ago, I moved into City Hall to work as the park department secretary doing office work,” Cruz said. “I’ve been here my whole career, and at the beginning of this year, I made the transition to Superintendent.”

As Superintendent, Cruz oversees all operations at every city park, rentals, and bookings, and the park department office in City Hall. Cruz is the first permanent superintendent to the department since 2017 and brings a deep knowledge of the city and its needs gained from her experience in every area of the department, which has helped her to be able to share the beauty of the city with others.

The Whiting Parks & Recreation Department hosts many events around the city during normal circumstances, one of them being the department’s biggest event, the 3rd of July Party in the Park, which features a firework show, concert, and beer garden and brings people from all over to enjoy what Whiting has to offer. Another big event for the department is the back-to-school event at the Art Pavilion for local kids.

Whiting’s WhoaZone, another great feature brought around by the Whiting Parks & Recreation Department, has become a destination for many visitors at Whihala Beach. An inflatable on-water obstacle course, WhoaZone has brought in a lot of people looking for a fun, action-filled day. But for those who want a relaxing day in the park, Cruz emphasized the importance of having these types of spaces in a city.

“You look out at the lakefront and beach, and you feel relief and calm,” Cruz said. “I believe that is such a great attribute Whiting has. Being able to walk or bike along two miles of trail, being with your friends or family on a nice day or sitting on a bench enjoying flowers and green spaces make it a place people want to be.”

Cruz brings a love for the city and its natural beauty. She spends as much time as she can enjoying Whiting’s parks and trail.

“I love being outdoors, I love being active,” Cruz said. “Being a part of that and seeing what we can add to our department to help people enjoy what I have enjoyed has been fulfilling.”

The city’s trail is a frequent destination for Cruz and many other residents, thanks to the unique services and security it provides.

“I’m an avid runner, so I’ve spent a lot of time on trails around the Region, including ours. I always feel safest when I’m on Whiting’s trail,” Cruz said. “Our bike and running trail is lit at night, which isn’t something I’ve noticed in other cities before. Part of the trail even has cameras, so it always gives me that little peace of mind that I can run at night and still have that safety feature.”

“We also just put up a bike maintenance station on the trail and have plans to add two more,” she continued. “I’ve never seen that on another trail before. They can inflate their tires and do other low maintenance while on the trail.”

Cruz also cites the lakefront as one of her favorite spots and remembers taking advantage of its beauty when growing up in Whiting. Now, she sees it as one of Whiting’s most unique features that has become a destination for those looking for a good view.

“You go out to other cities and think, ‘I live by a beach and on a clear day I can see the Chicago skyline,’” Cruz said. “People who aren’t familiar with our parks and lakefront are always surprised this is a feature we have, so it’s something everyone should get to experience.”

For more information about Whiting Parks & Recreation Department, visit their website at https://www.whitingindiana.com/government/parks-recreation/.