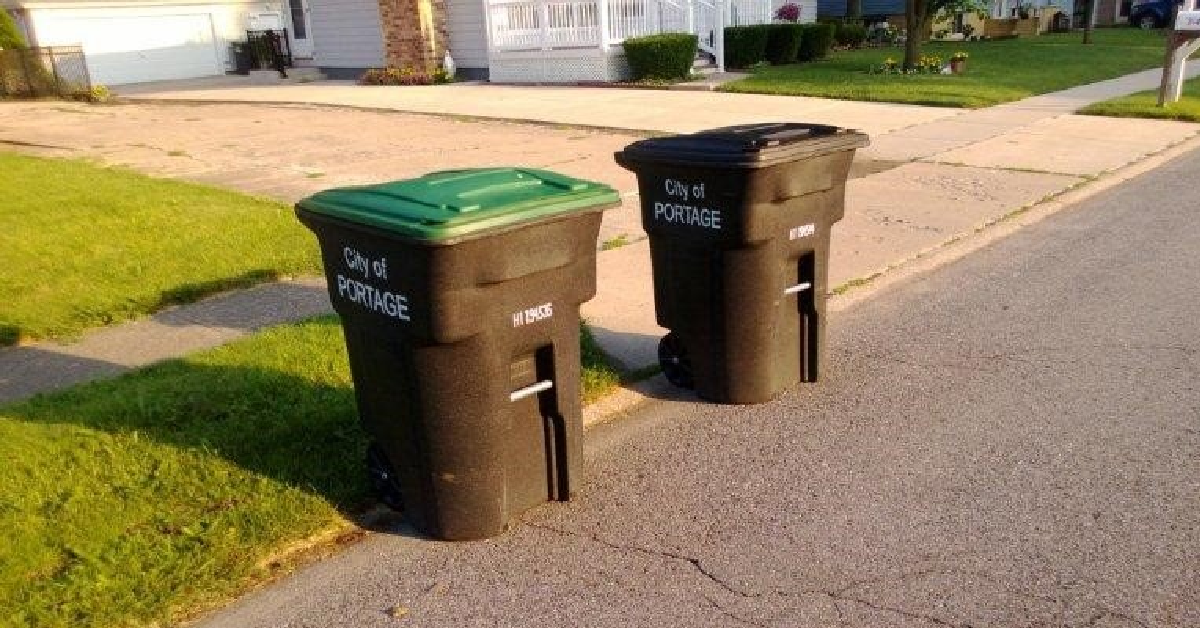 Each Sunday we will feature a project going on within the city, happenings within a department or someone who works hard to provide services to the community. This week we look at what it takes to pick up trash and recycling throughout the city.

Last year, the city's sanitation department picked up 18,000 tons of trash, recycling and bulk material. That's 3,158 pounds per household annually or 61 pounds from the 11,400 residential stops made each week.

Reeder said the department switched from five-day-a-week pick up to four days a week in 2013 when the city switched to full automation. The switch, he said, has allowed the crew to concentrate on other duties each Friday, including preventative maintenance on its equipment and being able to conduct roadside clean-ups. It's also saved the city on overtime, especially during a holiday week when crews had to work Saturdays to pick up trash and recycling under the old system.

Of the materials picked up, 19 percent is diverted from trash to recycling. That's about average for area municipalities. Prior to the implementation of the system, only 4 to 5 percent of the city's trash was diverted to recycling.

Recycling, said Reeder, has become more difficult as the worldwide market for recycled materials has changed. It's caused a crack down of sorts on what can be recycled.

Recycling is no longer a revenue maker for the city, as it once was, but, said Reeder it still saves the city money by offsetting landfill costs. Last year some 3,400 tons of waste was diverted to recycling. At a landfill dumping cost of just over $57 per ton, it saved the city approximately $194,000 in landfill costs. In 2020, landfill costs still topped $891,000.

Because of the changes in what can and can't be recycled, his department began auditing green toters to make sure people are recycling the appropriate materials. Placing non-recyclables in the green toters "spoils" and entire truck of recyclable materials and drives up city costs. While the auditing was suspended this winter, Reeder said they will again begin auditing recycling for compliance in the spring.

The sanitation department has an ongoing educational process for residents on recycling, including sending a flyer to residents on what can and can't be recycled last fall. That flyer is attached to this post.

"It is very important to the continued success of the program that residents adhere to the recycling policy," said Reeder.

Once both commodities are picked up from residents, they are taken to the Republic Services transfer station in Lake Station and dumped in separate yards at the transfer station.

In addition to weekly trash and recycling pick up - which costs each household $19.25 per month - the department supports an amnesty day for residents each month. The amnesty day is a resident's first pick-up of each month. For a refresher on the department's amnesty day pick-ups, the bulk pick-up policy is also attached to this post.

The department adopted a new yard policy in 2020 (that policy is also attached here). The policy allows residents to bring grass bags, limbs, leaves, e waste and bulk items to the sanitation department headquarters on Hamstrom Road during regular business hours for disposal.

Reeder said he sees some possible changes to the trash and recycling routes come this summer due to the city's growth on the east side. Presently the Thursday route, which is on the east side of the city, is the busiest. Because of the residential growth, Reeder said his department will put together a plan this summer which could move some of the Thursday route to Tuesday pick-up.

Reeder also wants to remind residents of optimum toter placement on the curb to help make sanitation pick-ups as efficient as possible. The policy is also attached to this post.

More information on the department can also be found on its website at: portagein.gov/department/index.php?structureid=11