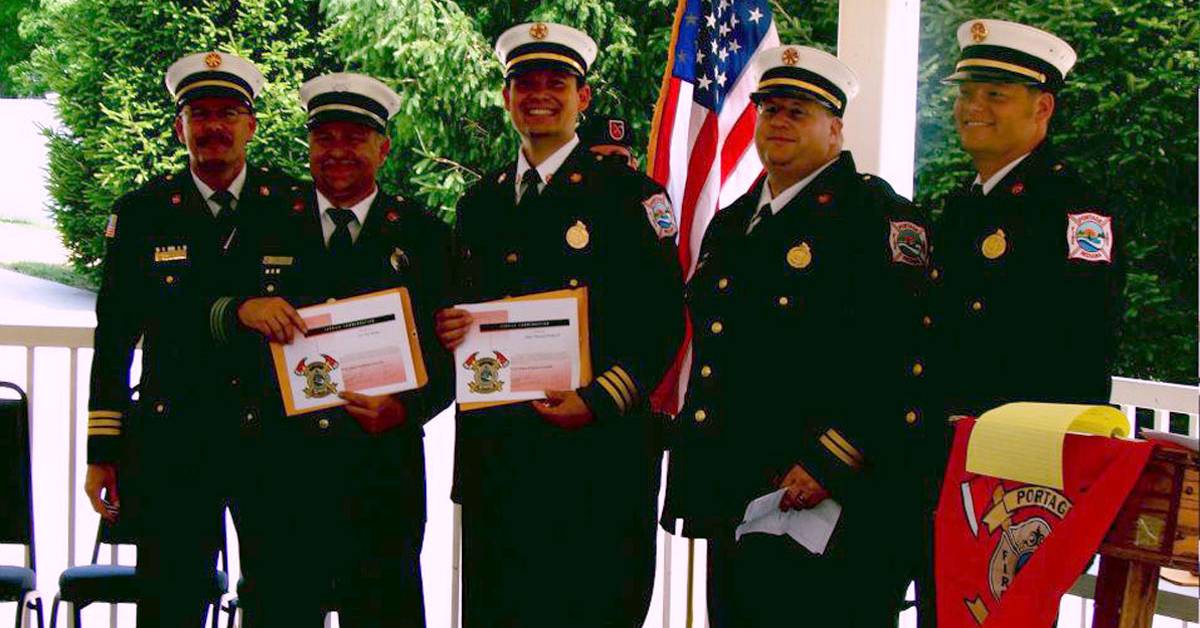 Portage Fire Chief Tim Sosby said he never set out to be in the fire service. He was talked into it, he said, adding that talking led to him finding his passion to serve people. After 31 years of service with the Portage Fire Department, Sosby, 58, will be retiring Nov. 5.

After high school, Sosby said he worked in his dad's hardware store, first in Munster, then in Cedar Lake. Paul Zimmerman, a Cedar Lake police officer and director of the town's ambulance service encouraged Sosby to join the department.

"He stayed on me to be a volunteer. One day, he asked me and I said 'alright.' They sent me to EMS school and I fell in love with it," said Sosby. "In my opinion, I don't think there is a better job."

He left Cedar Lake and went to Fagan Miller, a private ambulance service. They sent him to paramedic school. He was hired by Portage in November 1989.

"Portage had a good reputation at the time and I think we still do," he said.

He became assistant chief of EMS in 1994 and served his first stint as chief from 2001 to 2006. Then he stepped back and hopped back on a rig, serving the community and helping people on their worst days. In 2014, he was named assistant chief of fire; in 2018 he became acting chief and last year he again took the top position in the department.

The changes in the fire/EMS service and the Portage department during Sosby's tenure are nearly too many to remember.

When he was hired, he was one of 8 paramedics. Now there are 51. The department itself has grown from 45 people working out of two stations to 62 working out of three stations.

One of the biggest changes was putting paramedics on the back of the engines. That allows the city to send paramedics to five calls at one time. "For a community of 40,000, that's outstanding," he said.

Ambulances - now called Rescues - have changed. There's more technology, more equipment. Changes in policy and procedures have allowed paramedics to do more in what amounts to a mobile emergency room now than when Sosby started.

That amounts to saving more lives, he said, especially when it comes to heart attack and stroke victims. Firefighter safety has also moved to the forefront. They adopted carcinogen standard operating procedures when it was found firefighters have a greater risk of developing some sorts of cancer due to their exposure to toxins.

Firefighters got a second set of gear, so they could wash the first set after a fire call and use wipes to remove as much grime and possible carcinogens as soon as possible. They've added exhaust systems to the stations and promote self-contained breathing apparatus utilization more than ever before to improve the health of firefighters.

Sosby said he believes Portage has always been at the forefront of EMS service in the Region, often being the first department to adopt proven protocols to improve patient care.

Three years ago Sosby said he decided to retire. State pension requirements allowed him to stay that three additional years.

"It was just time. Firefighting is a young person's game," he said. "I feel blessed and fortunate. Even in the most difficult times I've enjoyed the job," said Sosby, who will continue work to improve firefighter's lives through his part-time business Lakeshore CPR and Safety Training.