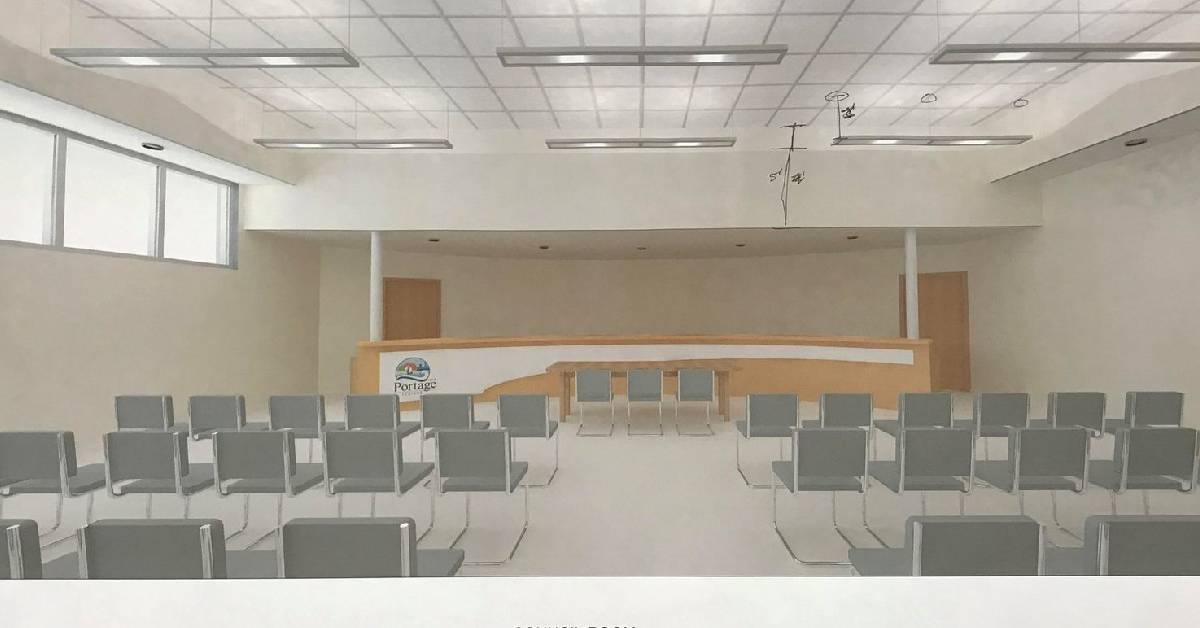 Each Sunday we will feature a project going on within the city, happenings within a department or someone or agency which works hard to provide services to the community. This week's focus is the upcoming remodeling project at City Hall.

Come January 2022, the City Council will have a place to call home, along with all the other city boards and commissions.

City Hall will begin undergoing a renovation next month which will not only move council chambers back to the building but will include the renovation and expansion of the Clerk-Treasurer's office, updates to the lobby, installation of a kiosk to pay utility bills in the vestibule, addition of a second public entrance and the installation of a new, safe elevator.

The project is being funded through cash on hand in addition to revenue from a 2020 city bond issue earmarked for the new elevator.

The project will be completed in two phases.

Phase 1 will renovate the former fire station The bays will become a 60-seat council chambers. The former living quarters will become a breakroom, bathroom and conference room. The first phase will also include the installation of the elevator, replacing the lift now inside City Hall.

This will include a new transactional reception area for the clerk's office aimed at easier access to that department's offices.

The front reception area and lobby will also be remodeled and the kiosk, which will allow residents to pay their utility bills 24/7 will be installed between the two sets of City Hall entry doors.

There will be new flooring installed and the upstairs restrooms will be renovated to make them compliant with the American with Disabilities Act.

The rear area of the building will also be remodeled, installing a set of double doors to allow entry from the back parking lot on the east side of the building. The new entrance will allow access to the entire building and the council chambers.

Work will bring the building up to compliance with ADA standards.

In addition, the fire system will be updated and security cameras will be added to the downstairs and council chambers.

City Hall will remain open during the renovations and will be phased to avoid as much inconvenience to residents as possible.