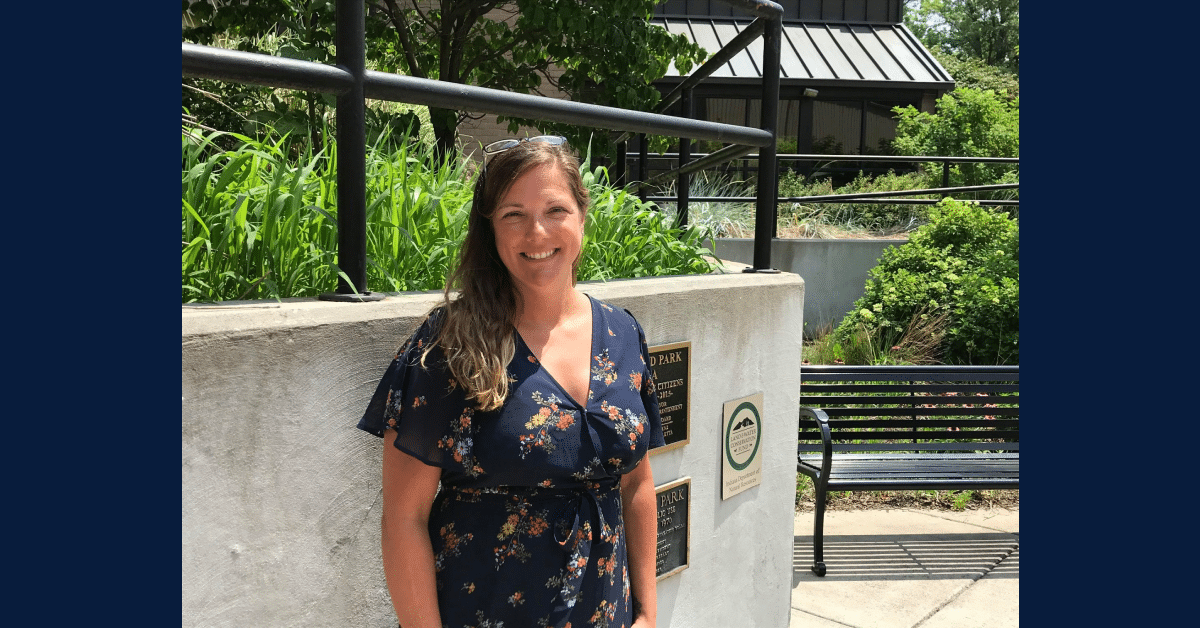 Parks are vital to the health and well being of city residents, said Lori Wilkie, superintendent of the Portage Parks and Recreation Department.

From the peacefulness of walking or biking the city's trails to participating in organized sports to providing social activities, the city's parks are working to provide an array of activities to keep residents active, engaged and healthy.

Wilkie, who began working for the city in the mayor's office in 2012, moved to the parks department in 2014, was promoted to head of maintenance in 2016, assistant superintendent in 2017, interim superintendent last fall and was appointed superintendent by Mayor Sue Lynch in January 2020.

As superintendent, she's responsible to oversee all aspects of the department, including managing the nine full-time and 10 to 25 part-time employees needed to keep the larger parks like Woodland, Imagination Glen, Countryside and Founders Square operating smoothly. In addition, the department maintains Portage Lakefront and Riverwalk under an agreement with the National Park Service and manages several community parks which dot the city's neighborhoods.

Wilkie said the department has spent recent years honing in on what they do best. The annual Daddy Daughter Dance and Mother Son Movie events are popular as well as the Market on the Square and Car Cruises. The department also organizes city-sponsored events and festivals such as the upcoming Chalk the Walk and Labor Day Fest events.

Since the lifting of COVID-19 restrictions, the softball fields at Imagination Glen have been busy with weekend tournaments, said Wilkie.

The park, on the city's east side, has recently undergone renovations thanks to a grant from the Land and Water Conservation Fund through the Indiana Department of Natural Resources. The concession stand was enlarged and updated, adding a shaded picnic area on one side. New fencing was added around the ball fields, lighting improved as well as the parking lots.

Summer is the busiest time for the parks department, maintaining properties, managing shelter rentals and offering events and programming.

Imagination Glen's BMX track, on the east side of the park, recently hosted a national event which drew some 2,000 competitors and family members.

Wilkie, a nearly life-long resident of Portage, Portage High School Class of 1994 graduate and mother of four, said she loves serving the city she grew up in and in which she raised her children. She is also a graduate of Indiana University Northwest with a degree in actuarial science and serves on the Portage Township Board.

"I was so excited to go to work for the city. I've learned so many things. Growing up, there were a lot of cornfields. We've just continued to grow as a community," said Wilkie.

With that growth, Wilkie said the parks will continue to grow.

"I would love to provide more programming, perhaps some sports clinics," she said about the department's future.

She said she would also like to bring back summer camps on some level. The department is still looking at development of a skate park and development of the newly acquired Dombey Lake property. But, she added, that all takes time and funding and no time frame has been set for those developments.

For more information on the city's parks department, visit their website at https://inportageparks.com/ or Facebook page at
https://www.facebook.com/PortageParks/