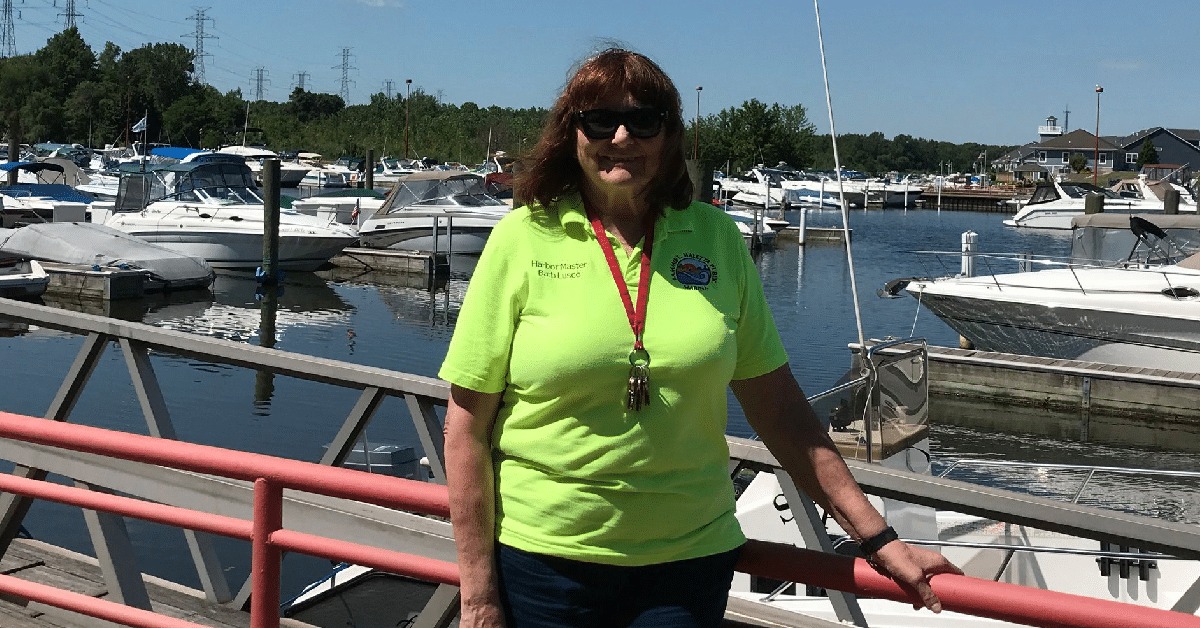 There's nothing about her job that Barb Lusco doesn't like.

Lusco has been harbor master since 2013.

While customer service is a big part of the job, she's also responsible for managing personnel, ordering supplies, renting slips and the overall operations of the facility.

The marina opened in 1996 and is managed by the city's Port Authority, of which Lusco is a member. The marina is totally self funding, not dependent on tax dollars. The operating budget is raised through slip rental and boat launch fees.

Besides herself, marina personnel includes a full-time maintenance person and six part-time workers, five of which are seasonal.

It is usually full, she said, adding this summer has been no exception, which, because of COVID-19 was a bit of a surprise. Lusco said while some people decided not to launch their boats this year, they began getting calls from others looking for a new home.

"We are now completely full, but we do have some transient slips available," she said

This summer's weather has also been a boon to the marina. It has been consistently hot and nice and, she believes, they are seeing more people going out on Lake Michigan because they are looking for something to safely do due to the pandemic and get themselves out of their homes. She said they've had an uptick of boaters from Illinois.

The marina is also active in the BoatUS Foundation lifejacket program and loans lifejackets to boaters in need.

Lusco and her husband had been avid boaters for 20 years, members of the Lake Michigan Yachting Association and Marquette Yacht Club prior to his passing in 2010. She worked as a branch manager in the heavy-duty construction industry before losing her job due to the economy in 2011.

Being offered the job in 2013, said Lusco was a godsend and something she enjoys. While the marina's season is April 1 through Oct. 31, she's there year-round.

"People launch here year-round for fishing and duck hunting," she said, adding there's always paperwork to do, and preseason work kicks off in February when they begin cleaning up from the winter, walking the docks and doing maintenance and repairs before opening day.

There is always something to do, she said.

A major project completed during her tenure as harbor master was the addition of the 12-slip F Dock.

There are several other projects on the marina's agenda.

The launch ramp is due to be repaved this year. They will be adding tent canopies around the marina to provide rain and sun protection for boat owners who rent slips at the marina. The marina also recently received a grant which will allow them to take a proactive approach to recycling this summer with the addition of recycling containers for boaters to use.

The highest priority, said Lusco, is the addition of a fish cleaning station, funded through grants, by the lift station on the south side parking lot.

The Port Authority also recently purchased a piece of land between the Marquette Yacht Club and Izaak Walton League along the waterway which will become a second public fishing pier.

A 35-year resident of the city, Lusco said she is proud to be a part of the City of Portage.

"I try to leave everybody I talk to with a positive attitude about the marina and City of Portage," she said.