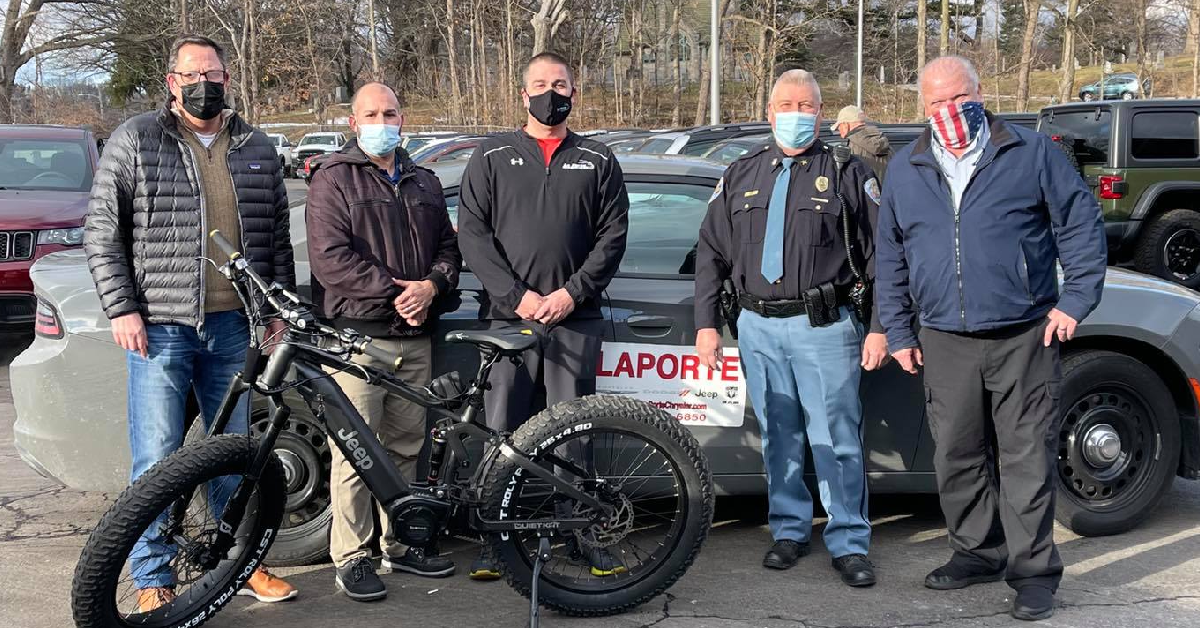 The Jeep eBike was donated to the department by Matt Magnuson of La Porte Chrysler Dodge Jeep Ram. Brettin said this new means of transportation will give officers a new tool to patrol the city's trails and streets.

"This new bike is a fantastic addition to our department as we look to expand our patrol," Brettin said. "We are beyond grateful to Matt and his team at La Porte Chrysler Dodge Jeep Ram for their generous donation and commitment to keeping our city safe."

Magnuson, whose family has been life-long residents and supporters of the City of La Porte, said he felt donating the eBike was a great way to give something back to the community.

"I work closely with the city and the police department, and Chief Brettin recently told me about his need for a bike patrol presence," Magnuson said. "I'm happy to support the department, and I think the eBike will be a great tool for them as they work to keep everyone in the city and along the trails safe."