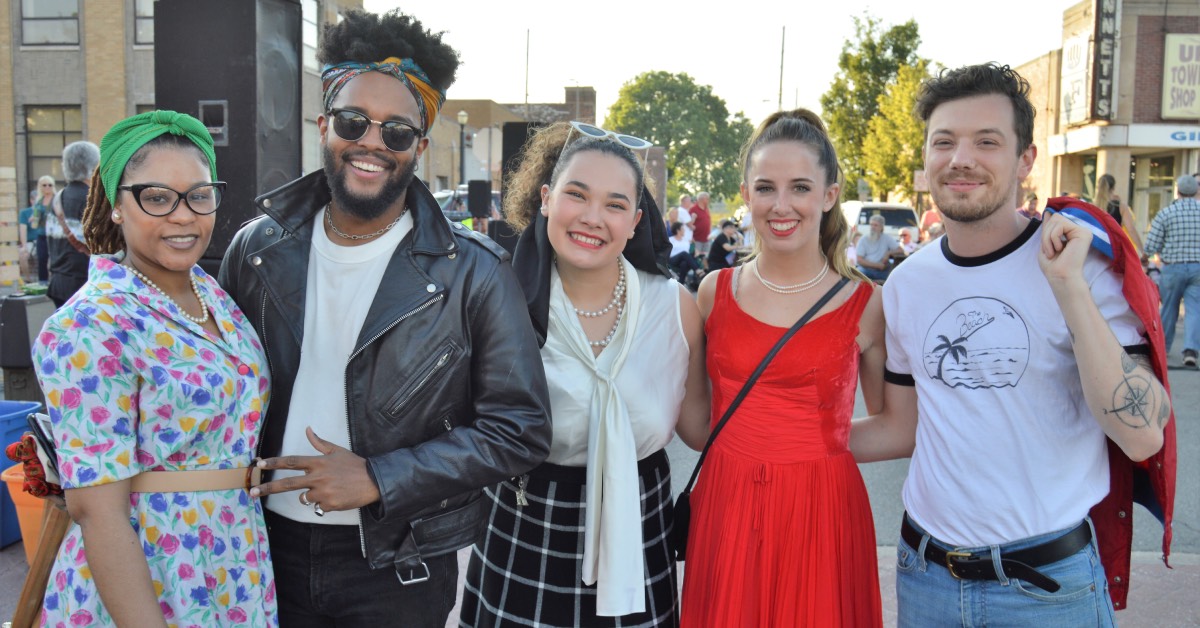 Smiles were abundant in Downtown La Porte on Friday night for the first big event hosted by the city post-pandemic. The City of La Porte held one of the first of its Friday Night Live series of events, which was ‘50s themed. The event boasted live music by Spike and the Spitwads, a live Zumba event with Gail Beal, a 1950s costume contest and car show with the Westville Lions Club, and many small business vendors at the corner of Lincolnway and Monroe Street in Downtown La Porte.

“We're just excited to be able to be all together outside as a community again,” said City of La Porte Director of Communications Jessica Bruder. “It's been a long year of a shutdown. I think people were ready for something fun.”

City officials were excited to be in attendance and support the community in finally being able to reunite.

“Look at the turnout! People are ready to be together,” said Mayor Tom Dermody. “It doesn't get better than this.”

Corynn Meyers, owner of Corynn Shawn, was excited to set up shop at Friday Night Live to showcase her products: 100% soy wax candles, reed diffusers, and other home goods.

“Good vibes tonight! People seem to really enjoy themselves,” Meyers said. “Face-to- face interaction is so much better than through a screen.”

“It has been very fun to see everybody out and enjoying themselves again,” said Nelson. “It's a huge turnout.”

Laura Dunfee of Little Ones Chic Bowtique, a small boutique offering headwraps, snap clips, and hair bows, noted how encouraging it was to see the community back together.

“It is nice to see everybody getting out once the city started to open back up,” Dunfee said.

Frank Van Schoick, member of featured band Spike and The Spitwads, was excited to be playing in La Porte once again and had been looking forward to his band’s first show since the shutdown.

“They've got all of these streets blocked. This is really cool. The city seems to be doing a lot! They're fixing up this whole town,” said Van Schoick. “It just gives me chills every time I drive down.”

Van Schoick has been part of the La Porte community for many years and remembers playing at a town event like Friday’s over 50 years ago.

“At this red building right here, which is a restaurant now – Trattoria Enzo – I played with my first band out in front of that building back in ‘65,” explained Van Schoick. “We are here on the same street. It's been like a full circle. So, that's crazy.”

The City of La Porte is excited to continue to make memories all summer long.

“This is gonna be the summer of fun,” Mayor Dermody said. “We've got Lake Fest coming up. We've got the Fourth of July parade. We have a couple more Friday Night Live events, too. La Porte is the place to be, and I wouldn't want to be anywhere else.”

La Porte’s calendar is full of fun events every week. The next Friday Night Live is September 17 and the theme is “Harvest Moon” in honor of the Sunflower Fair the next day.

Check out the full summer schedule at livinthelakelife.org.