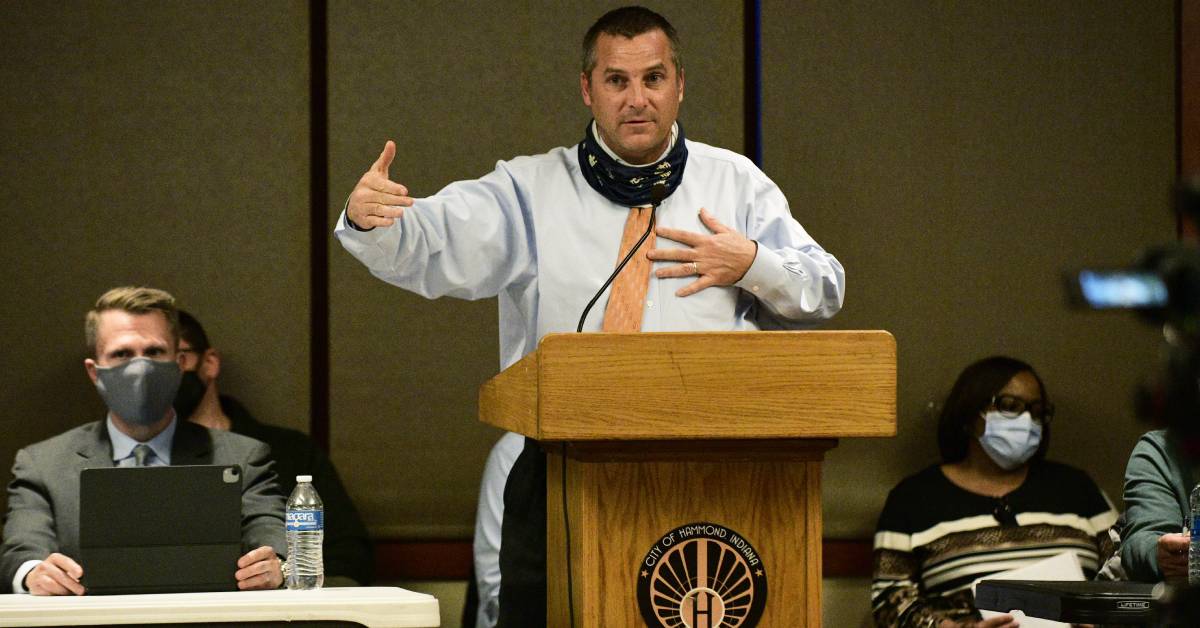 For 17 years, Mayor Thomas McDermott Jr. has held Mayor’s Night Out, and this year was no different. Kicking off the first of six meetings Wednesday night, McDermott and Hammond residents met in the 1st district at the Losh Marsh Clubhouse. During the event, Hammond residents posed environmental, business, education, and event questions.

“You will not find a mayor as transparent and accessible as I am,” said McDermott. He at one point provided his personal cell phone number so residents could reach him.

“I’m meeting with a thousand bosses,” he said. “I get to hear your concerns so I can address them.”

Joy P. Love, a Hammond resident herself, expressed to the mayor her frustration with a disruptive group of neighbors.

“You are doing the right thing in letting us know,” McDermott said.

In addition to the Mayor, other representatives from each department were open for questions and support. A concern for fire safety in a living complex prompted the promise of a fire drill by the Hammond Fire Department.

“I am a big supporter of these type of events. They are not a lot of communities that have this level of transparency,” said McDermott’s Chief of Staff Phil Taillon. “There are people who are going to have questions, concerns, or challenges. This is what this is about. To talk about issues, come up with solutions together, and have the leader of the city right in front leading it.”

While some residents did express their concerns, the mayor garnered applause for his hard work and dedication to the city.

“This was my first meeting even though I have been in Hammond off and on since 1986,” said Love after the meeting. “It was productive. I see the value in it and I appreciate him answering our questions and taking the time to come out where we meet him and can talk to him and all of his staff. This was beneficial and I’ll be back next month.”