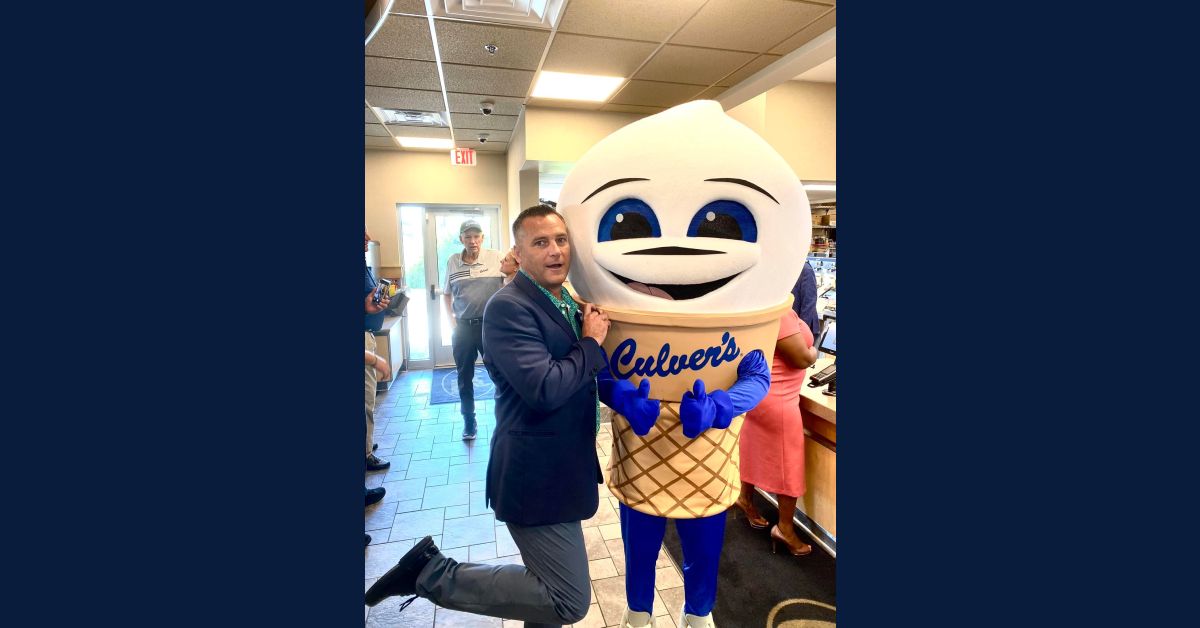 Photo from City of Hammond Mayor's Office of Economic Development

Mayor Thomas M. McDermott, Jr. and the Department of Planning and
Development are pleased to announce a new key player in Hammond, Culver’s burger restaurant at 7905 Cabela’s Drive. A ribbon cutting event was held on Wednesday, June 22, 2022 with City of Hammond officials and the Culver’s team, including Craig Culver, one of the Co-Founders of Culver’s in attendance.

“We are pleased Culver’s has chosen Hammond to set down some roots and grow their business model,” said Mayor McDermott. “Their team is showing us that we are relevant to them and that Hammond is worth the
investment.”

This new location will employ up to 65 people, stated franchise owner Fred Terpstra. And this new location in South Hammond off Indianapolis Boulevard and 80/94 will pull people from all over the Region. The City of
Hammond welcomes Culver’s to their community!