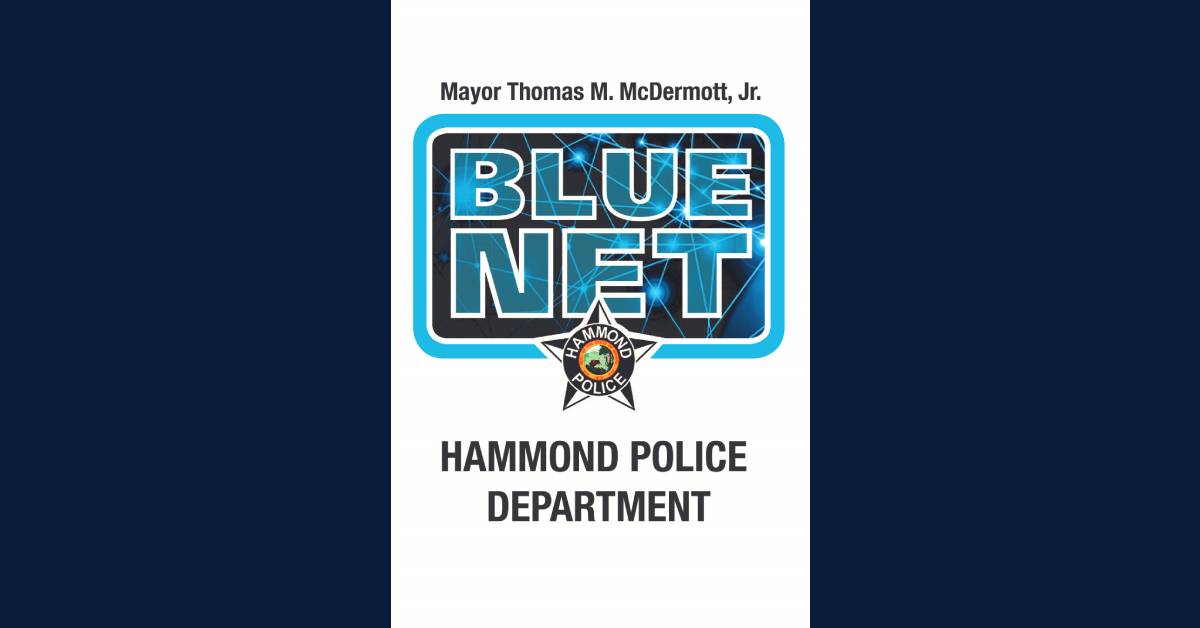 Hammond Mayor Thomas M. McDermott, Jr. is pleased to announce that the City of Hammond is expanding their BLUENET System.  The expansion will allow businesses and citizens to voluntarily connect their camera systems with the Hammond Police giving the police the ability to access their camera system when a crime has been committed or when an investigation is underway, to aide in solving crimes.

“This expansion to the BLUENET System will enhance the crime fighting cameras, License Plate Readers, and the body cams already in use,” stated Mayor McDermott.  “It’s important to keep up with the new technology to assist in fighting crime and keeping Hammond safe.  It also provides our citizens an opportunity to assist in keeping their community safe”.

Several years ago, the Hammond Police implemented a contact protocol system increasing the number of contacts officers had with observed infraction violators.  HPD then added LPRs which were installed in new patrol vehicles.  The LPRs assist the police in detecting persons wanted for a crime already committed.  Within the first hour of the LPRs being in use, it notified officers of a stolen vehicle, and has helped solve many other crimes since.

“I wish they had this technology when I started my career with the Hammond Police”, stated Police Chief William Short.  “With this knowledge, we have become more proactive instead of reactive.   Partnering with our businesses and citizens will only have a positive effect on the tools we have to fight crime.”