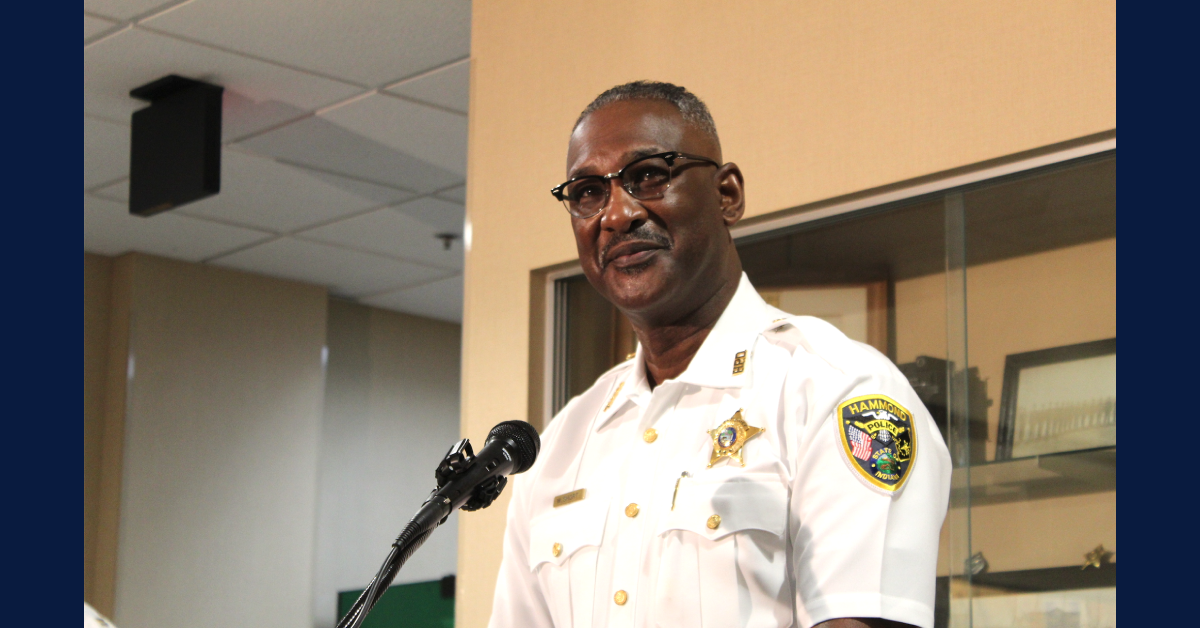 For the first time in city history, Hammond’s police department is being led by a Black police chief.

Following the sudden resignation of John Doughty, who had held the position for seven years, Mayor Tom McDermott Jr. named William “Andy” Short as the new Chief of the Hammond Police Department. Short brings more than three decades of experience to the office, having worked in nearly every role imaginable at the station, from K-9 and SWAT units to his previous position as assistant chief.

“He got this position because he’s the best police officer ready to take this responsibility,” said McDermott. “This is an important day in Hammond’s history and an important day for the Hammond Police Department. I know we’re going to be in capable hands, the men and women of [this] police department are the best in Indiana, without a doubt.”

Short’s appointment is effective immediately, and while the city was planning to announce the news closer to Martin Luther King Jr. Day, the excitement within the department grew to a point that keeping it secret for a week was impossible.

The new chief also acknowledged the historic nature of being the first Black officer appointed to the role.

“I’m speechless,” he said. “It’s a great honor, and an honor for everybody. I appreciate everyone that’s here, and I appreciate all races. I’m looking forward to talking to everybody like I’ve always done in the past.”

McDermott stressed that while Short earned the role solely through his merits as an officer, that it is also important that department reflects the community.

Jeff Long, formerly captain of patrol, was named as Short’s assistant chief of police, while Rob Bunner, lieutenant in patrol, will assume the position of patrol captain.

“I want to thank the Mayor for his support, friendship, and guidance,” Long said. “He’s always supported the department in every way he can. I’d also like to give my sincere thanks to John Doughty. We’ve been together for most of our careers, he’s been an excellent chief, and he’ll be working a new job where we’ll be working hand in hand.”

McDermott also honored the outgoing Chief Doughty by presenting him with a key to the city.

“I’ve always appreciated my relationship with the mayor, he’s always listened to what I have to say and encouraged me,” Doughty said. “The first thing he told me when I became chief was ‘Ok, Brian [Miller] did all this, but I’m going to challenge you today to come up with new programs that have your name on them and take this department to a newer, better place.’ With the help of the people around me, I think we’ve done just that.”