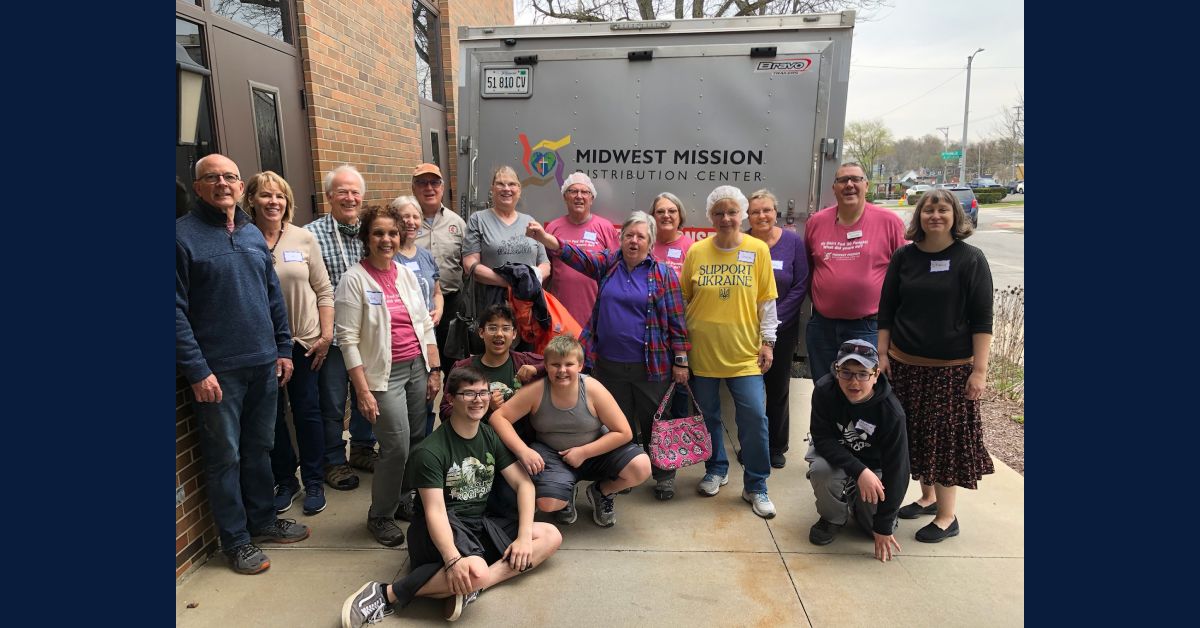 Featured image: A portion of the workers posing after the 4,000 bags that will feed 24,000 people in Ukraine are loaded and headed for the Midwest Mission Distribution Center and ultimately to New York for shipment overseas

More than 125 members of First United Methodist Church of Valparaiso, their children and friends, packed 24,000 meals that will be sent to war-torn Ukraine.  The group packed 4,000 bags of rice and other ingredients, each formulated to serve six people, in less than two hours Saturday morning at the church.  The event was coordinated in connection with the Midwest Mission Distribution Center, one of eight cooperating depots in the United Methodist Committee of Relief (UMCOR) Supply Network.  Typically distributed in response to disasters within the United States, the center currently is packing meals to feed 288,000 Ukrainians and the Valparaiso church helped in filling that need.