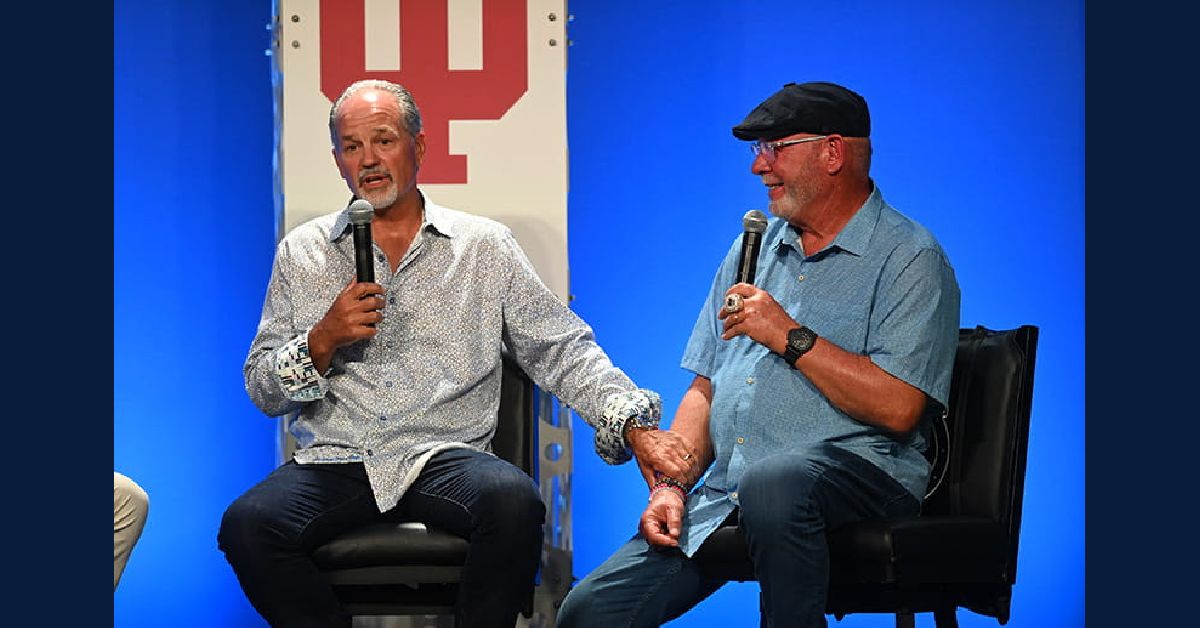 During a celebratory night marking a decade of the Chuckstrong initiative, more than $2 million was raised for research at the Indiana University Melvin and Bren Simon Comprehensive Cancer Center.

As the evening was about to wrap up, Pete Ward, chief operating officer of the Indianapolis Colts and chair of the cancer center’s development board, took the stage with one last surprise. After last year’s free throw challenge for Pagano, Irsay, who was not in attendance, asked Ward to put Pagano on the spot again. For a $1 million gift to cancer research from Irsay, Ward asked Pagano a series of Colts trivia questions. With three chances and 10 seconds to answer, Pagano got the last question right as guests counted down. That $1 million was in addition to $500,000 Irsay had kicked in to start the Chuckstrong challenge earlier in the evening.

The Chuckstrong initiative has enabled the cancer center to accelerate center research by recruiting top-level researchers from around the country and purchasing sophisticated laboratory instruments used by researchers to make advances against the disease. (Read more about the impact.)

The event also brought back Bruce Arians who joined Pagano on stage for a conversation between the two NFL coaching greats and cancer survivors. Arians’s first stint as an NFL head coach came when he stepped into the role for the Indianapolis Colts while Pagano was treated for leukemia in 2012. The two friends recalled the many ways their careers have intertwined and the challenges and triumphs of that 2012 Colts season.

“We are proud that our partnership with the IU Simon Comprehensive Cancer Center makes such an incredible impact funding cancer research right here in Indiana,” Ward said. “Many of us in the Colts organization have benefitted from the incredible work that IU cancer researchers have done, so we see firsthand how important the work is.”

The guests learned about the impact of IU cancer research and the hope it provides to people like John Corbin. In a touching video, the Indianapolis resident shared his cancer journey that began in 2016. Corbin was diagnosed with papillary thyroid cancer, which in his case is radiation resistant.

Corbin, who was in attendance, received a standing ovation. Pagano addressed him directly from the stage: “The way you handle this, the way you’re fighting with dignity and grace and class, it’s an inspiration to us all, John.”

“Philanthropy accelerates research, and that philanthropy directly impacts patients because it leads to research studies that look at those hard-to-treat cancers that resist all kinds of therapies,” Kelvin Lee, MD, director of the cancer center, said. “Research is really focused on solving those problems and philanthropy accelerates that. It directly impacts the patients because it's going straight to the research.”

When Chuck Pagano shared his diagnosis of acute promyelocytic leukemia in September 2012, the Chuckstrong movement quickly began and provided an opportunity for Indianapolis to visibly support Pagano as his team rallied and marched toward the playoffs. Pagano underwent treatments at IU under the guidance of Larry Cripe, MD, a hematologist and cancer center researcher. Pagano returned to his head coaching duties on Dec. 24, 2012 – a day that inspired and captivated all who have been touched by cancer. Today, Pagano remains cancer free.