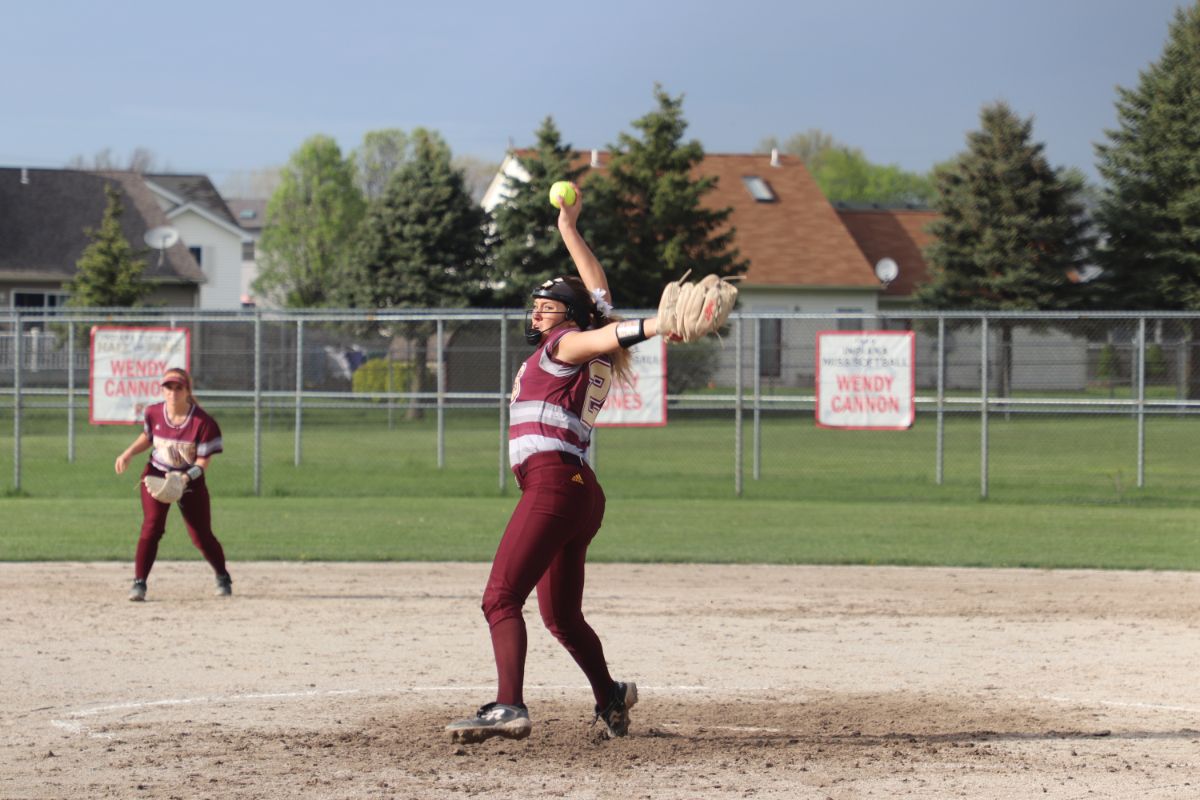 The Chesterton Trojans won in a defensive game against the Portage Indians in girls softball on Thursday. Both teams showed off a good defense, with the Trojans only scoring in four of the nine innings and the Indians getting no runs the entire game.

“[The Trojans] are a very good offensive team, we need to try and limit them,” said Portage head coach Joylyn Ichiyama before the game, “We need to compete because they are the top of the DAC.”

The Indians were able to prevent the Trojans from scoring in five of the nine innings, with no runs being scored through innings three through five. The Indians were not able to keep up with the Trojans offensively, but the effort of the players was still alive.

“We are just going to play normally. It’s no different than what we’ve been doing. We are going to go out and try to play hard,” said Chesterton Trojans coach Dan Lynch.

A small, but passionate crowd cheered on the game at Portage High School, and despite the lack of offensive action, the crowd still reacted when there was a good defensive play.

“I love softball. I started playing in the mill in 1973 and one of the guys asked me if I wanted to play softball,” said Jethro Summers, Portage player Emily Fausch’s grandfather, “I think [Portage] is doing real well. Hopefully, they can put it together for tournament time.”

To stay up to date with both schools, follow their twitter pages. Chesterton High School, @CHS__Trojans, and Portage High School at @PortageHS.