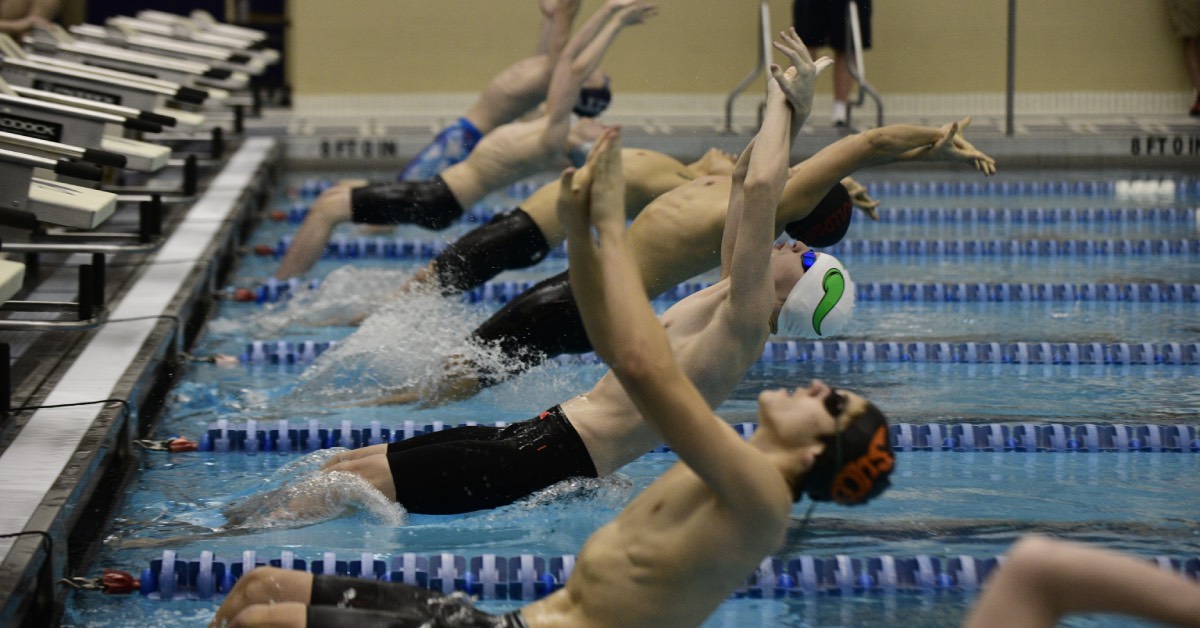 “Mel has taught and inspired thousands of swimmers and divers,” said Dombkowski. “In his own gruff way, he cared about every one of them.”

From there Coach Dumbkowski recognized Roger and Gloria Dombkowski, who happen to be his parents, as they are retiring after 37 years of officiating. Wearing specially signed commemorative officiating shirts, the Dombkowskis accepted a DAC plaque honoring and thanking them.

“You have made countless swimmers and divers smile and laugh,” said Coach Dombkowski. “This is not a goodbye, but rather a thank you for all you have done.”

Then it was time for the opening event, the 200-yard medley relay, where Chesterton took first place, Crown Point took second, and Lake Central took third. In the 200-yard freestyle, Gabriel Eschback of Chesterton won making him the event champion. In an exciting moment, Lucas Piunti of Chesterton broke the DAC record for the 200-yard individual medley (IM) with a time of 1:51.31.

Final scores overall resulted in Chesterton winning the conference championship title with 521 points, Lake Central with 412.5, Valparaiso with 345, Crown Point with 335, Michigan City with 171.5, La Porte with 132, Merrillville with 85, and Portage with 80.