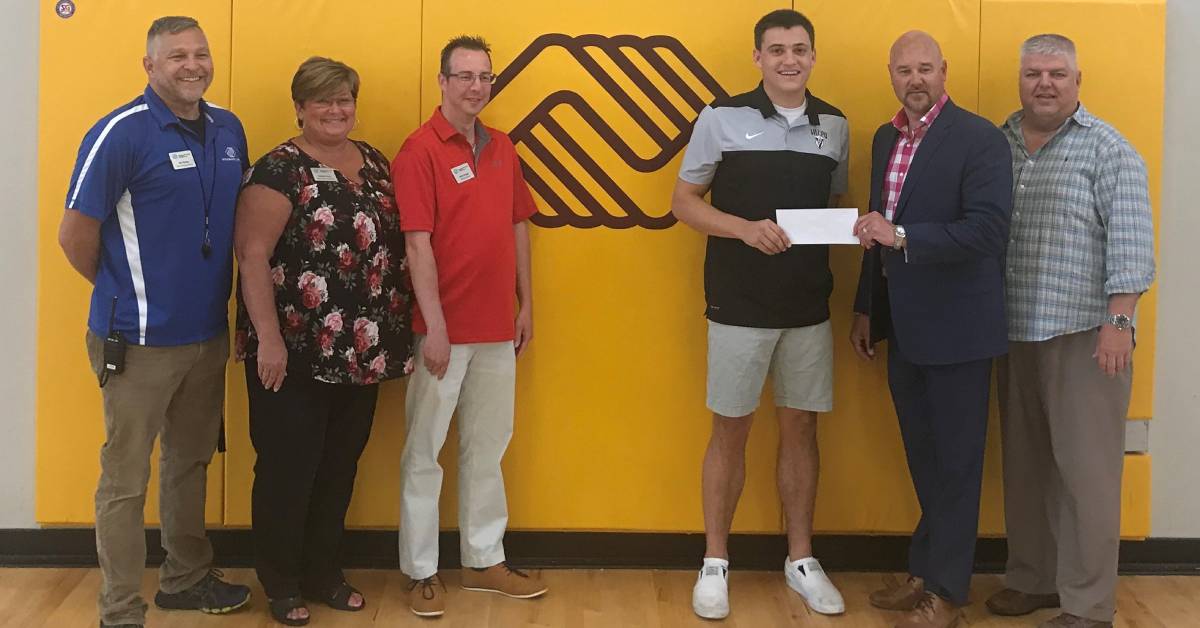 The 6-foot-1, 175-pound senior defender led the Trojans to a 21-0-2 record and the Class 3A state championship this past season. Eaton anchored a defense that allowed just 14 goals in 23 games. He also scored seven goals and added an assist. The Indiana Soccer Coaches Association Player of the Year, he was a First Team All-State selection and the Duneland Athletic Conference MVP.

Eaton has volunteered locally as part of multiple community service projects through his school’s National Honor Society. “Jack was a major part of Chesterton’s success,” said Dave Bock, head coach of Portage High School. “His communication and vocal leadership stood out to me. I am excited to not have to worry about him anymore.”

Eaton has maintained a 3.88 GPA in the classroom. He has signed a National Letter of Intent to play soccer on scholarship at Valparaiso University this fall.

As a part of Gatorade’s cause marketing platform “Play it Forward,” Eaton also has the opportunity to award a $1,000 grant to a local or national youth sports organization of his choosing. He chose Boys & Girls Clubs of Greater Northwest Indiana’s Duneland Club for the $1,000 gift. The Duneland Boys & Girls Club will use the gift for athletics and sports leagues the Club offers to community youth. He also is eligible to submit an essay to win one of twelve $10,000 spotlight grants for the organization of choice, which will be announced throughout the year.

Since the program’s inception in 1985, Gatorade Player of the Year award recipients have won hundreds of professional and college championships, and many have also turned into pillars in their communities, becoming coaches, business owners and educators.

To learn more about the Gatorade Player of the Year program, check out past winners or to nominate student-athletes, visit www.Gatorade.com/POY, on Facebook at www.facebook.com/GatoradePOY or follow us on Twitter at www.twitter.com/Gatorade.