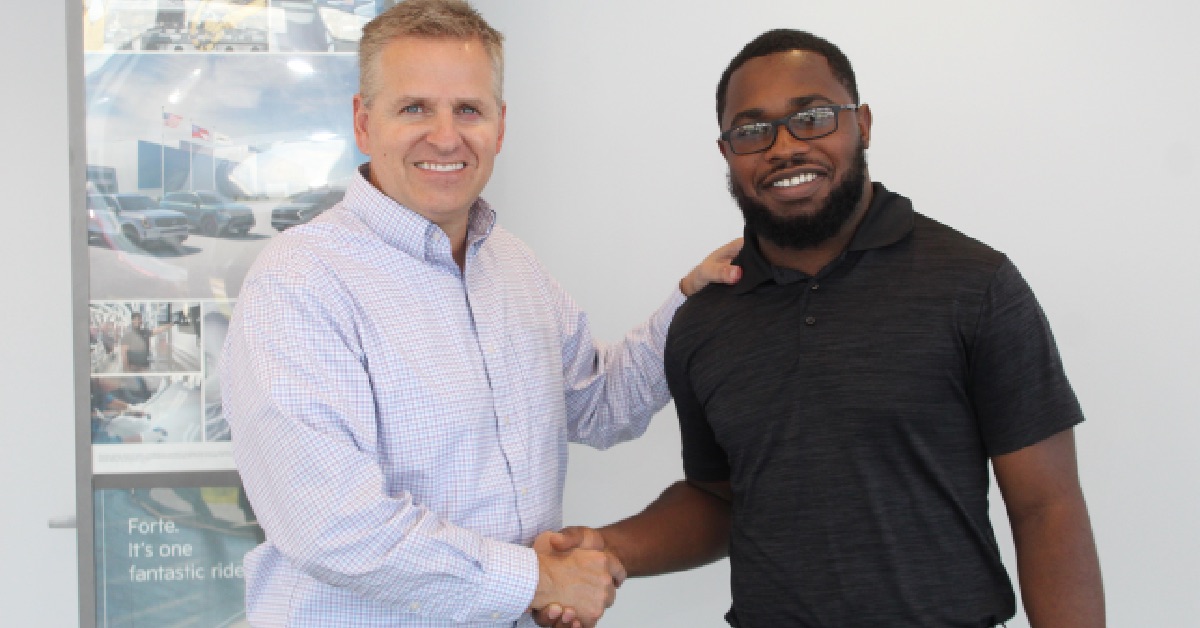 When Nick Walker started his career at Thomas Kia of Highland years ago, he was a valet. He moved and cleaned cars, kept the dealership looking tidy, and did what he could to help out anyone who needed it, from customers to mechanics. His attitude and aptitude caught the eye of Tom Seely, general manager of the dealership, who gave Walker a challenge.

“I asked him to do a 20 minute walk around of any new Kia that we had,” Seely said. “He studied over the weekend and came in on Monday morning with a suit and tie on, a car pulled up, and all its doors open ready to go. He gave me a full presentation on the vehicle, and from that day on we knew he was something special.”

Seely made a quick decision to move Walker into a sales role and broke the news while the valet was cleaning the showroom.

“When they told me was shocked, I was here in the front sweeping and I just couldn’t believe it,” he said. “It was an exciting moment. I went home and told my mom, and as the days went on, I was like ‘oh my god, it’s true, I’m really doing this.’”

Walker’s path is not unusual for Thomas Kia of Highland staff – Seely noted that many of his team members began their careers at different, entry-level positions.

“I would say that our people are our success,” Seely said. “Business is one thing, but if we cultivate the right people and have them succeed it just overflows into it. I’d say that about fifty percent of our current staff started at a different, ground-level position and worked their way up with the right training, and the right attitude.”

Walker was quick to credit Seely and sales manager Thomas Balestero’s mentorship with helping teach the proactive mentality needed to become a successful salesperson – but stressed that their mentorship goes beyond the dealership.

“There’s such a good team here, the way Tom teaches us how to sell cars and get to know someone is so cool,” Walker said. “But it’s not just about the cars, he and the team help out in all aspects of life, they’re even there for us at home if we need it. I truly love what they do, it’s just an amazing, friendly community that Tom’s put together.”

That community, he said, is the result of Seely’s commitment to hearing out concerns, however slight.

“He’s kind of a father-figure, or a godfather, a friend you know is always going to be there,” he said. “When you need something, he knows, he can see it, and if you have a concern or frustration, you can always just come out and say it. We’re always able to talk through it and come up with a solution that helps the team.”

In the three years since he moved to sales, Walker’s life has changed dramatically.

“Nick’s gone from living in an apartment with his family to buying his first new car, first new house, and taking care of his siblings,” Seely said. “He’s grown into a great young man.”

Of course, there are other shapes to the stories at Thomas Kia. One of their most successful salespeople, Ixtel Carlos, started her sales career by walking through the door and asking for it.

“I thought to myself, if this girl has enough guts to come into a car dealership – I’ll give her a shot,” Seely said. “After the first two weeks she came to me upset, saying she was going to quit – but I knew she was on the right path, she just needed a bit more time.  So, I told her 'nope, you’re giving me two more weeks.' That was five years, a new car, a house, and two babies ago.”

Carlos admits the first few weeks were jarring – she had not expected the pressure that comes with negotiating a sale or getting turned down.

“It was nothing like I'd ever done before, I wasn’t really used to selling a car, or really, how to become friends with a customer,” she said. “It wasn’t going well at first, I was getting rejected and I’d never had that feeling before. Then I finally got my first sale, and everyone kind of rallied around me and taught me how to stay positive.”

It didn’t take her long to start feeling at home in Thomas Kia, and to see the positive influence Seely and his team have on everyone that steps into the dealership.

“Tom is like Dad, that’s what we call him,” Carlos said. “When I first started, he was the scariest guy I’d ever met, just because he was my boss.  Now, I kind of grew up with him and everyone else there, I’ve seen what he’s done and how he’s helped shape me into the person I am, how he’s helped the kids that have come in after me.”

A big part of Seely’s leadership, Carlos said, is cultivating an environment where everyone plays a role in building each other up.

“Some of these kids have grown so much since they started out,” she said. “They had bad influences, and other things going on. You see them mature under Tom’s mentorship as the team leader, and even the role we’ve all played alongside.”

After more than three decades in the car business, Seely’s learned to see the dealership as much more than a place to sell and service cars – it’s a place where he can change lives.

“I get the best enjoyment out of watching these kids grow up,” he said. “Seeing them buy a house, have a kid, rent their first apartment – I just love it. We always say we’re the cleanest dealership around, we don’t use foul language, and we try and work towards lifetime goals rather than short-term enjoyment.”

To learn more about Thomas Kia of Highland, visit www.thomaskia.com 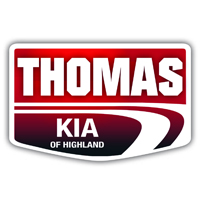