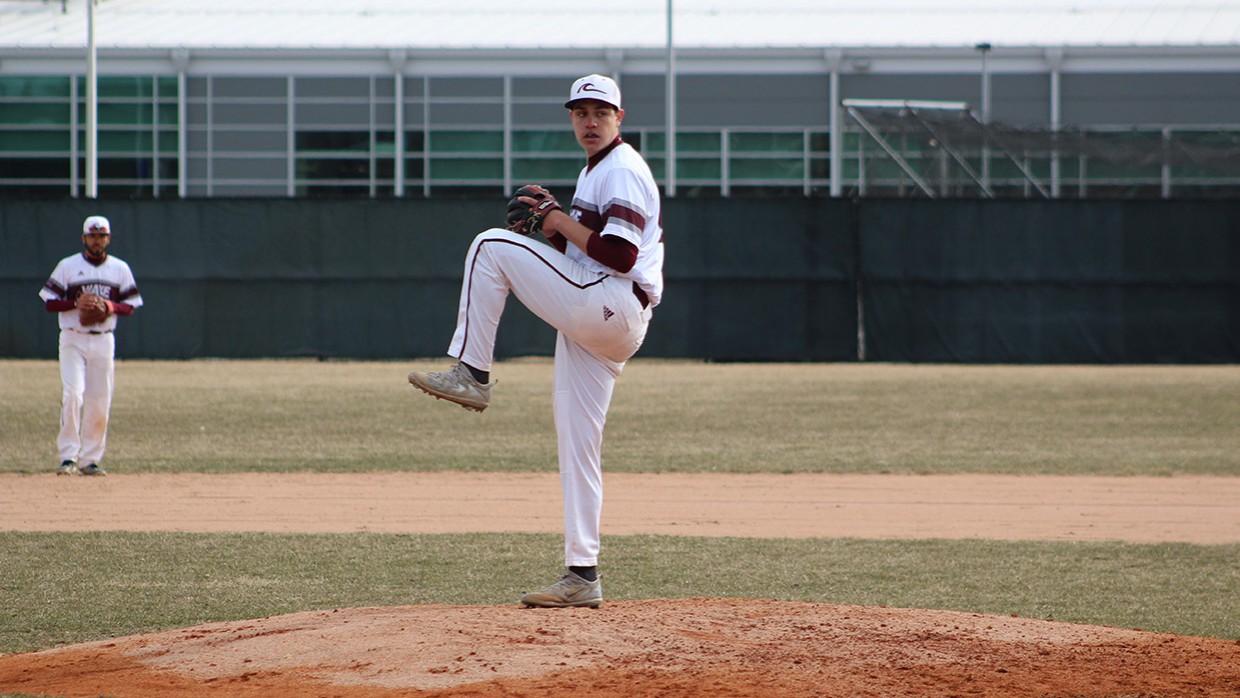 The Crimson Wave baseball team returned from spring break 3-6 after weather early in the week kept the men off the field.

CCSJ grabbed their first win of their trip to Texas over Dallas Christian College 11-8. Zach Verta (FR/Chicago, Ill.) led the way for the Crimson Wave going 2-3 at the plate with three runs scored, followed by teammates Jakareon Williams (SO/Marietta, Ga.) going 1-4 with 2 runs scored. Alex Verta (SO/Chicago, Ill.) grabbed the win on the mound for the Wave.

The teams second win of the trip came against Dallas Christian the next morning as they took a 10-9 victory. Antonio Reyes (JR/Lake Elsinore, Calif.) and Zach Verta were both 2-3 at the plate with Reyes adding 2 runs. Trevor Johnson (JR/Grand Bahama, Bahamas) was 3-4 and Nicholas Verta (SR/Chicago, Ill.) was 3-5 with 3 runs. Brock Budzielek (JR/Hobart, Ind.) earned the win.

The men's final win came the next day as they defeated Austin College 13-9. Reyes was a perfect 3-3 at the plate while teammates Verta and Enrique Rivero (SO/Miami, Fla.) were 3-5 and 3-4 while adding a combined 6 runs. Zach Verta was the winning pitcher for CCSJ.

The Crimson Wave are now 6-11 overall on the season and will travel to the University of St. Francis on March 13thfor a 1:00 pm doubleheader to kick off the conference season.