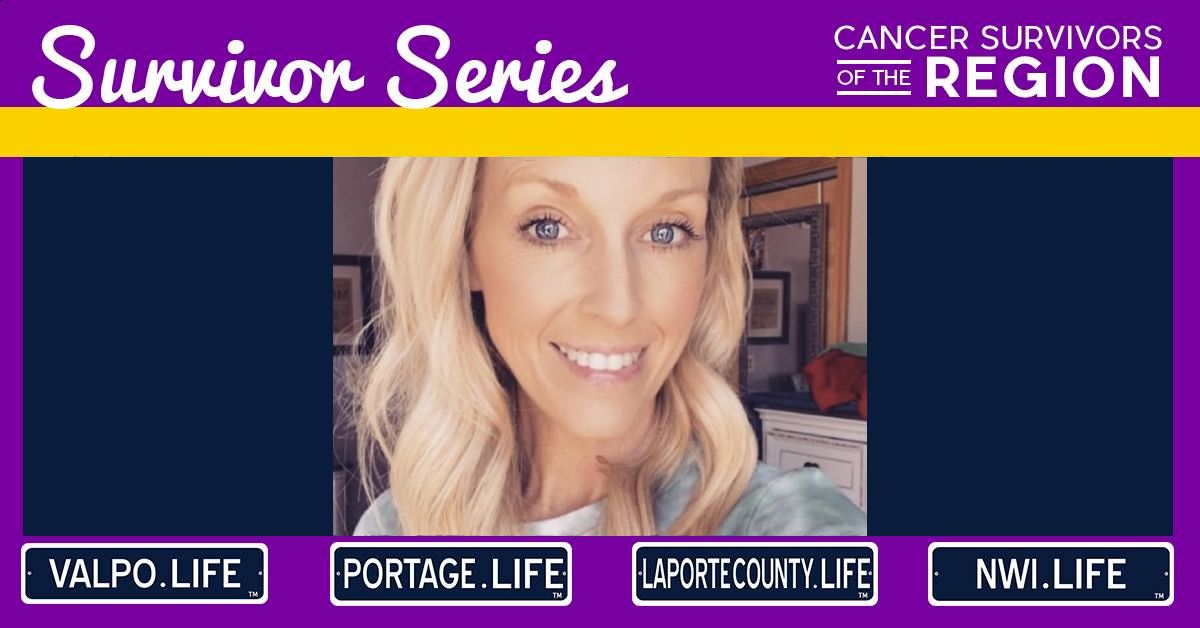 In August 2021, Trisha Fraker received news that would change her life.

After feeling a lump in her breast, Fraker immediately went to the doctor.

“I was laying down and my son was laying on my chest area, watching a movie with me and I felt a lump out of nowhere. I immediately went and had a mammogram done, and I didn't think that it would be cancer at all. They said, ‘We're going to need to do a biopsy. We're not sure what's going on. We want to be careful and make sure.’ It came back that I had stage two breast cancer,” said Fraker.

It was stressful for Fraker when she first found out she had cancer, but she made the choice early on to keep a positive mindset throughout the process. Her doctor was also a huge help in managing her anxiety and helping her ease her nerves as well.

“My biggest worry was that I have kids and I can't even imagine leaving them," said Fraker. "That's all I could think about until I got to a doctor and even started treatment. It was stressful at the very beginning. Then once I started seeing a doctor and kind of knew my game plan, I started to feel a little bit better about it, especially because my doctor told me that she doesn’t think it was too bad."

While going through everything, Fraker had a huge support system.

“I had a huge support system, including many friends and family. They brought us dinners and tried to keep things as positive as they could. They would bring me gifts and stuff to comfort me, cards and blankets, for chemo. It was the biggest outpouring of people that I haven't even talked to since I was in high school. People would reach out to me on Facebook that had heard and would drop off stuff or even some gift cards. I had the biggest support system I could ever ask for,” said Fraker.

The biggest supporters that Fraker had were her family and friends. They helped Fraker keep her head up and kept things very positive.

“My husband, my children, my parents, and my two best friends were my biggest supporters. I couldn't have made it without any of them," said Fraker. "My kids helped me when I was sick and my oldest one would always say to me, ‘Mom, remember you will be better in a couple days. We go through this every time and you will be okay.’ I finally thought, ‘You know what, he's right. I'm only sick for a week and then I have a couple weeks until I’m back on chemo, but I need to listen to him.’ My husband would get off of work at night and take me to Chicago in the morning for my treatment after work. He didn't get much sleep but he was such a big help. And my dad has been amazing. He lives across from me. I wouldn't know what to do without my dad because he would run my kids from practice, to go to school, pick them up. I couldn't have done it without my dad."

On January 28, 2022, Fraker found out that there was no evidence of cancer left.

“On January 21, I had everything cut off. Then I had to wait for my pathology report for two weeks. They called a week later and said that I had a complete response and that everything looked good. Usually, you'd have to do radiation or it spreads, but I got lucky. I had a good feeling that it didn't spread. I had this feeling that I was going to be okay,” said Fraker.

Fraker said she's blessed to have the life she has and that she's now cancer-free and can continue to live the life she loves with the people that matter most.

“I feel beyond blessed," said Fraker. "There is always that thought in the back of my head of ‘What if it comes back?’ But I can't live my life like that. I have to try to move on and live my life to the fullest. I only have one life and I'm so thankful that I got these amazing results and I'm still here to raise my kids and to live my life."