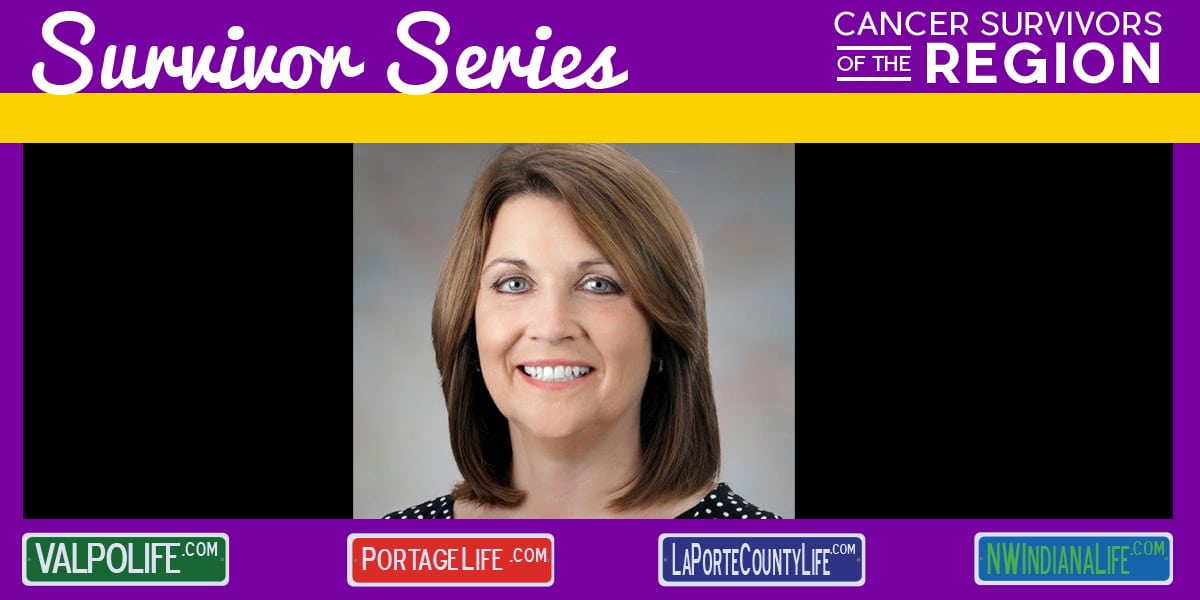 “God grant me the serenity to accept the things I cannot change, the courage to change the things I can, and the wisdom to know the difference”. The words of the serenity prayer have guided countless individuals through some of the toughest times in their lives. People turn to this prayer in times of grief, confusion, or in the case of Ronda Powell, unexpected illness.

At age 40 Powell was diagnosed with breast cancer, a diagnosis that came after her first mammogram no less. News like this comes as a devastating blow to most people, leaving them with a lot of unknowns about what to do or where to begin. Powell’s first move was to get educated on her situation and become familiar with her particular type of cancer.

“My gynecologist was the first one to tell me to get myself educated,” Powell said. “She was just amazing. I read “Breast Book” by Dr. Susan Love that allows you to look up your exact type of cancer and it tells you everything about it: treatment recommended, suggestions…at least then you know what you were dealing with.”

After learning all she could about her own form of cancer, Powell says she felt much more at ease with moving forward with treatment.

“I’m kind of OCD until I understand things in my head,” Powell said. “I have to analyze and sort through everything that’s in front of me. For me that was educating myself on my diagnosis, not just letting someone else tell me all this information. Once I understood my particular case and diagnosis, I felt a great level of comfort. Then I just left it to the doctors and their expertise.”

When it came time to embark on the treatment journey, Powell first turned to doctors at La Porte Hospital. There, she learned that while her treatment options would not require chemotherapy or radiation, she would need to undergo several surgeries, including a mastectomy and reconstructive surgery. These would take place during four separate operations over the course of one year.

“The day before my scheduled operation I called and said ‘I can’t do it,’” Powell said. ”I had looked for a new car longer than I had been looking for information and treatment options for my cancer! I was convinced that there was some better place to go, somewhere out of town that had better options and better doctors.” But she was wrong.

Powell Set off to meet with the head of the breast cancer center at what is now IU Health in Indianapolis.

“He ended up telling me exactly what everyone on La Porte had been saying. He said, ‘You have the best surgeon in Northwest Indiana right at your hospital! I will gladly do your surgery if that’s what you desire, but it is not necessary – you are in excellent hands there!’ I had the best possible care available right here at home, and I was turning away from it!” Powell recalled.

Powell was under the common misconception that it is necessary to go far away to receive high-quality medical care, especially when it comes to treating cancer.

“I thought I needed to go somewhere bigger or well-known, like the Mayo Clinic or bigger hospitals in Chicago. It turns out that my oncologist at La Porte was the top doctor in the area, and actually received referrals from the Mayo clinic wanting to bring their patients to La Porte for treatment”

After her personal experience, Powell wanted to share her story in hopes of inspiring others to research local medical care better.

“There is a lot to be offered here in our local community. I think sometimes people don’t understand that.”

Powell says receiving care locally was a blessing for her not just because she had the best oncologist in the area, but because it allowed her to still be with her two young daughters, just 5 and 6 at the time.

“My girls were little at the time. Just thinking of all the traveling and hotels required to seek treatment elsewhere is overwhelming, not to mention being away from my daughters. It’s kind of funny, one of the things I kept thinking is ‘I gotta be here for when my girls go to the prom’ because at the time I was so afraid they wouldn’t go shopping early enough to get the dress they wanted!” Powell said. “And then when prom finally came we were the last to get to the stores anyway,” she joked.

Throughout her journey, Powell had numerous friends and family supporting her, a lot of whom actually knew other people with cancer or had experienced it themselves.

“The funny thing is that once I got my diagnoses, I had all of these people coming up to me and saying that they have it, or their friend has it, or sister or mother, etc. Then they’d all give me suggestions on where to go for treatment, some said Indy, some said South Bend, some said Chicago. People would tell me to go elsewhere, but no one had my breast cancer, they were all different! Crazy! Her breast cancer was not my breast cancer, it rarely ever is, so it’s hard to take others’ recommendations if they don’t understand what kind of cancer you have.”

This is just one reason why Powell encourages anyone newly diagnosed with cancer to get themselves educated.

“Take a deep breath, and learn everything you can. Not all cancer is the same, so find out how yours is unique to you and seek out the best treatment plan for you; many times that can mean staying local.”

While Powell is certainly an advocate for the capability of local healthcare providers, she makes note that some forms of cancer do require outside treatment.

“My diagnosis was not life-threatening, staged at 0. I was in a little bit better position than many others with rarer cases, which I is why I encourage everyone to really get educated about their own particular case,” she said. “My cancer was a cancer that I could stay locally. If I had a very rare, unusual case, I would seek treatment at an establishment that specialized in that kind of cancer.”

Today, Powell is living happily, embracing every moment of life and feeling thankful as she looks back on her journey that led her to become a cancer survivor.

“I don’t think I would change anything in the process. I’m very grateful for my gynecologist for inspiring me to get educated on how to go through the process. That gave me the wisdom I needed to get through, and I’m very blessed to be here today.”