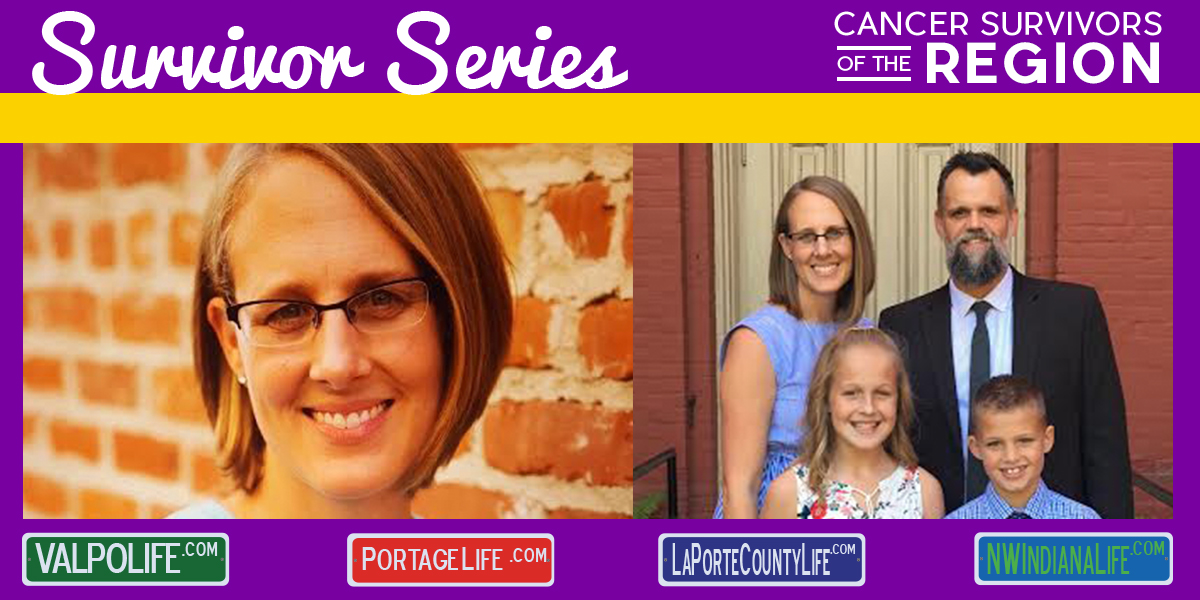 The most harrowing challenges can lead to the most unexpectedly rewarding pursuits. Heather Banks can attest to that.

In September of 2007, Banks discovered she was pregnant with her second child. During a routine appointment with her obstetrician, Banks received her first ever abnormal pap test.

“Nobody was really too concerned because an abnormal pap test is actually pretty normal,” Banks said. “There are lots of different reasons why you can have one.”

A reflex HPV test confirmed that Banks’s cells were becoming abnormal due to a strain of the HPV virus. Again, no cause for concern; data illustrates that more than 80 percent of women will have an HPV infection at some point in their life, but their bodies will naturally take care of the issue. Her doctors were not worried.

When she was about seven months pregnant, Banks received another pap test—the results showed the same abnormal cells. This time, doctors expressed the hope that the birthing process would flush the cells from her body, another common occurrence.

Banks’s son was born in April of 2008. The delivery went wonderfully, and the baby was healthy. But when Banks went in for her six-week postpartum appointment, the HPV cells were still there. A biopsy determined that the cells were high grade.

“The way the doctor phrased it to me was, ‘They’re still there, and they’re not going to go away on their own,’” Banks said. “We needed to do a procedure to get rid of them.”

Banks underwent a LEEP—a Loop Electrosurgical Excision Procedure. It is a fairly common procedure, the process of which involves using a laser to remove the abnormal cells from the cervix.

In late July 2008, the results of the LEEP revealed that Banks had cervical cancer.

“The doctor called me at home to tell me,” Banks said. “It was a summer day, and the kids were napping when I got the phone call. I’m a teacher, and it was a week before school started.”

Banks was 32-years-old when she was diagnosed with cervical cancer. Banks’s daughter was three-years-old at the time; her son was just three-months-old.

“For the first two days, we just kind of lived in fear,” Banks said. “You’re told you have cancer and you think, ‘Okay, people die from cancer. I could die.’”

Banks recalls the feeling of fear as vividly as she does the days following her diagnosis.

“The hardest part for me was that not only could I die, but that I could die as a young mother and a young wife,” Banks said. “And the realization that, ‘If I do die from this, my kids are so young they won’t remember me as their mother.’”

After a few days, Banks and her husband rallied to take the necessary next steps. Banks wrestled with the decision to undertake the most aggressive form of treatment: a hysterectomy.

“Through the advocacy work that I do now, I have met a lot of women who have been diagnosed with cervical cancer at what I’ll call a young age—their late 20's and 30’s,” Banks said. “For many women, those are childbearing years. One thing that I think is overlooked often is the whole issue of fertility. When you’re diagnosed, there’s a big part of you that’s like, ‘Just get rid of it. I just want it gone so that I can survive and move on with my life.’ But the hard part about that is that, in most cases, the most aggressive treatment is to have a hysterectomy.”

Given her circumstances, Banks and her husband concluded that a radical hysterectomy was the best option.

“We hadn’t made the decision that we were done having children, but we had two and they were healthy and wonderful, and we felt really blessed,” Banks said. “It wasn’t easy, but we didn’t really hesitate with the most aggressive option."

Following recovery from her surgery, Banks underwent additional treatment due to the cancer that had already begun to spread, as evidenced by infected lymph nodes. Banks championed nine weeks of chemotherapy and radiation. She took off an entire semester of work to undergo treatment.

Consistent appointments and tests over the next five years assured that Banks was in the clear.

At an appointment with her oncologist, Banks spontaneously offered to speak her support to any woman going through the same struggles she faced. Within the year, Banks’ oncologist gave her name to a local news station producing a segment on cervical cancer. Sharing her story on that platform was her first act of advocacy. One thing led to another, and she was invited to local and then national events to share her story. Eventually, her work led her to Tamika Felder, founder of Cervivor.

“Our paths crossed, and we hit it off as friends, but I also went to one of the very first Cervivor Schools,” Banks said. “From there, I kept in touch with Cervivor and with Tameeka. I became part of the leadership team, and I’m now Lead Advocacy Educator.”

Banks’ main task is to coordinate and lead Cervivor Schools. Cervivor is focused first and foremost on advocacy, though the organization also serves as a support group.

“We’re really just a bunch of women who have been through HPV and cervical cancer and are working really hard to eradicate this now preventable disease,” Banks said. “We find that there’s a lot of power in putting a face and a name to not only cervical cancer but also to HPV.The internet can be a really scary place for women—medically speaking, you can get lots of intimidating information. But our website is a safe place to turn for information that won’t overwhelm you or scare you.”

Women like Banks who share their stories and the initiatives that have come out of a higher awareness of cervical cancer and HPV are already making a big impact.

“A lot has changed in 10 years,” Banks said. “I always use my daughter as a point of reference. In the span of one generation, a lot has changed to make it so that she and the young women she represents will be able to be a lot more proactive with their gynecological health, a lot more empowered with their gynecological health, and we will have less and less girls being affected by HPV and cervical cancer. I look forward for her generation.”

You can find other stories like Banks’s at www.cervivor.org.