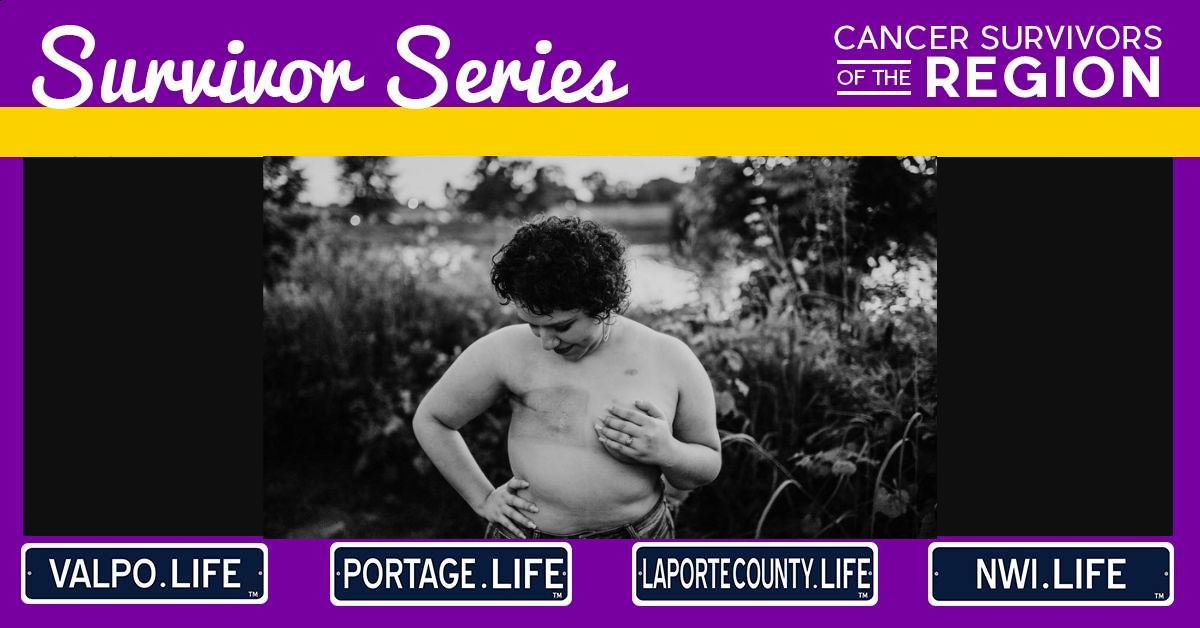 On March 14, 2019, 26-year-old Alma Jones received a call that would forever make an impact on her life.

"I’m at work I remember it was March 14. I got a call, and it was the clinic, the lady tells me: 'It’s cancer. I’m so sorry honey.' I immediately started crying, shaking and scared-- all kinds of emotions. I called my husband, left work and immediately went to the hospital to talk to the doctor who did my biopsy and that was it," said Jones.

What had originally begun as a lump in her right breast, which Jones had taken note of during a routine folding of her freshly washed clothes, turned into a series of evaluations.

"At the appointment she did a breast exam. She then said she does feel something and was going to send me for an ultrasound. I remember it was scheduled for March 7, 2019. The day of the ultrasound I wasn’t nervous or anything--I just thought it was all routine," said Jones.

After a follow-up of a mammography post-ultrasound-- Jones had been diagnosed with Invasive Ductal Carcinoma, stage 3.

"It was hard. My emotions were all over the place. I was especially scared because I was in Texas away from my parents. I was scared to tell them. So, then I finally told them, and it was a Thursday and by Sunday night my mom was in Texas with me! So having my mom and my husband there with me was all I needed to know that I wasn't alone," said Jones.

Despite these revelations, Jones, through the love and support of her husband, her family, and a couple of her closest friends-- remained strong.

"Through everything I went through, I never once thought or said, “I’m gonna die,'" said Jones. "But I had my bad days too. I had moments where I wouldn’t get out of bed for days or I would just sleep all day. There was a time when I lost my sense of taste for a week [from chemotherapy] and it was horrible."

After seven grueling months of chemotherapy and a single mastectomy; Jones had been declared cancer-free on October 1, 2019.

During our interview for this article, Jones sent over several photographs depicting various stage of her journey- from her brightly smiling face, to a powerful photograph of Jones revealing the concrete evidence of her life-saving surgery- her scar where the mastectomy had taken place, a shoot executed by Chesterton, IN local photographer, Dana Elizabeth.

"I had a photo shoot scheduled to celebrate my one year of being cancer-free. I didn’t have it in mind to show my scars or my right side of my chest- it just naturally came to me to show that side. It’s not often you see that, and it just made me feel so good to do that and show my scars and my flat side. It’s not something I was or am embarrassed about. It’s a beautiful thing. And my scars are what tell and show my story," said Jones.

Jones currently resides in Portage, IN, with her husband Kyle Jones, working as a receptionist for a cardiology office while managing her dessert business, La Niña Fresa. Jones and her husband hope to start a family now that the worst is behind them.

"I love telling my story because I want to bring awareness and let everyone know that breast cancer happens to you at any age. A lot of people were super surprised at the fact that I got diagnosed at 26 by a cancer that is normally seen in older people," said Jones.