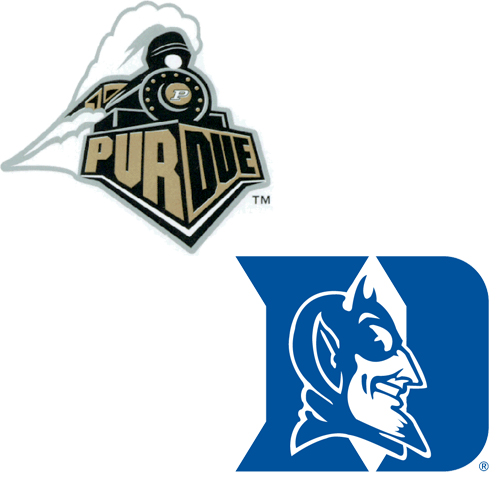 I began writing a straight-laced, unbiased preview of Friday’s Sweet Sixteen match-up between Duke and Purdue.

It’s tough for me to be neutral: I am a big college basketball fan, I graduated from Purdue in ’08 and was a freshman in the last year of the Gene Keady era. My Purdue basketball experience runs from Carl Landry’s last year through the Hummel-Martin-Moore-Johnson recruiting class, to this year’s chance of the Final Four in Indianapolis.

To make matters worse, my second favorite team is the Tar Heels of UNC, Duke’s most intense rival. Needless to say, I’m pulling for Purdue.

Bias aside, though, I feel most of the country is joining me in rooting for the Boilers and/or against Duke. On one hand, you’ve got the anti-Duke mentality, generally due to over-exposure on ESPN, the general distaste for Coach K, and Dick Vitale. On the other hand, you’ve got Purdue: a team built the right way, who many in the country have seen growing up as the “up-and-comers” over the past three years, and who lost their best player at the worst time in the season.

So even if the country is behind the Boilermakers, the question remains: can Purdue upset Duke in the Sweet Sixteen?

Reasons to Think “No”:

The Hummel Injury
I think there is some sort of rule among sportswriters that referencing Robbie Hummel’s knee injury within the first 40 words talking about Purdue. And you can’t blame them; Purdue was a great team with Hummel and is a pretty-good team without him. This thing they’ll miss most about him this game is the depth he brought to Purdue’s big men. Without Hummel, Purdue is down to just two big men, which brings me to my next point… 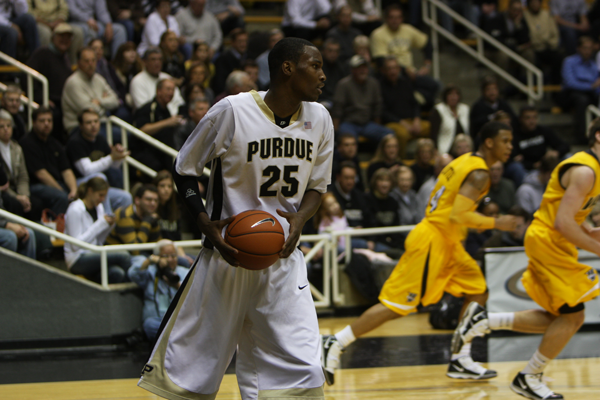 The Big Man Situation:
The biggest change the Boilers had to make post-Hummel was moving Chris Kramer from starting point guard to starting power forward. As great as Kramer has been this tournament, the 6’3 guard still is giving up between 5 and 8 inches to the guy he is guarding.

The big man situation leaves 6’10 JaJuan Johnson and the inexperienced 6’9 freshman Patrick Bade to fend off:

Zoubek and the Plumlees get significant time each game, and the rest of the Blue Devils’ starting five stands at: 6’2, 6’5, 6’8.6’8. Purdue’s 4-guard attack will need some toughness to make up for the size discrepancy.

The Big Ten – ACC Challenge
Last season in the Big Ten – ACC Challenge, Duke faced off against Purdue at Mackey Arena, resulting in a 76-60 Duke win. That night, Duke was just a better team. They out-rebounded Purdue 44-26 and out-shot the Boilers from 3-point range 36%-16%. Many of the same players are involved in this game as that game, can Purdue even the score? 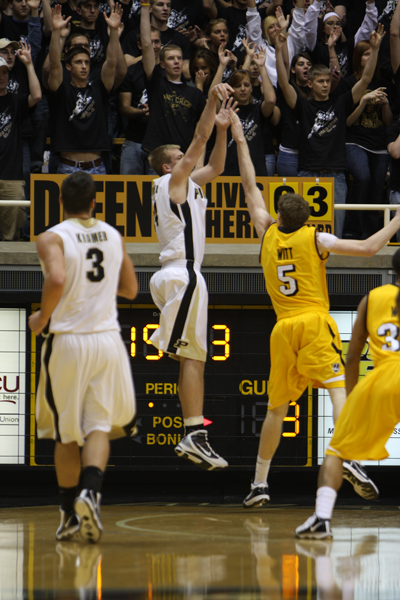 Defense
Purdue has held opponents to under 35% shooting in each of their two tournament games and have arguably the toughest defense in the country. Chris Kramer creates a lot of problems, but Purdue also has ball-hawks in Keaton Grant and E’Twuan Moore, and has JaJuan Johnson in the post to block shots. If the Purdue D can stay hot and force Duke to take some bad shots, then the Boilers could edge one out.

The Ewing Theory?
If you aren’t familiar with the “Ewing Theory”, it’s a theory from Bill Simmons predicting that some teams will actually from their star player leaving. The main case is Patrick Ewing, whose Knicks team only made one finals appearance during his 15+ year career there, and immediately went to the finals in the 1999 season Ewing didn’t play due to injury. Read more about it here.

Basically, it comes down to the teams embracing the underdog role, and gaining a mental toughness needed to survive. It’s a weak point, but hey, we’re talking about the NCAA Tournament. Anything is possible.

The Inevitable “Hot Shooting” Game
Purdue is for the most part a jump-shooting team, but hasn’t caught fire yet this postseason. On the season, Purdue averaged shooting 45% from the field and 31% from three point line. During the postseason:

So, Purdue has shot under their field goal averages 3 out of the 4 games, and equaled their average in the other. If the law of averages is correct, doesn’t that mean they should have at least one game in them where they shoot over 45%? Maybe over 50%? They’ll need to if they want to move along to the Elite Eight.

So can the Boilermakers get past the Dukies? It’s possible, but the odds are against them. One thing for sure though: come 9:00pm on Friday night, I’ll be watching.