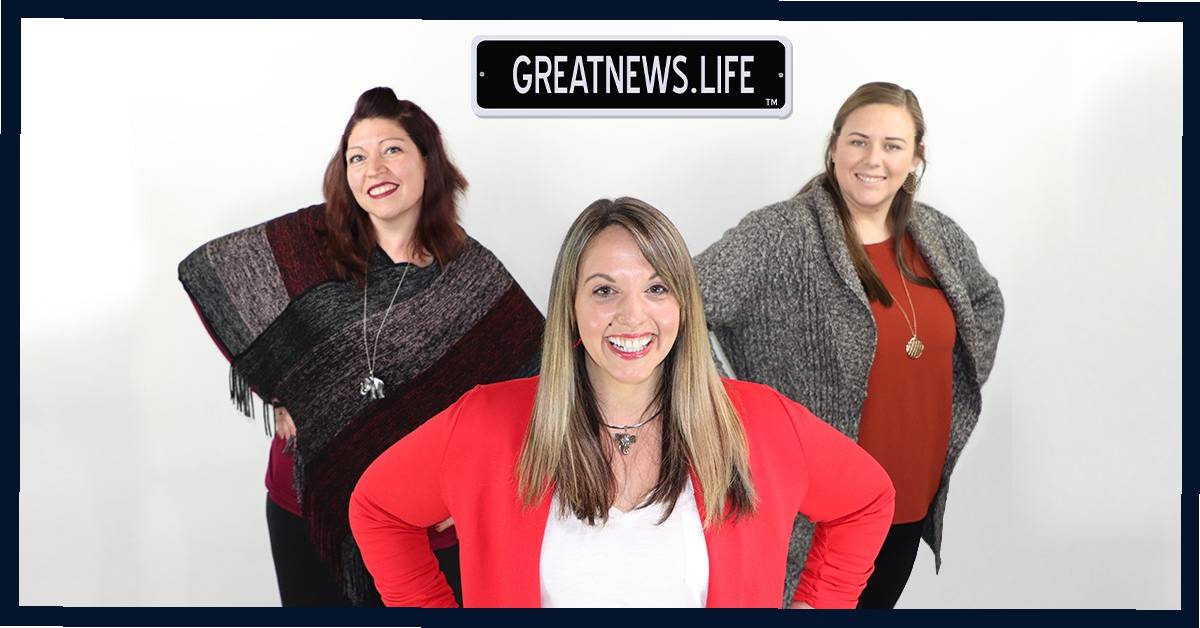 In a too often negative-centric media world, GreatNews.Life has been a fast-growing source of positivity bringing comfort in times of struggle, shining light on local heroes, and sharing the great news unfolding in Northwest Indiana every day. All this began with one man’s crazy dream. GreatNews.Life Founder Chris Mahlmann has carried the torch that spreads an ever-growing light of optimism and hope throughout the Region for over a decade. That torch has been officially passed to Mahlmann’s long-time Executive Director Jenny Craig-Brown.

Craig-Brown has been with GreatNews.Life for eight years and has worked by Mahlmann’s side since day one. Serving as his right-hand woman for so long taught Craig-Brown the ins and outs of not just running a company but running a company like a Lifer. Now she will take the reins of the company she helped grow into what it is today.

“Chris built something that matters here, so as we talk about transferring that over to me, it’s incredibly exciting,” Craig-Brown said. “Chris has built a mission and a model that’s made to last - something people need in their community more than ever. I am honored to have helped grow this company and feel confident taking over something that already works so well now and help it flourish even further.”

Craig-Brown is eager to get started but emphasizes that Mahlmann is surely not going off the grid. Rather, Craig-Brown will take over running the daily operations and Mahlmann will spend his energy implementing the vision for future expansion later in 2021 and beyond.

Craig-Brown will be leading GreatNews.Life alongside managers Stephanie Swearington, who will serve as the Director of Operations and Human Resources, and Kayti Grable, who will serve as the Editorial Director. The three form a female management team; a collective powerhouse that will use its complementary skills to lead the Lifer team into a new era of positive news.

“I’m able to sit in a room with these ladies and know that they’ve got my back and I’ve got theirs,” Craig-Brown said. “They are incredibly smart and fun; the type of women you want to hang out with every day. To say that I get to work beside them is a dream come true.”

The three leaders feed off each other, and each of them possess a skill set that often compliments the skills of the others. The result is a well-rounded leadership team that provides the company with stability and distinctly positive energy.

“Kayti has a coach mentality that stems from her softball background and provides a sense of calm direction,” Craig-Brown said. “She can lead people to run uphill with her to success. Stephanie fills so many roles for us and provides support whenever and wherever we need it. She drives process development and following through with the implementation of all our big ideas. Both of these women balance me out completely, and I could not ask for better leaders to head this company beside me.”

“Within the past four years there have been many changes taking place where we have implemented processes and procedures and revised our playbook to make this team succeed,” Swearington added. “That is how this transition will be, preparing us for even bigger ones in the future. I am always looking for solid team members who want to be a part of something.”

“I am thrilled to be able to learn from two very different minds in Jenny and Stephanie,” Grable said. “My main role will include managing the editorial and coverage team to ensure that the product we produce is of high quality and character. I will be the ultimate supporter of Jenny, Stephanie, and this company.”

While many outstanding Lifers have grown and moved on over the years, Craig-Brown attests to the sheer quality the current team brings to the table, calling them the best blend of individuals GreatNews.Life has ever seen.

“The expertise, charisma, and character this crew possesses is unparalleled,” Craig-Brown said. “Whether it’s our coverage crew in the field, our students throughout Northwest Indiana, or our core team, each person genuinely cares about each other and our mission and gives their all to this company every day.”

Anyone who has met Chris Mahlmann knows that his dream has always been to never rest until great news goes global.

“My dream has always been to take this passion for positivity and bring it to every community in Indiana, the Midwest, and across the country,” Mahlmann said. “Every Lifer that gave us their best these last 12 years laid the foundation that these leaders will build upon.”

Craig-Brown and her powerhouse team share that same sentiment and mentality for growth.

“We create a product here that no one else does with the volume, quality, and positive impact that happens as a result, and we have done it in such a repeatable manner that can be built upon, expanded, and served to the world eventually,” Craig-Brown said.

Craig-Brown’s overall goal for her first year is to ensure all operations continue running smoothly in the Region and then begin expansion into the South Bend, Mishawaka, and Michiana areas.

“We’ve got a lot of work to do, but we’ve got the team to do it,” Craig-Brown said. “Whether they are part of the management team, the social team, the video team, or our top-notch technology crew, every person here genuinely cares about what we’ve built and where we’re going next. We are always striving to be better in every aspect. We’ve got the right people in the right positions with the right timing.”

With her years of experience bringing Mahlmann’s vision to life and a team ready to fight the good news fight by her side, Craig-Brown will officially take over the daily operations of GreatNews.Life.

“I trust them with my life, literally,” Mahlmann said. “The world needs more good news, and this company is blessed to have so many team members of great character prepared to bring it to them.”

“No one person can take on this whole company. It is built to be run through an army of great people, and the stars have aligned to bring together what is essentially our dream team to do just that,” Craig-Brown said. “We are and always will be Lifers doing things the Lifer way, and we intend to carry on that legacy.”