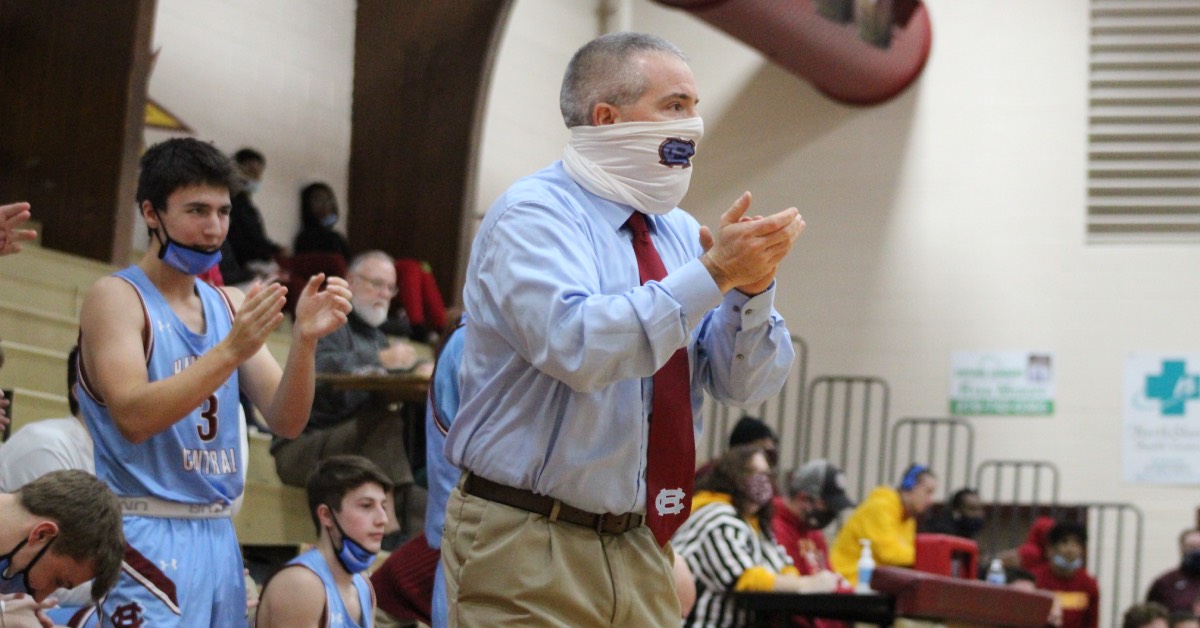 Bryon Clouse is set to become the head basketball coach at Portage High School. The announcement comes weeks after Rick Snodgrass retired from the position. Clouse will also be hired as a teacher at the high school.

Clouse has spent the last nine years coaching at Hanover Central High School, where his teams have seen immense success, including two sectional titles in 2019 and 2020.

Clouse, who is a 1994 Portage graduate, is excited and eager to take over the basketball program at his alma mater.

“South Haven and Portage school systems are all I have known for most of my life. When I had the opportunity to come back to my alma mater and be closer to my family and my wife’s family, it was definitely an opportunity I knew I had to jump at,” said Clouse.

Sportsmanship and playing hard is an aspect that Clouse hopes to bring into Portage.

“I believe in battling hard for 32 minutes and shaking hands at the end of the game. Last year at Hanover, we won the sportsmanship award at the sectional game, and in my opinion, that is a big honor. People recognizing how your team carries themselves means a lot to me,” said Clouse.

Clouse looks to win and establish the Portage basketball name around the community.

“Anytime you win, no matter what sport you are in, people come out there and take a look at you. Hopefully we can get the community hooked, get some W’s, and get the community in the gym and keep them in there for a while,” said Clouse.

Portage High School Athletic Director Fred Joseph is excited about the hire and expects Clouse to have success at Portage.

“It is very exciting to have a Portage alum taking over the program, especially one who has the accolades he has. We are hopeful to see what he can do,” said Joseph. “His expectations are the same as all of our other coaches and that is to push our students to the best they can and make an impact in our school and our community,” said Joseph.

Clouse enjoys coaching basketball and loves the details of the game and all it entails, including watching film, reading about the game, and passing the game on.

Clouse hopes to bring a winning mentality and create a community-driven basketball program across all levels at Portage.

“I’m happy to be at Portage. It’s a great privilege. I look forward to working with the people at Portage and hopefully we can bring a winner to the town and everyone will come see us play,” said Clouse.