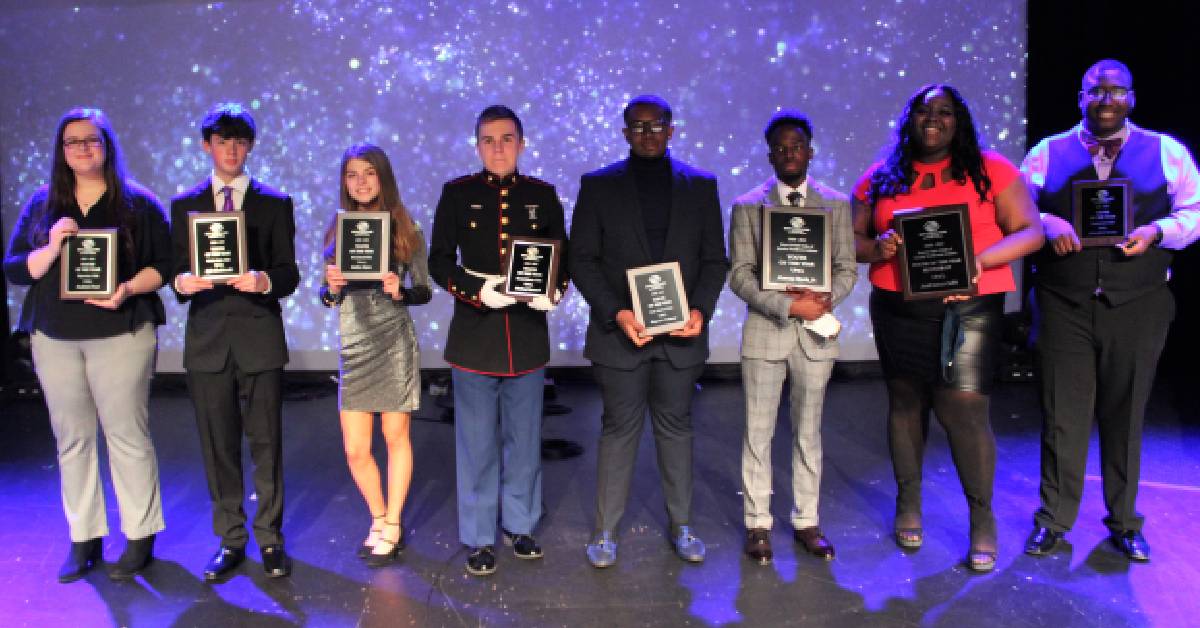 On Thursday night, Boys & Girls Clubs of Greater Northwest Indiana hosted their 2021 Youth of the Year Award Ceremony. The event honors teens from every Club in the area who demonstrate outstanding character, mentorship, and academic success.

Every year, each candidate goes through an extensive judging process that involves interviews and essays, culminating in a speech on award night. Judging is conducted by community leaders who serve in a volunteer capacity. This year’s runner up, Andriana Cobb of the East Chicago Club, received a $2,500 scholarship for post-high school career goals. The winner, Marcus Steele Jr. of the Gary Club, claimed a $5,000 scholarship and will move on to compete at the state level of competition in April.

“The experience is just amazing, eight years ago I never thought I’d be here today,” Steele said. “Even four years ago, back when I first competed, I never imagined that in 2021, this is where I’d be standing.”

When he first joined the Club, Steele was a bit of a wallflower and unsure of what he wanted to do. He credits the Club and the mentors he met through it with playing a large part in helping him find himself.

“That shy kid who didn’t know who he was, he’s gone,” Steele said. “Now that I stand before you today as a strong black man in this world, I could never be more grateful.”

Steele has represented the John Will Anderson Club in Gary each of the last four years, earning recognition in large part because of his talent and commitment for mentoring the younger Club members. In his speech, he called attention to one particular boy that he took under his wing.

“In 2019, I met Willy Wilson. He was just 10 years old at the time,” Steele said. “Looking at him in the Club, you might think he’s a little troublesome, maybe even mischievous at times, or maybe you think he’s just another kid from Gary, Indiana – the hood. But when I look at Willy, I don’t see any of this. I see potential. I see a kid who was a little lost and just needed someone to step in his life and give a little push. I see myself. Over the last two years, my bond with him has been everything.”

Steele plans to open his own construction company and has already been accepted to Ball State University where he anticipates using his scholarship to study construction management and business administration.

“There’s one thing I want to say to youths out there, especially Willy Wilson, who’s my right hand,” he said. “Continue doing what you’re doing, never let anybody stop you, and don’t ever discourage yourself. Keep being you, and I guarantee it will pay off.”

Cobb, who shared stories of her family’s struggles growing up and her own battles with finding self-worth, said that the moment they called her name as runner-up was overwhelming.

“It’s been so surreal to me, I’ve been going to the Club since I was 10 and I never thought I’d get close to being Youth of the Year,” she said. “Being young in there, I was so bad. As I’ve grown, I’ve realized it was better for me to be the person that I am now. There’s so much that I’ve lost, so much that I’ve overcome. Know that this is reaching other people who are going through stuff that I have feels amazing.”

Every candidate received goodie bags stuffed with gifts as a congratulations for their efforts and a thank you for their mentorship to their fellow Club members.

“We’re all so very proud of you,” said Ryan Smiley, President and CEO of Boys & Girls Clubs of Greater Northwest Indiana. “I know how you’ve worked to get to this point, and really, truly know that this is just the beginning.”

To learn more about the Boys & Girls Clubs of Greater Northwest Indiana, visit them at www.bgcgreaternwi.org. To view all of the Youth of the Year Reception sponsors, visit youthoftheyear.givesmart.com.