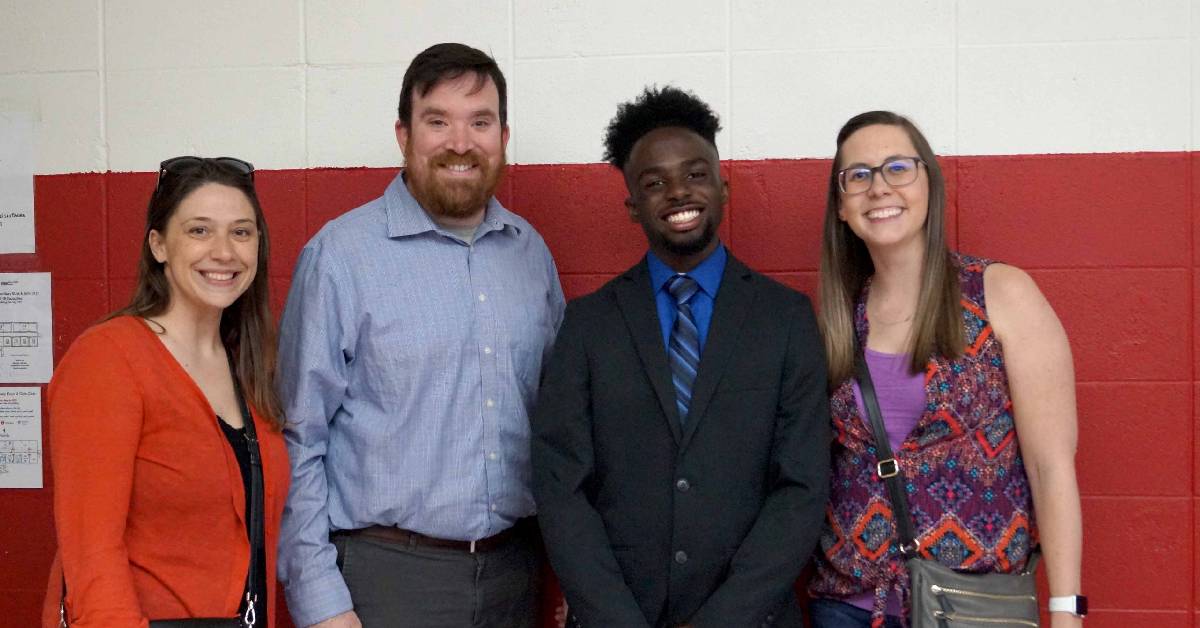 Steele is Boys & Girls Clubs of Greater Northwest Indiana’s third straight Indiana Youth of the Year winner to make it to the regional competition. In 2019, Portage’s Sanja Kirova was named Indiana State Youth of the Year, and in 2020, Merrillville’s Azariah Avery took the honor.

“This has been a very long journey,” Steele’s father Marcus Sr. Said after the State competition. “But he’s very calm, and he takes everything in stride.”

Boys & Girls Clubs of Greater Northwest Indiana president and CEO Ryan Smiley said Steele’s success is a testament to his character and commitment to helping others.

“Marcus has developed into an outstanding young man. He’s a mentor inside our Club, and younger members look up to him and follow his lead,” Smiley said. “We’re so proud of what he’s accomplished, and we know he’s on his way to accomplishing so much more.”

Steele delivered his speech live from his home Club while staff and his family watched from the gymnasium. After the announcement, Steele was all smiles. He thanked his family, friends and Boys & Girls Club staff for supporting him.

“It’s truly a blessing to be just a kid from Gary, Indiana who made it to Nationals,” Steele said. “I thank everyone who has supported me and invested in me. It hasn’t gone unnoticed.”