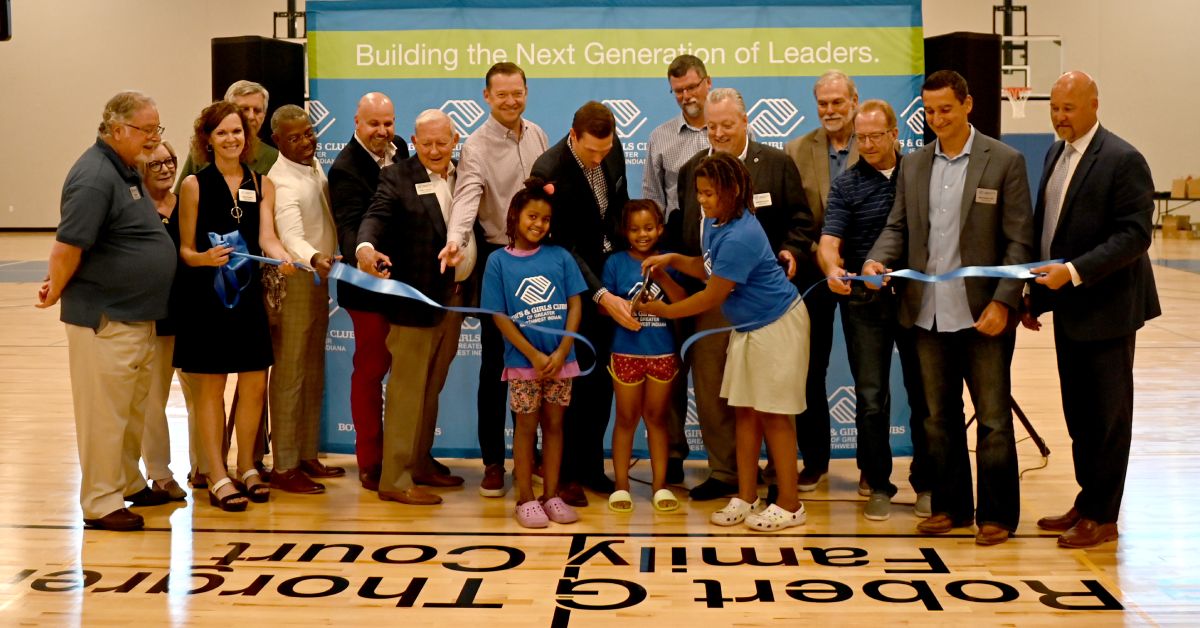 Boys & Girls Clubs of Greater Northwest Indiana officially cut the ribbon on the new Valparaiso Boys & Girls Club this past Wednesday, after raising capital funds for the project for nearly three years.

Though the Valparaiso Club has been open to the public’s youth since early June, the organization briefly held off on the ribbon cutting due to a small delay in building renovations. President and CEO Ryan Smiley expressed his satisfaction with the results, taking time to offer gratitude to those partners and community members which contributed to the new building.

“The Valparaiso Club is a state-of-the-art place for kids to be kids today and into the future," said President and CEO Ryan Smiley. "Thanks to the generosity of so many people in our community, we were able to construct this 36,000 square foot state-of-the-art facility that has everything for every kid. The excitement on their faces when they walk in here has been remarkable.”

“The Boys & Girls Clubs keeps kids safe, but it also takes the burden off so many of our parents that are working so hard to provide for their families," said Amy. "Having a place, like a Boys & Girls Club, makes all the difference in the world.”

Valparaiso mayor Matt Murphy also spoke on behalf of the City of Valparaiso, which supported the organization’s building effort financially throughout the past years.

In total, Boys & Girls Clubs of Greater Northwest Indiana raised just over $9 million in support of the project through the Valparaiso Capital Campaign. The campaign came in response to renovations estimates for the old Club at the Gardner School Building, which would have been so expensive that it made more sense for the organization to move on to a new, modern building, large enough to host an even greater number of Valparaiso’s youth. The new Club offers members a rock wall, digital music recording studio, STEM lab, art room, dedicated teen and tween space with its own entrance, teaching kitchens, and two full-sized gymnasiums.

While online sign-ups make the process simple and easy, Smiley strongly encourages families to come and see the facility in-person, so they can gain a better appreciation for the positive atmosphere the Club provides.