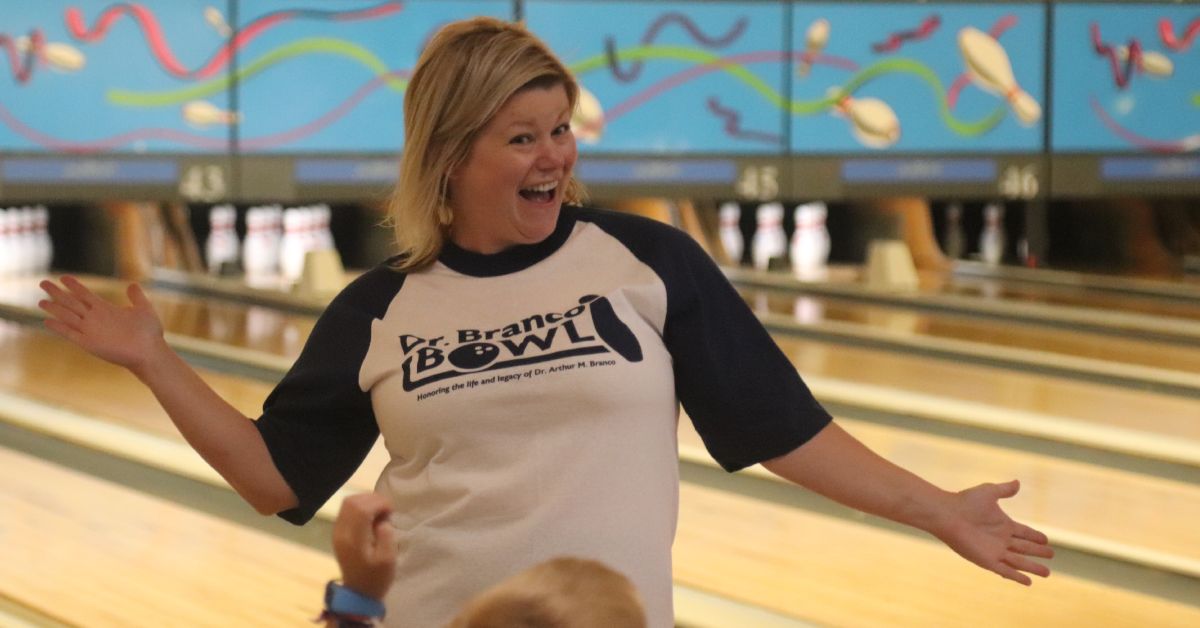 The family-fun Franciscan Health bowling benefit, previously known as “Rolling For A Reason,” was held to fundraise for the Dr. John Lanman Clinic in Hammond, Indiana. Except, this year, Franciscan Health had an additional reason for hosting the ninth annual event: to honor the original organizer Dr. Arthur Branco.

Along with launching the Franciscan Health bowling benefit, surgeon Branco further showcased his pioneering life of service by also significantly contributing to the founding of the formerly called Catherine McAuley Clinic.

“My dad was one of the founding members of the clinic, and the clinic has such an amazing mission,” daughter Jenny Krol said.

“It was part of his life of service to others,” son Chris Branco said.

Dr. Branco passed away last summer after his multiple years of healthcare service to the Northwest Indiana area. As an act of remembrance for all his contributions to patients, family, and friends, the benefit was renamed to the Dr. Branco Bowl.

Rick Peltier, executive director of the Franciscan Health Foundation, believes that the clinic is a shelter for those who do not have a medical home, especially those disadvantaged by a lack of health insurance.

“This clinic really speaks to the mission of the Franciscan Sisters: that we serve everyone in need, especially the poor and the vulnerable,” said Peltier.

“People who are out there working so hard, and they don’t have health insurance,” Krol seconded. “It meant so much to him. What meant a lot to him were all the doctors and nurses and the support staff that give their time freely. [At the beginning,] they only had one paid employee at a time.”

Chris Branco expressed how his father lived in “quiet servitude” despite the contributions he made to the healthcare system and community for so many years.

“Early, we were talking about how much we really knew about what my dad was doing with this,” he said. “It was nothing he bragged about, nothing he talked about openly except in the medical field.”

The event included three games of bowling with over 150 players over 32 sponsored lanes. Sponsors from across the area have been participating in the 2022 benefit as well as previous ones, which tended to be held in the winter months, according to Peltier.

For the Branco family, spending a summer day with people who knew, worked with, and loved Dr. Branco was the best part. But, even with all the hubbub, Chris Branco noted that one sound was still missing.

“Keeping this [benefit] going has been a mission," he said. "Now that he has passed, it’s a lot of work without the founding member or that energy that all started it.”

While Dr. Branco’s physical presence was missed, an environment of comradery and love reflecting the late founder served as a presence for the event. His mission and influence live on, which is something Franciscan Health wants to continue with future benefits.

“We want to continue his [Bronco’s] life and legacy,” said Peltier.

To learn more about Franciscan Health and their benefit events, visit their website here.