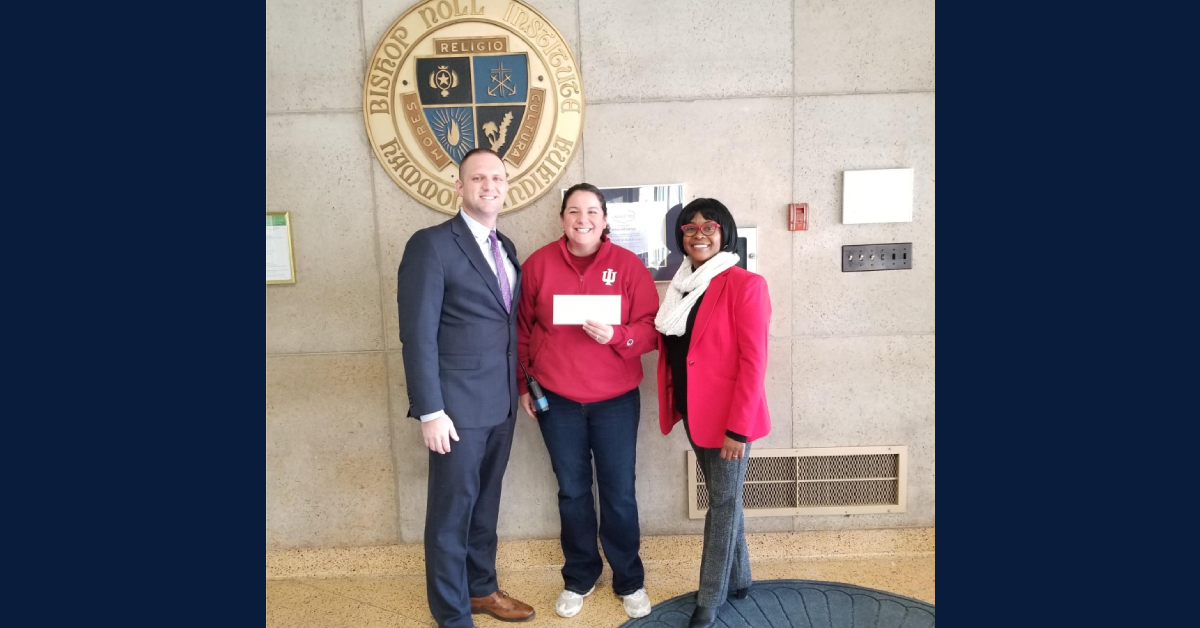 Since 1986, Big Shoulders Fund has been doing everything it can to support the highest poverty Catholic schools of Chicago and give children and families who might not have the means or the opportunity to experience a quality, values-based education.

They took a big leap when they extended their programming to Northwest Indiana in 2019 through the generous support of Bruce and Beth White. The early success of this initiative is tied directly to the strong leadership of Dan Kozlowski, Regional Director, and Gisele Jones, Director of Community Partnerships—two locals committed to making a difference in the Region.

“This is Big Shoulders Fund’s first venture out of Chicago, so the pressure was on for Gisele and I to do a good job,” Kozlowski said. “So far, I’m really proud of what we’ve been able to accomplish, especially during a pandemic year. When you add that on top of everything, we’ve seen some really impactful things happen.”

So far, the Big Shoulders Fund has distributed over 12,000 meals to Northwest Indiana families, provided emergency tuition support to families suffering from increased financial need during COVID-19, and aided local Catholic schools in handling the logistical problems of operating during a global pandemic.

“We’ve helped teachers and schools transition into the new virtual reality,” Jones said. “We’ve even been sounding boards for school leaders who are balancing trying to keep their staff happy, and parents happy, as well as keeping themselves emotionally happy. I’m excited that we’ve been able to be a partner to them in this time and am very proud of the work we’ve accomplished.

They are also finalizing plans to secure families no-cost, high-speed internet connection if they are currently lacking one, to help students stay active in school as some systems shift to e-learning.

“A lot of our schools have both virtual and in-class environments,” Kozlowski said. “Especially now, there’s an increasing amount of technology being used in curriculums, and it quickly becomes evident that some students struggle because they just don’t have that internet access at home.”

Jones and Kozlowski grew up in the area and have experience with Northwest Indiana’s Catholic schools, both firsthand and through their children.

“These schools are an opportunity for kids to experience a completely different learning environment from public schools,” Jones said. “There’s something special about the values-based education Catholic schools provide, combined with a mix of different cultures and a more rigorous curriculum. We’re working to give students, from all different backgrounds and communities, who might not have had the opportunity before, to experience that learning environment.”