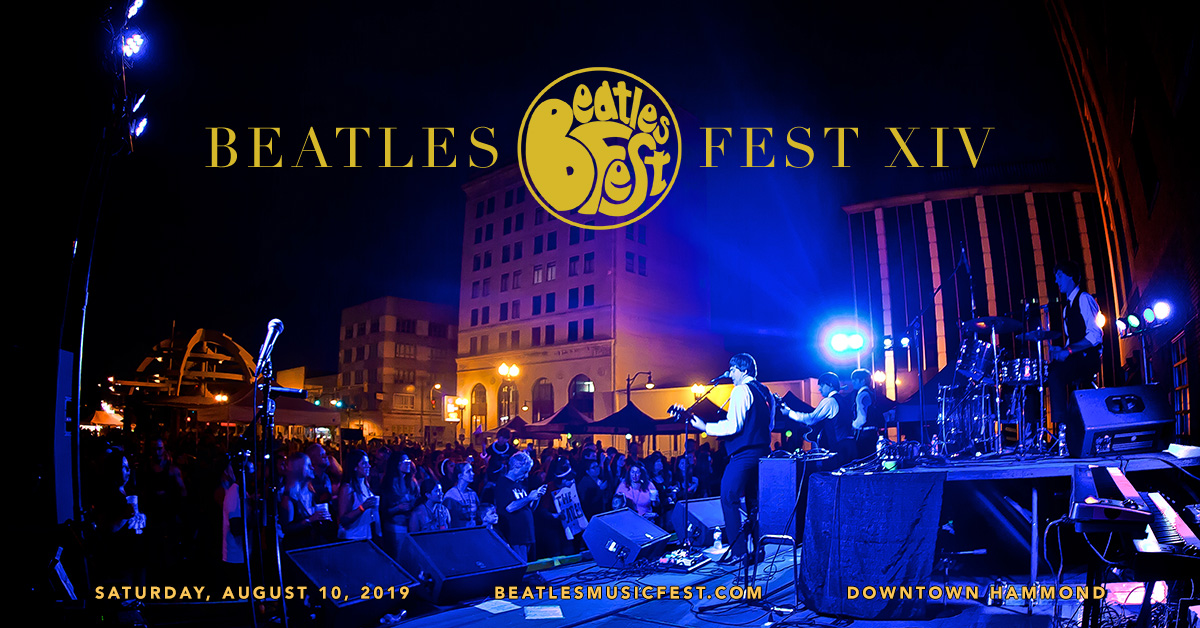 On August 10, we have an idea. Come together. Right now. Over Beatles Fest XIV. The iconic all-ages affair in downtown Hammond has all the elements to properly usher in year 14 of the Region’s exceptional celebration of the band that started the British Invasion. Tickets are still available, but they’re going fast. (Head over to beatlesmusicfest.com).

Getting to Beatles Fest is easy. A good address to plug into your GPS would be 5218 Hohman Ave., Hammond, IN. It will take you to Downtown Hammond, where the fest takes place near the intersection of Hohman Ave & Rimbach Street. The main gate is at that intersection. Parking is free surrounding the festival grounds. Look for the signs. Want to pedal instead? The Erie Lackawanna Trail and the Monon Trail will take you just steps away from the Beatles Fest main gate, and there are plenty of places near the entrance of the Fest to secure bikes. If you’re taking the train – specifically the South Shore Line – plan for about a 15-minute walk south on Hohman Avenue from the Hammond station.

Want to represent the fest better than your friends? Show up in style. Beatles Fest T-Shirts ship within 24 hours of ordering, so as of July 31 when this story is launched, you still have time to order your shirt and get it in time for the fest. https://squareup.com/store/beatlesfest. You can also visit the merch tents that day.

To purchase tickets, or learn more in general about the event, visit beatlesmusicfest.com.