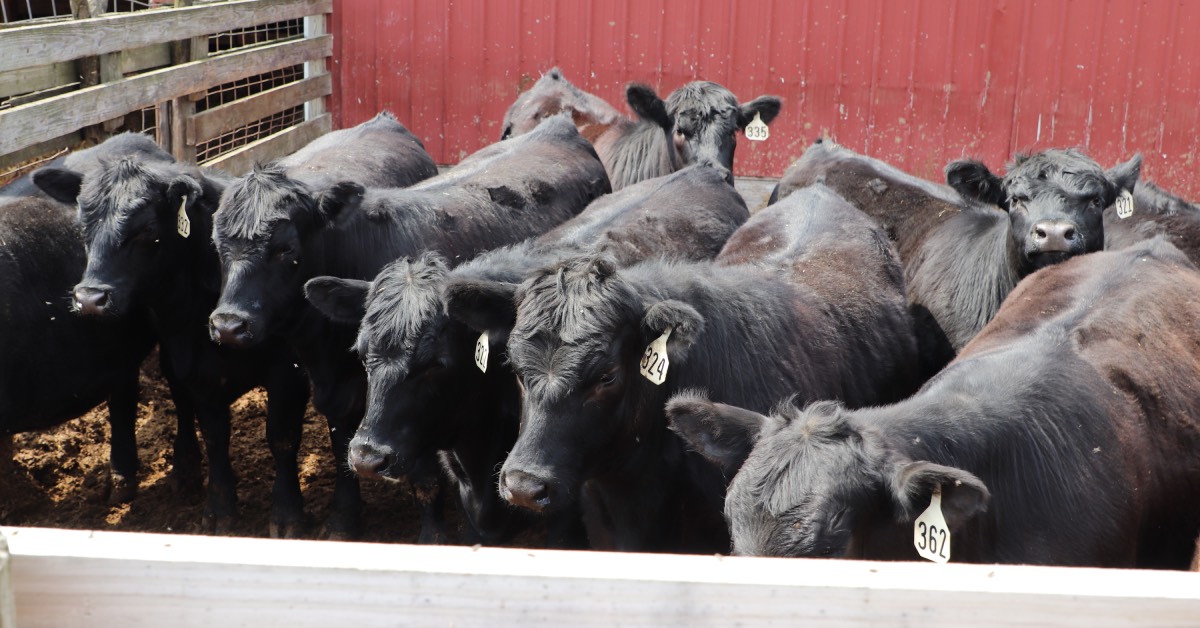 In the early 1920s, the Sisters of Poor Handmaids of Jesus Christ (PHJC) purchased several-hundred-acre property by the lake that later became known as The Center at Donaldson and included the Ancilla Beef & Grain Farm. The sisters established the farm to help sustain their own needs and provide for the needs of the community.

“Somewhere between four and seven cows a year, go to the kitchen to feed the Sisters, Maria Center residents, and coworkers,” said Geoffrey Williams, Executive Director of Ecological Services at The Center at Donaldson. “We donate two cows a year to a charitable organization called Cultivate. They do food rescue, and we donate those cows to help them supplement those meals that they’re preparing for people so that there’s a protein provided.”

While Ancilla Beef & Grain Farm does contribute to Cultivate and supply beef to the kitchens at The Center at Donaldson, its main goal is to pour responsibly grown food into the general food supply. It sells the majority of the corn and beans grown and harvested at the farm.

“We want to expand what we’re doing with Cultivate with some of the work we’re doing in the greenhouse. We want to contribute directly to Cultivate to help them reach a larger population base,” Williams said. “The Sisters themselves do direct charitable work with food distribution. One of our Sisters actually goes around and directly delivers food to people in the community on a regular basis. We don’t have one method of food distribution, but rather a lot of strategies, and we’re always looking for more opportunities to better serve the population directly in our local community.”

A father and son team currently runs the farm, generally working at the farm seven days a week, and the rest of the grounds and ecological services team floats in and out to help at the farm.

Between what Ancilla Beef & Grain Farm owns and rents, it farms approximately 800 acres per year. That number varies slightly because the farm rotates crops every year, working with National Resources Conservation Service (NRCS) and United States Department of Agriculture (USDA) to determine its rotation as well as enrolling certain portions of crop land in the Conservation Reserve  Program (CRP). Last year, the farm grew about 8,000 bushels of beans, 42,000 bushels of corn, and 4,500 bushels of wheat. Right now, the farm has about 130 cows, as well as the calves that have yet to arrive this spring.

“We graze our cows on our own pastures, we feed our cows our own hay, and we supplement with our own corn that we grow here. Other than some dietary supplements, we virtually feed our own herd,” Williams said.

Growing the food for the cows is only one facet of Ancilla Beef & Grain Farm’s goal of being environmentally responsible. The team working the farm is exploring regenerative agriculture approaches to farming to reduce the amount of soil amenities and fertilizers used on the property.

“As the farm has changed over time, we’ve tried to be very responsible about our farming practices and how we contribute to the food supply in general and to the local economy as well,” Williams said. “Poor Handmaids of Jesus Christ has made commitments to both Earth Charter and Laudato Si’, and we’re looking for ways to better meet those values. That’s why we are reevaluating the work that we’re doing at the farm and greenhouses. We want to determine how we can better take care of the land and the property, produce food for others to help our community, and do it responsibly so we’re not taking advantage of the gifts that the earth gives us.”

To learn more about Ancilla Beef & Grain Farm and the Poor Handmaids of Jesus Christ, visit their website at poorhandmaids.org.