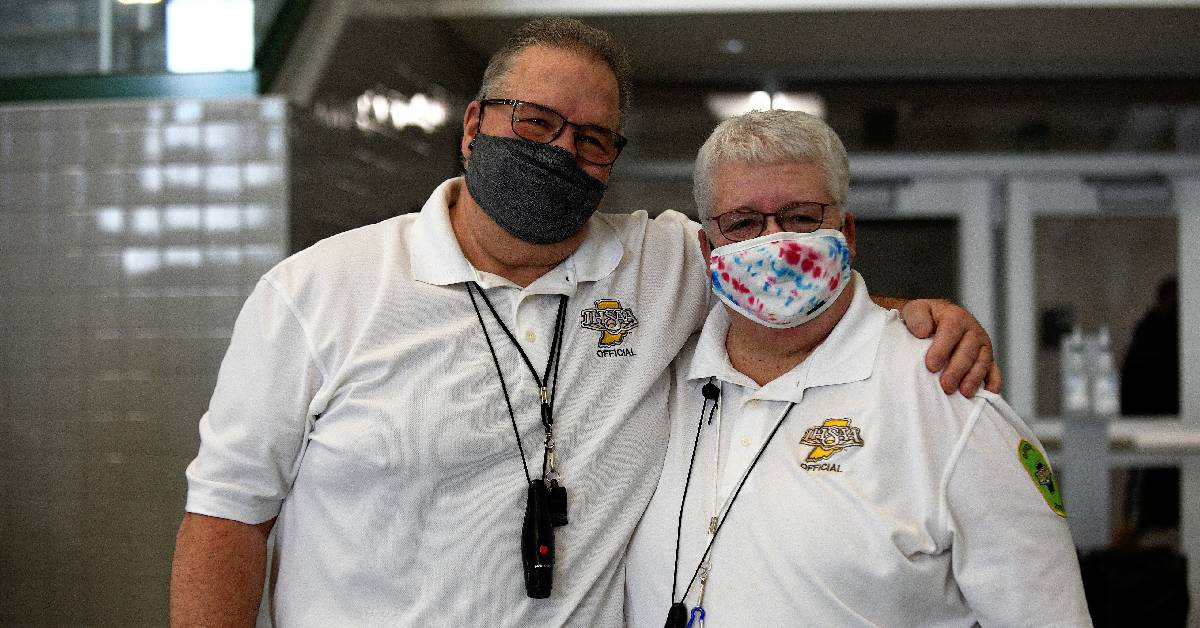 If you have attended a Northwest Indiana swim meet, chances are you saw Roger and Gloria Dombkowski officiating. The duo are now hanging up their white shirts after 37 years of officiating. They were honored today at the annual Highland Swim Invite, the last of which they will officiate.

“Roger and Gloria have personally affected the lives of every swim coach,” said Highland High School coach Ryan Harrington in a heartfelt letter to the couple. “They have watched us grow as little swimmers, to high school swimmers, followed our college careers, and welcomed us back as coaches.”

Gloria teared up as she and her husband were handed plaques in recognition of their dedication. The two had started officiating when their children were little.

“The first memory I ever had of swimming was when our sons were six and seven years old and I was watching them from the stands,” said Roger Dombkowski. “I was sitting there and I thought, ‘This is really boring, I need a job.’ So that’s when we started officiating.”

Gloria holds the distinction of being the second woman to ever officiate a state swim meet. Her best friend was the first.

“Watching all these guys that are now swim coaches and athletic directors that swam with our sons is probably what is most memorable for me,” said Roger.

“Swimming is a family,” added Gloria.

The two plan to spend more time with their grandchildren and vacation more, but they will maintain their license one more year in case help is needed as there is a shortage of officials.

“No matter where we go in the state, no matter what pool we walk into, somebody yells ‘Hey Roger, hey Gloria,” said Roger, smiling proudly.

If you see the duo out this season, give them some well-deserved appreciation—they may even share a story or two.