Safety should always come first in the workplace.

But yet day in and day out we read or hear about workers being severely injured or killed while working.

Today was another unfortunate example of workplace dangers. This time it was on the Borman Expressway ( I-80/94 ) when a construction worker for Walsh Construction from Gary was hit and killed in a construction zone by a car at 1:30 in the morning.

The driver of the vehicle fled, and police are searching for him this morning. 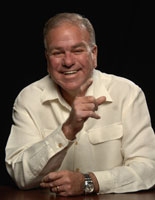 Unfortunately most of us will forget about this in a day or so. We’ll feel sad for the victim’s family for a minute or two.

It won’t be long before we’ll read or hear about another worker killed in a tragic workplace accident. It could be a highway worker, such as this morning, or a steelworker, or a carpenter, or electrician, or just about anyone who has a job doing anything.

The only ones not at risk of workplace injury are people who are unemployed. Even office workers face some risk, albeit probably minimal.

And yet we also read or hear about jury verdicts to some poor soul who was somehow severely and permanently injured, or killed, in a workplace accident. Often these verdicts are in the millions of dollars. Often the public is outraged at the amounts of damages jury award to victims and/or their families. Unless of course it’s you, or your family member.

More often than not that perception spills over into negative perceptions of personal injury attorneys. They’re called ambulance chasers by some.

The connection people fail to make is that without personal injury attorneys, large penalties in the form of jury verdicts in the millions, companies would have no incentive to make a safer workplace.

For example, why should a company spend $5,000 or $10,000 for a railing around a catwalk? Sure, it would make it safer but they have a good safety record and no OSHA violations.

Boom! Next thing you know your husband, or father, or son just slipped and fell 30 feet and broken several bones. Or worse. Maybe paralyzed, or even killed.

One thing I’ve learned since my time working with Kenneth J. Allen is that a personal injury law practice is not about how much money can an attorney make, but rather incentivizing employers to routinely scrutinize its practices and equipment from a safety standpoint.

Without those PI attorneys out there to advocate for workers and safer workplaces, that poor soul who just fell 30 feet has little, if any recourse short of worker’s compensation.

So the next time you read or hear about a $10 million or $20 million injury verdict, think about the company that may have been negligent about workers’ safety, and not about that PI attorney, who rightfully should be commended not dissimilar to a physician who just saved the life of someone.