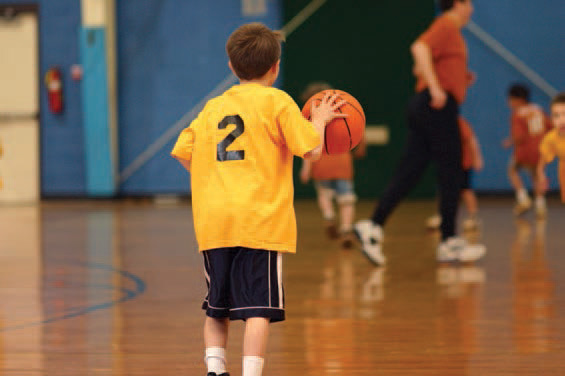 From the Winter 2013 Healthy Minds publication

One of the hallmarks of attention deficit hyperactivity disorder (ADHD) is fidgety, restless behavior. That’s why many kids with ADHD wiggle and squirm whenever they’re asked to sit still for any length of time. To release that restless energy, kids with ADHD need to get plenty of exercise.

Research is finding that staying active not only lets kids with ADHD burn off steam, but it also can help with issues such as:

When used along with traditional ADHD treatments such as stimulant medicines and counseling, regular fitness can have a positive impact on a child’s ADHD symptoms.

Exercise and the Brain
Exercise isn’t just good for toning muscles. It can help keep the brain in shape, too. When kids exercise, their brain releases chemicals called neurotransmitters. Neurotransmitters include dopamine, which is involved with attention.

The stimulant medicines used to treat ADHD work by increasing the amount of this same chemical in the brain. So it makes sense that a workout can have many of the same effects on children with ADHD as stimulant drugs.

In studies published in the Archives of Clinical Neuropsychology and Attention Deficit Hyperactivity Disorder, kids with ADHD who exercised performed better on tests of attention, and had less impulsivity, even if they weren’t taking stimulant medicines.

Brain activity. Exercise increases activity in parts of the brain related to behavior and attention.

How Exercise Helps Thinking & Behavior
One of the areas in which kids with ADHD have particular trouble is with executive function. That’s the set of problem-solving skills we use to plan and organize.

A lack of these skills makes it hard for an ADHD child to remember to finish his homework or to take his lunch with him when he leaves for school. There is some evidence that exercise improves executive function in kids with ADHD.

Many kids with ADHD also struggle with social interactions and have behavioral issues. Participating in sports can have the added benefits of improving both of these areas.

In studies, kids who exercised got in trouble less often for disruptive behaviors such as talking out of turn, name calling, hitting, moving inappropriately, and refusing to participate in activities.

Beyond helping ADHD symptoms, there are many other reasons to get kids to exercise. Engaging in regular fitness activities can help kids:

Health experts recommend that kids get at least 60 minutes of moderate to intense exercise every day. How they get that exercise - bike riding, swimming, playing soccer - doesn’t really matter.

But there is evidence that getting outside, spending time in nature can calm the storm in some kids with ADHD. In one study, just a 20-minute walk in the park helped kids with ADHD concentrate better.

Because of all these benefits, exercise can boost the effectiveness of ADHD medicine when they are used together. It can also help kids who haven’t responded to stimulant drugs or other ADHD medications.