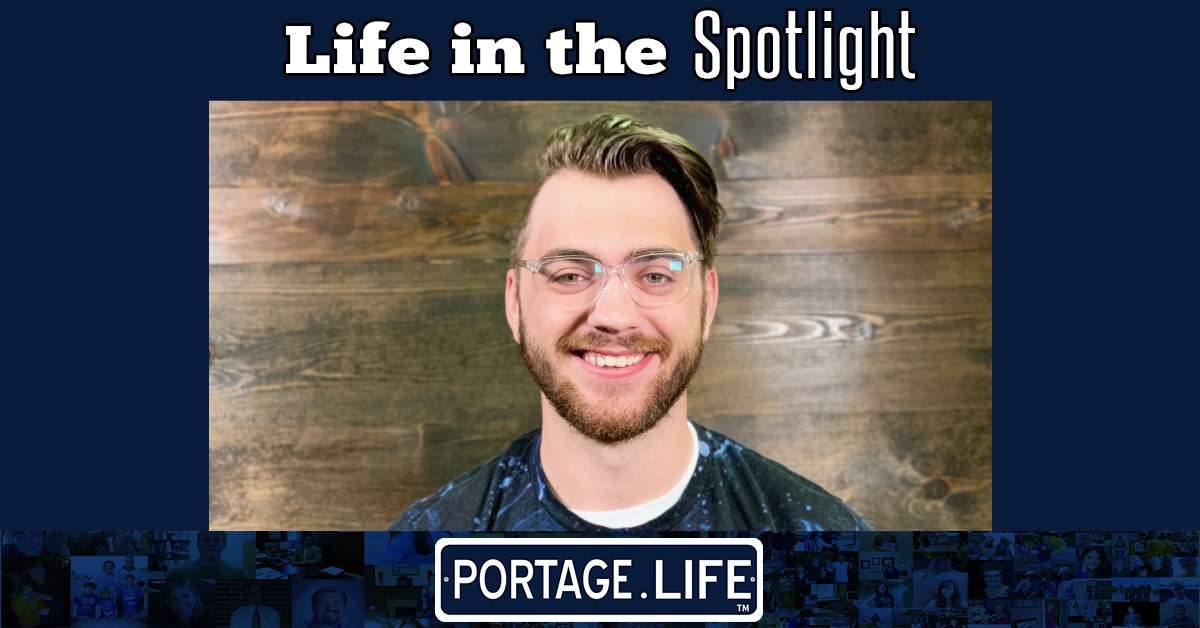 “My true passion is developing the next generation and being someone they can rely on.”

This is what Zachary Rudd had to say about his work at Real Life Community Church in Portage. Working as the Worship and Student Ministry Director there for three years, Rudd has made it his mission to be a strong role model in the community.

“The church has always done a great job in serving the people of Portage,” Rudd said. “It has dedicated itself to reaching out to people all over the community. When the opportunity arose to be the Worship and Student Ministry Director, I took that position because helping the church achieve its goals was something I wanted to be a part of.”

Rudd explained that he had plenty of people supporting him during his youth, especially when his father passed away, and that ultimately is what motivates him in his work today.

“I want to be that person who is able to guide others when they need help the most, just like those people did years ago,” Rudd said. “I want to pay it forward.”

Rudd stated that serving the community means working with those who are less fortunate and need help. He described it as a learning process.

“In my years of working in the position, I’ve learned the virtue of patience,” Rudd said. “It’s a valuable trait to have. There are times when we want to get things moving fast, but sometimes taking it slower puts things into perspective and really makes us more open-minded in the process.”

Rudd further stated that the single most important trait someone can have in his position is the ability to connect with others and form strong bonds. It is the core component of his position.

“A role model is someone who is both compassionate and not afraid to be honest,” Rudd said. “Being genuine really helps people empathize with you and be hopeful.”

Working as the Worship and Student Ministry Director has been an incredibly rewarding journey and has helped him grow both in his faith and as a person.

“This whole experience has been awesome, I wouldn’t trade it for anything,” Rudd said. “I love doing what I do and being a part of this church has changed my life for the better.”

In addition to working with the church, Rudd also coaches the Varsity Girls Basketball team at Portage Christian School.