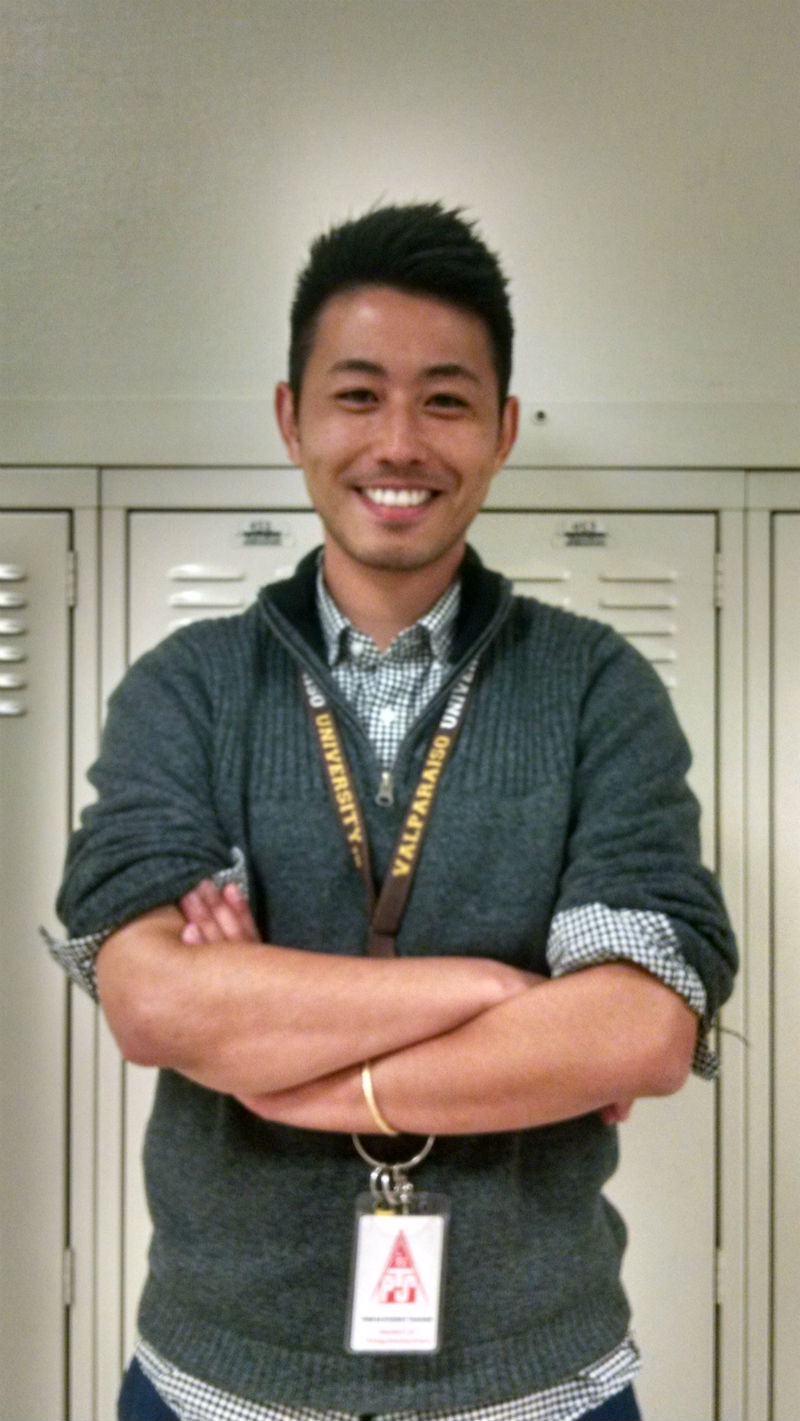 Guzman grew up all over the world. He lived in Santiago, Chile until he was 11 months old. At that point, he moved to Tokyo until he was finished with elementary school. Then, he moved back to Chile for middle school. After middle school, he moved to South Korea for high school where he picked up English. His first language is Japanese and his second is Spanish.

After high school in South Korea, Guzman came to the States to study at Valparaiso University. He earned his undergrad diploma originally and then moved back to Japan. After working there for a few years, he came back to earn his masters.

Guzman said he chose to attend Valpo University because of a few different factors. He wanted to play soccer in school and he wanted to attend a school on the smaller side somewhere not too crowded. Also, his father was from Valparaiso, Chile where the high school mascot is the crusaders, just like it is at Valpo University.

Guzman feels that traveling around the world growing up helps him as a teacher because it helps him understand students from different backgrounds. Since there are so many different cultural backgrounds in the US, he feels that all the traveling he has done has opened his eyes to understand the students and it is now easier for him to make connections with them.

Teaching has always interested Guzman because of his family. His father is a professor in Japan and his mother is a language teacher.

"The reason I loved being a student growing up was because of the teachers. The teacher chemistry helps make the school environment positive," Guzman said. "I understand there are students who are not fortunate enough to experience that fun learning experience."

Currently, Guzman is teaching Spanish as a student teacher at Portage High School.

"I never thought I could teach my second language with my third when I was little," Guzman said. "If I can do it, a lot of people can. I'm just an ordinary guy."

"You think teachers know everything, but we don't," Guzman said. "We are learners just like you guys. There are always students with fresh ideas. I love teaching because I get to see and hear those ideas."

According to Guzman, learning a language not only tells you the vocab and grammar but it also helps to understand the cultural history of it.

Although Guzman is not sure where he would like to teach, he wants to travel to Asia and teach in some of the poorer fast-growing countries there. He said they need a good education and that there are a lot of international schools opening.

Guzman plans to teach but also wants to eventually plan school events for the students. In his high school, there was a special week called Discovery Week where students would travel outside of the country to learn and experience it for different classes. Guzman wants to be able to plan events like this, although he realizes that he will have to start out as a teacher.

"It's something I definitely want to do in the future, but I have to start at the bottom, which is teaching class and understanding students," Guzman said.

Guzman loves playing soccer outside of school. Because of growing up in a family where everyone loved art, he loves anything having to do with art, including photography, Adobe Photoshop and Adobe Illustrator.