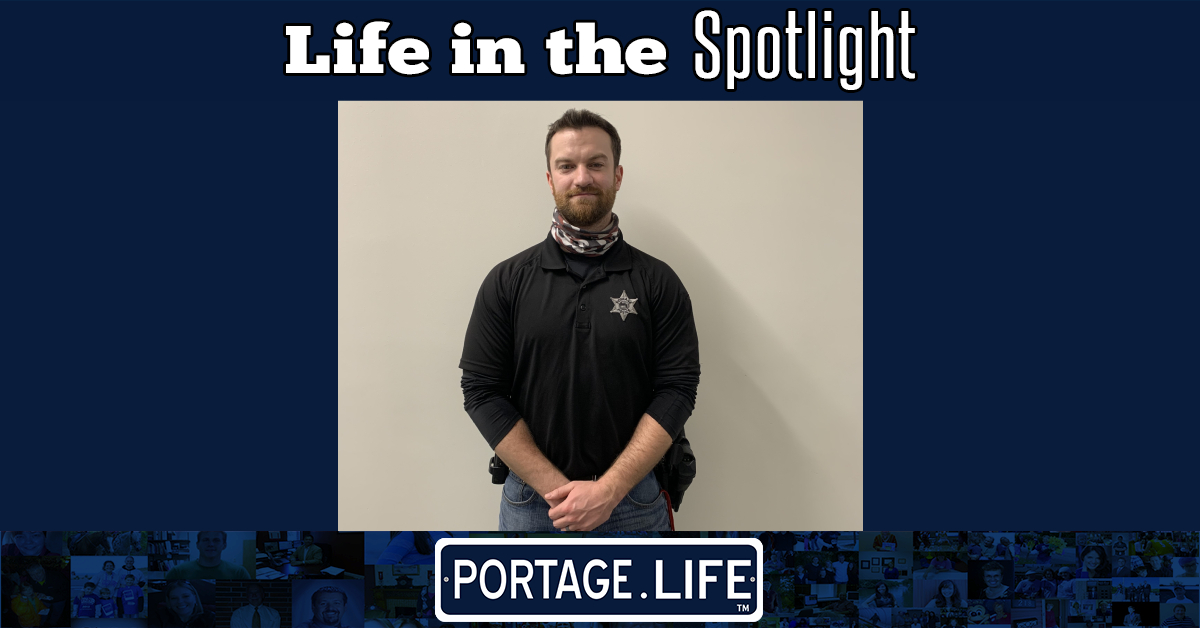 Trent Howard is a man dedicated to the shaping of children’s lives all over the City of Portage. As a School Resource Officer (SRO), Howard works to serve as an exemplary role model for youngsters and encourages them to do their best in life.

“Working with kids and helping them through their lives is where my heart has always been,” Howard said. “Even before I began my work as an SRO, I’ve always strived to be the light during stressful times and to be a reliable individual.”

Howard has been with the Portage Police Department for six years, periodically taking a part-time role as an SRO. He stated that being an SRO was always something he wanted to do. Then one day, a full-time SRO position with the Portage Township Schools opened up, and he jumped at the opportunity. He was offered the position this past August.

“The mindset I carry every day at work is one of positivity and guidance,” Howard said. “Since they spend a sizable chunk of their day at their school, I act as a solid adult role model for them, especially for those who don’t have one in their daily lives. At the same time, I also want to be a fun person to be around, so I want to be a friendly resource for them as well.”

In addition to his work as an SRO, Howard coaches in his free time ranging from travel baseball teams to Little League. His affinity for sports comes from his time as a minor league baseball player at Central Michigan University. In fact, he was drafted by the Baltimore Orioles in the seventh round. During the off-seasons, he would come back home and work part-time as a coach.

Howard stated that his biggest inspiration is his wife Alexandria, who is a teacher at Portage High School. He describes her as the best person he has ever known.

“She has such a heart for helping other people, especially her students,” Howard said. “She is the model of charity and goodwill that inspires me and others. I want to mirror that in my own work.”

“I’m very fortunate and thankful for my experiences and they have shaped me into the person I am today,” Howard said. “I’m happy about where I am at now. I’m going to keep moving forward, working harder, and getting better.”