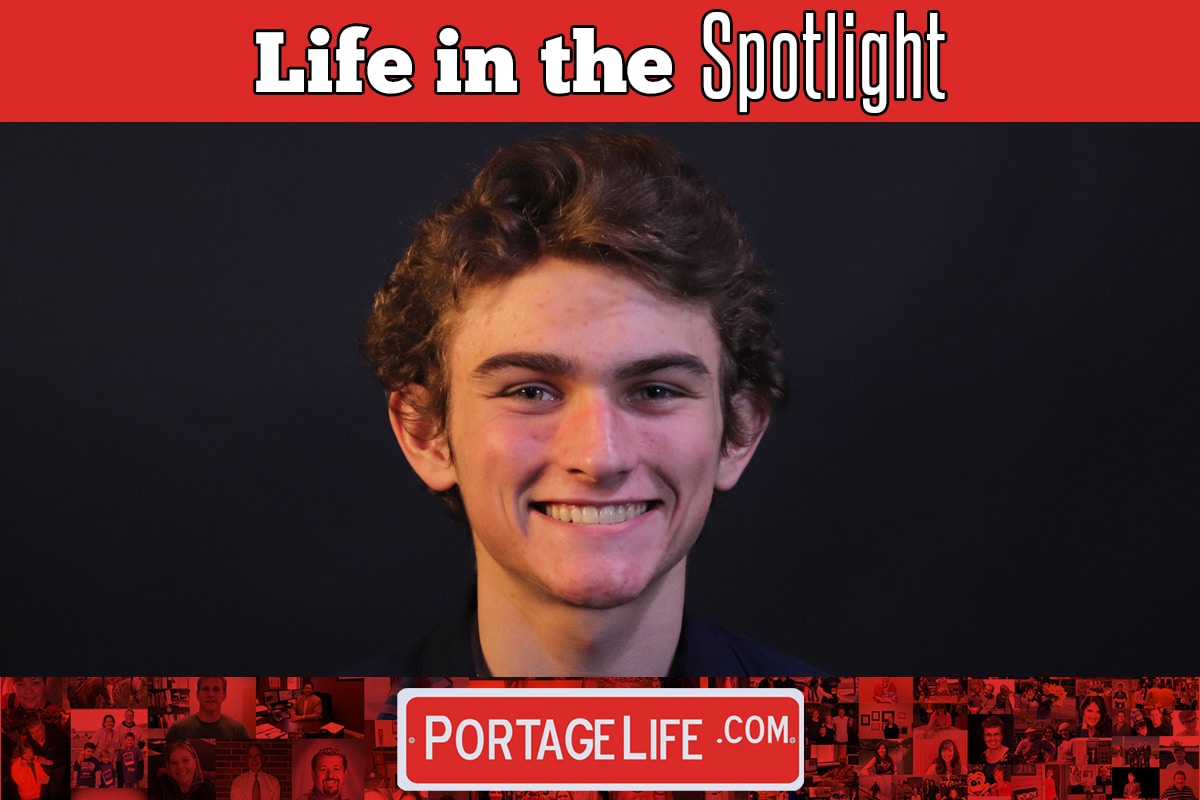 Most high school kids would probably view a five-mile run at seven in the morning as the stuff of nightmares, but for Tommy Elwood, a junior at Portage High School, this is what a typical morning looks like.

Elwood is a proud member of the cross country and track teams, and for him, running is everything.

“I love running because it makes me feel free,” Elwood said. “When I’m out there putting in miles it’s just me, my feet, and my shadow doing my thing.”

To the inexperienced onlooker, running might seem fundamentally simple, straightforward, and somewhat boring – just one foot in front of the other; Elwood begs to differ.

“A lot of people don’t understand that it’s more than just running,” Elwood explained. “There’s a science behind it, and it relates a lot to life as well.”

While many young runners struggle to handle nerves on race day, Elwood sees it as a great part of the racing experience.

“When you’re on the bus ride on meet day you definitely feel the nerves, but as you arrive and begin to warm-up they start to fade,” Elwood said. “Once the starting gun goes off, they’re completely gone, and you’re just out there doing your thing.”

Of course, overcoming nerves comes a lot easier when you have a trusted coach to guide you. Lucky for Elwood, he has exactly that in the form of his coach Tom Erickson. Elwood attributes much of his commitment and love for the sport to Erickson, who has become a strong mentor in his life.

“I see Coach almost every day, and we’ve really bonded closely over the years,” Elwood said. “He knows me on a personal level, and guides me not just in running, but with life as well.”

Elwood started running back in 6th grade, and has embraced every stride since. Now, he’s taking all he’s learned through Erickson, as well as his own experience, and helping the next generation of runners find their way in the sport, starting with his younger brother Luke, a freshman on the team.

“It’s good seeing him learn from the mistakes I made, and help him work through his own mistakes as well,” Elwood said. “We have this friendly rivalry where we’ll push each other to beat each other’s times, and that’s given us a stronger bond that developed into an ‘I’ve got your back’ mentality.”

“It’s a special opportunity to be able to run with Luke,” Elwood continued. “I get to see him accomplish all these things through sports, which eventually translates into life.”

Of all the lessons Elwood had learned through running, he said the biggest one has taught him to see failure in a new light.

“Running has taught me that failures can always turn into success,” Elwood said. “If you don’t succeed at one race, but learn from it and change the way you approach your training, your stride, and all the little things, it turns out not to be a failure at all. You can always learn something from any race or obstacle, and turn it into something bigger than yourself by changing how you approach the process.”

When he’s not logging miles, Elwood pursues his second passion of photography through the PortageLife #1 Student program, where he recently became a member of the coverage team in January.

“I’ve always really liked photography, especially for baseball games,” Elwood said. “I started taking pictures of my brother’s baseball team when he played, and discovered a real passion for it. I love seeing moments come to life and develop through photographs, especially when it comes to action shots in sports.”

Though he’ll be a senior next year, Elwood has no intention of hanging up his spikes any time soon, and plans to pursue opportunities to run in college in the future. His legs undoubtedly have hundreds of miles in them already, but for a true runner like Elwood, there could never be enough.

“The training can be taxing, but it’s something that you know will pay off,” Elwood said. “This is something I can picture myself doing for a very long time.”