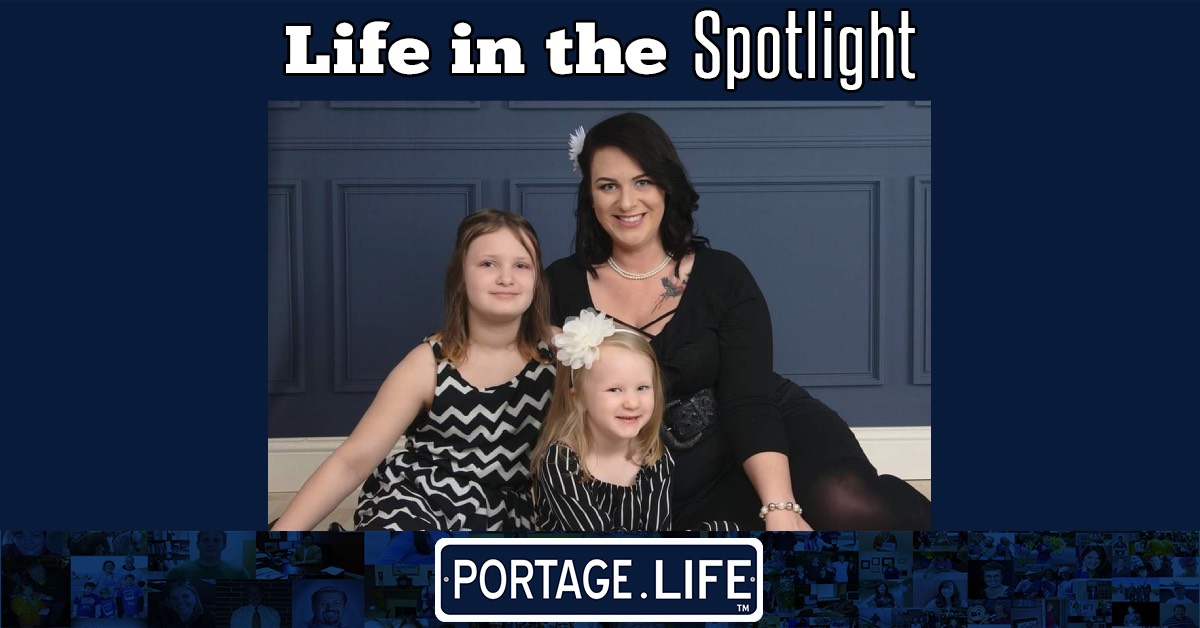 Some people like to have their whole lives planned out. They know what they want to pursue in life and where they want to end up. Other people, though, are more free-spirited. They go where life takes them and see what happens, and most of the time they end up doing something more incredible with their lives than they ever could’ve imagined on their own. Sierra Quill is one of those people who let life guide her, and she’s so happy to end up where she has.

Quill bounced around quite a bit when she was younger, and grew up a little bit everywhere, but she likes to say she grew up in Hobart. She graduated from Portage High School in 2010. After graduating, she just went with the flow, not really sure where she wanted to go with her life. She had two daughters and worked hard simply to take care of them and pay the bills.

One day during the pandemic, Quill saw an ad for Paul Mitchell the School, an accredited cosmetology school, and on a whim decided to give something new a try. Little did she know she would fall in love with cosmetology and discover her life’s passion.

“It's crazy because I didn't grow up my whole life thinking, "Oh, I want to be a hairstylist.’ In high school, I was a huge tomboy. I wore baggy t-shirts and never wore makeup. I literally just saw an advertisement for Paul Mitchell, and I've always liked drawing and art, and I saw that it was an 11-month program and I said, ‘No problem. I can do 11 months and get a certificate.’ So, I went and just really got into it. It was one of those things that I just clicked with," said Quill. "It just felt natural, and I fell in love with it."

Quill spent about a year and a half attending Paul Mitchell the School in Merrillville and graduated in the fall of 2021. After graduating, she did an apprenticeship program for a while, but she wasn’t as hands-on with clients as she wanted to be, so she quit and started doing her own thing. She began to cut hair for elderly and disabled people who have a hard time leaving their homes.

Her experience cutting hair for people in their homes was very eye-opening for Quill and helped her realize how much she enjoys serving people. One experience in particular constantly reminds her of how meaningful her work is to her.

An elderly couple reached out to her and asked her to cut their hair the way it was on their wedding day. Quill cut their hair, and they were thrilled to relive the memories of their wedding together. A few weeks later the woman reached out to Quill to tell her that her husband had passed away, but that she was so thankful for giving them such a memorable moment together in his last weeks. That moment touched Quill’s heart and showed her how important her work is to not only her but the people she serves.

Currently, Quill is working two jobs to support her family. She is a hair stylist at Hair Cuttery in Portage and bartends at Texas Roadhouse. Bouncing back and forth between two jobs and raising two kids makes life a little stressful for Quill. Many people might hold onto this stress and let it weigh heavily on them, but Quill works hard to let things go. She refuses to let these negative feelings bring her down and tries to have a positive outlook on life.

“Everything kind of just rolls out how it's supposed to. Is it stressful? Yes. Am I still allowed to be upset about it? Definitely. At some point, though, I just have to laugh and go ‘Well, that's just my life,’” said Quill.

Quill has been finding ways to create more balance in her life and make more time for herself. It’s difficult, but she’s already found outlets that help her feel more balanced. Whether it’s taking some time to read, watch a movie, or go out to eat on her own, she enjoys taking that time to care for herself. Meditation has really helped Quill find some extra calm in her life.

“Over the last year, I've really tried to get into meditating and stuff like that. It’s actually been really helpful. Again, it's hard to practice it every day all the time, but it's nice to just be able to find that calm spot,” said Quill.

Quill is endlessly grateful for her daughters and everything they’ve done for her. She feels that they’ve really given her a purpose and that they push her to keep going even when she feels like giving up. They’ve helped her to be more lighthearted and look at life more positively.

“They keep me youthful and help me be able to enjoy the little things in life. Being with them helps me stop and be a little kid at heart sometimes,” said Quill.